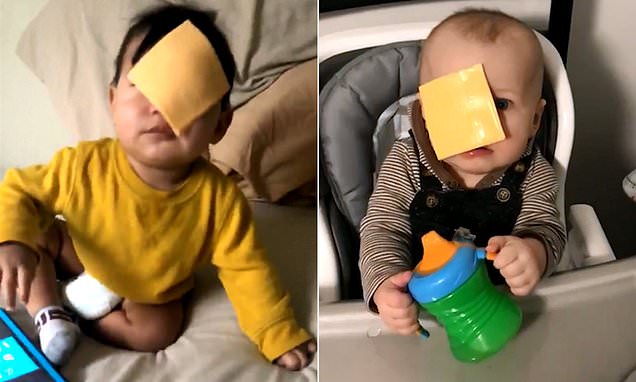 There’s always some sort of new “challenge” that sweeps the internet to keep the masses entertained. We’ve had the ice bucket challenge, the mannequin challenge and next up is the #cheesechallenge

The challenge is simple really. Find a baby or a small Billy Lid, and fling a cheese slice at its face. I believe the aim is to have it stick there, but I’m not bloody sure to be honest. 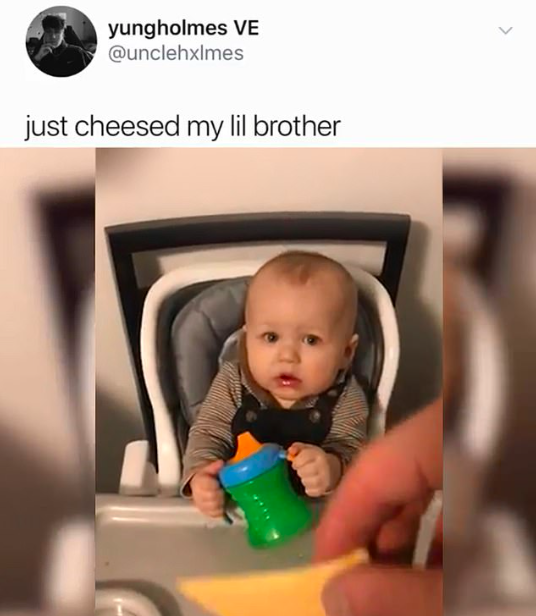 The original post from @unclehxlmes that started the whole sha-bang quickly went absolutely berserk and was viewed over 8 million times on Twitter.

After much attention, the post was deleted with @unclehxlmes admitting that it wasn’t actually his brother and that he’d ripped the video from another social media site and posted it as a joke. 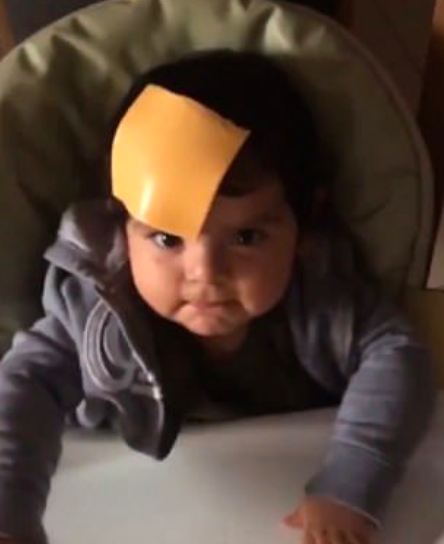 But the #cheesechallenge was already off like a shot. And it spread quicker than a bindi patch in the bush, with people happily taking video and photos of poor little Vegemite’s gettin’ slapped in the chops with a slice of cheese.

Check out a few of these lil buggers!

Some of the lil’ grubs took it on the chin with a laugh, some sooked it, while others made their very first “What The F**k” face. 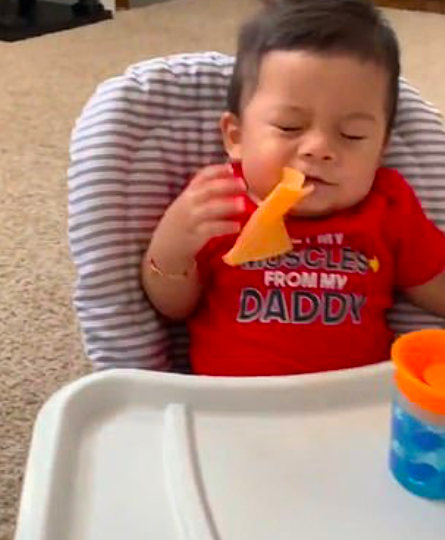 This little bloke might be creating a craze of his own. The cheese hat. Bloody owning it, on ya mate. 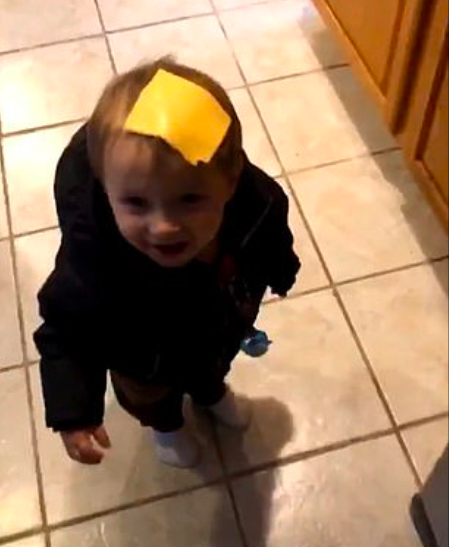 These sort of things always bring some politically correct twat out of the woodwork screaming that is just not right to “humiliate” your kids online… But have you ever seen a baby crying it’s guts out in the middle of Kmart? I can tell ya now that Mum is f**cken humiliated! So fairs fair if you ask me. 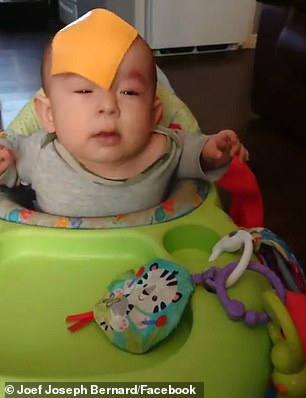 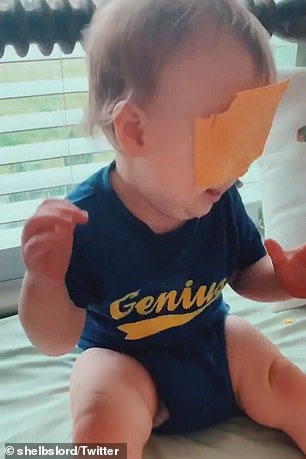 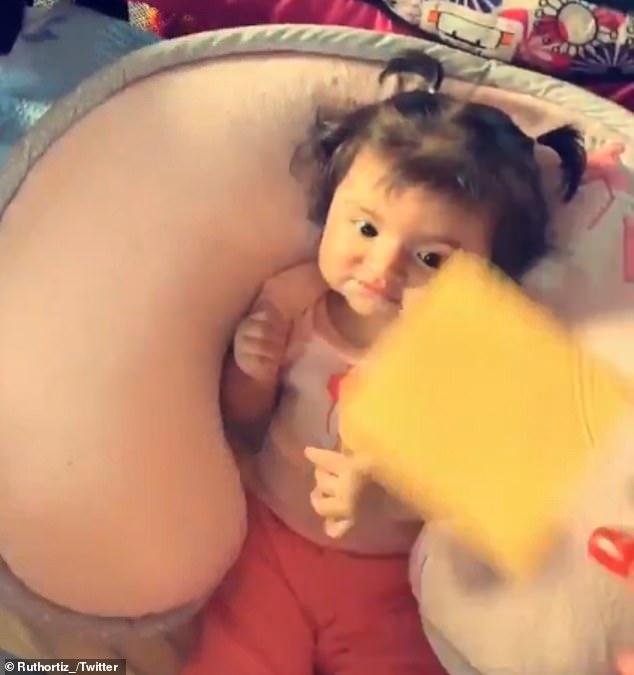 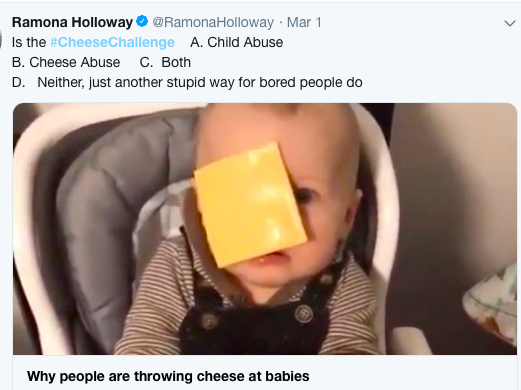 Final Thought: People are reminded that throwing a Kraft Cheese Single at a kids face is just a bit of fun! Chuckin’ a 1kg brick-sized block of Bega Tasty at the little bugger’s head is something entirely f**ken different.