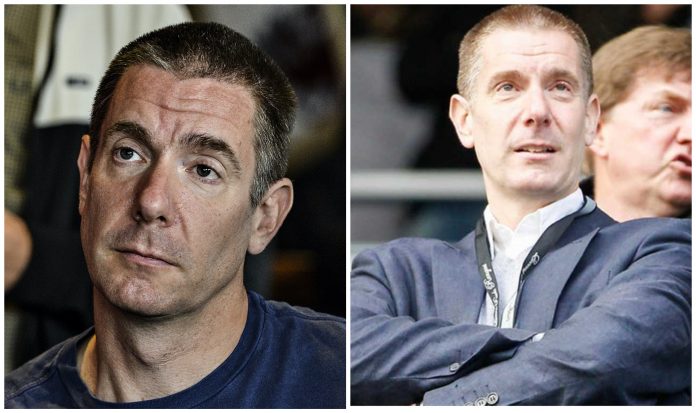 We’re gonna hazard a guess and say that if you’re familiar with the term ‘moneyball’ you’ve considered trying to make it work. Don’t get us wrong, we’re not suggesting you have the money to do it, we’re just saying that you’re probably wondering what it’d be like if you did. The reason for that is pretty simple: when it pays off, it pays off big-time. Fortunately, there are people out there who’ve done it – one of whom is Brentford FC Owner Matthew Benham. This bloke turned a $700,000 investment into more than 300 million. Check it out…

All right, we’re not gonna sit here and rehash everything that you can read down below, but we will point out that this is a pretty f**ken remarkable story. Of course, it couldn’t be done without a little capital – and this really is an example of a bloke who’s living the dream, but still…

A professional sports gambler used analytics to turn a $700,000 loan into more than $300 million.

To give you the context on this one, Brentford will play in the English Premier League this coming season. That’s the biggest soccer league in England, and it’s home to some of the world’s biggest players.

1) Let's start with some history…

Matthew Benham graduated from the world-renowned University of Oxford in 1989 with a degree in Physics.

He spent the next 12 years working in finance, eventually being named a VP at Bank of America.

But in 2001, he decided to change careers. pic.twitter.com/VHkJzLOjXA

3) After only a couple years, Matthew Benham and Tony Bloom had a falling out.

The exact reason why isn't clear, but by the time Benham left Premier Bet in 2003, the fire was already lit.

He wasn’t going back to investment banking.

He was a professional sports gambler now.

Now, you might be shrugging your shoulders and saying, ‘yeah, but so what.’ And you’d be forgiven for thinking that. After all, that league’s got like twenty teams, so someone’s gotta be in it.

With financial freedom, Benham was able to pursue his other passion — Brentford FC.

7) When Matthew Benham provided the $700,000 loan, he had the option to purchase the club should the fans choose not to repay the loan.

In 2012, the fans declined & Benham became the owner of his childhood team.

He decided to play "Moneyball." pic.twitter.com/nukU4E5WNn

Instead, they developed a set of key performance indicators that determined if they were making progress or not.

The thing is, the tiered football system in England means there are 92 teams in the top four leagues. When Benham took over at Brentford, they were facing relegation from Football League Two, the fourth tier division.

While the top clubs in the world were investing millions of dollars in their youth academies, Brentford decided to eliminate theirs completely.

Instead, they relied on a “B team” of 17-to-20-yr-olds that were rendered useless by other clubs.

13) This allowed them to find undervalued players, or market inefficiencies, that could come in, help the club win & be sold for record profits.

15) The true financial impact of Premier League promotion depends on how long Brentford can stay in England’s top league.

The longer they stay, the more they make.

So, basically, they were right at the bottom of those 92 teams. Now, with promotion to the Premier League, they’re in the top twenty, and they’re in the money – even if they do find themselves relegated back a division at the end of the coming season.

Not bad work if you can get it.

16) In a sport that has historically refused the analytical revolution, Matthew Benham decided to shake things up.

He saved his childhood team from bankruptcy, used his experience in analytics to create a competitive advantage & turned a $700k loan into $300M+.

Final thought: Yeah, f**k it, let’s spend a bit of time dreaming. What’s your sporting fantasy? Let us know in the comments section and we’ll all send a bit of positive thinking your way.

Just in case you missed it, here’s one of Ozzy’s latest commentary videos…Ozzy Man Reviews: Getting Shat On

Alternatively, CLICK HERE for all your merchandise needs. Cheers!

As you know, we bloody love an interesting wildlife story here at Ozzy Man Reviews, and when we saw this one, we knew we had to share it with you. The poor f**ker in this story was diving for lobster when a f**ken hum...

Joe Rogan’s a bloody interesting character. Immensely popular, often controversial, and frequently maligned, you can’t deny that he fits a pretty specific niche in the pop culture landscape: a niche that, according to...

Life behind bars is quite obviously tough. Don’t get us wrong, we know that sounds a bit patronising, but it’s just the reality of things. After all, the whole point of the place is to take away freedoms. Of course, t...

Yeah, nah, get your tinfoil hats on, folks, because there’s some serious s**t going down right now. In a total blink-and-you’ll-miss-it moment of complete f**kery at the New York Times, a pretty f**ken suspicious arti...

One of the natural disasters we tend to overlook here at Ozzy Man Reviews is the bloody sinkhole. Yeah, nah, these sneaky f**kers can cause massive damage and harm, but for some reason, they don’t seem to get the atte...