These monkeys from Panama have entered The Stone Age

Monkeys are pretty bloody awesome little critters. They can wear hats, they can smoke cigars, and they can steal your f**ken wallet. In some ways, they’re already nearly human. The only thing holding them back has been that pesky evolution thing. Fortunately for monkey-kind, some of the cheeky little bastards are doing something about that. A tribe of capuchin monkeys from Panama has been observed using stone tools to make their lives easier.

That’s right, a barrel of white-faced capuchins have entered the Stone Age and begun using tools to break nuts and shellfish. With that in mind, it’s only a matter of time before they start wearing leather jackets, doing vast quantities of drugs and ripping out guitar solos that’ll melt faces.

In all seriousness though, these white-faced capuchins are actually the fourth group of primates to enter the Stone Age since we humans (well, most of us) did it back in the original Stone Age. A cartload of chimpanzees in West Africa also use stone tools, as do a troop of macaques in Thailand who presumably shoot little ping-pong sized rocks out of their monkey hoo-has, and another barrel of capuchins from South America who may have been using stone tools for 700 years! 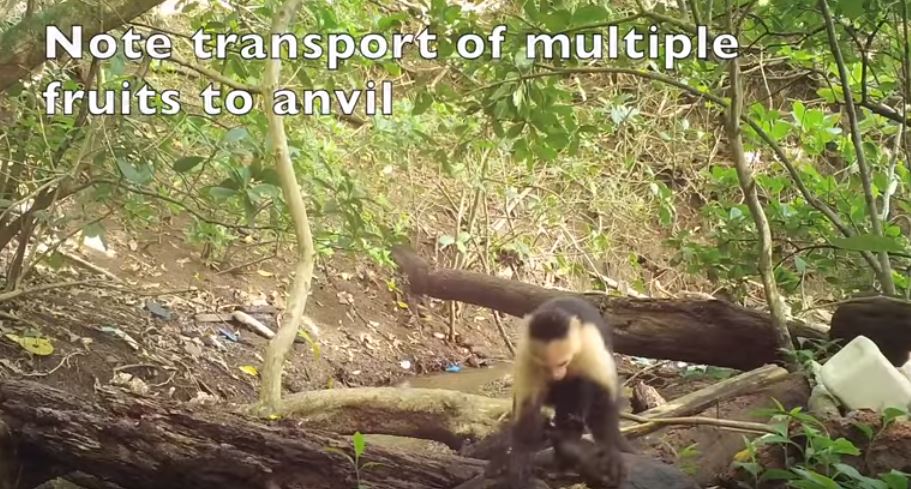 A bit of a system going on here. Credit: Brendan Barrett

What researchers have found interesting with these particular Panamanian capuchins is that only some of them have been observed using the tools. Only male monkeys from the island of Jicarón seem to use the tools even though the monkeys move freely from group to group. 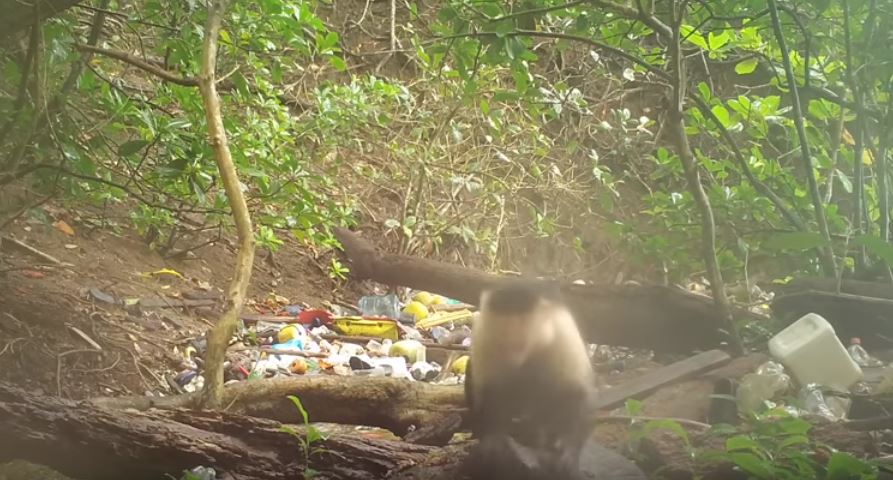 The lead author of the study, Brendan Barrett, told New Scientist that, “We were surprised that this behaviour appears to be geographically localised.” They’re not yet sure why the innovative use of rocks to smash open coconuts, crabs and snails hasn’t become more widespread, but they’ve suggested that it might be about food supply and that in times of low food, it might be more necessary for monkeys to resort to the technique. 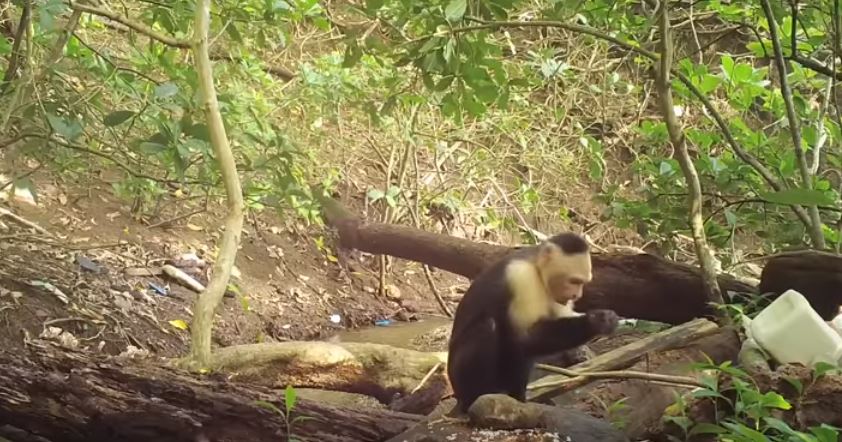 Final thought: For my money, it’s clearly the start of a patriarchal system of tool use for these Panamanian monkeys. Only blokes are allowed to use the tools – and only the blokes who are cool enough to hang out on Jicarón Island. Either that or the reason the experts suggested. You decide.

Just in case you missed it, here’s one of Ozzy’s latest commentary videos…Ozzy Man Reviews: Battle of the Cup