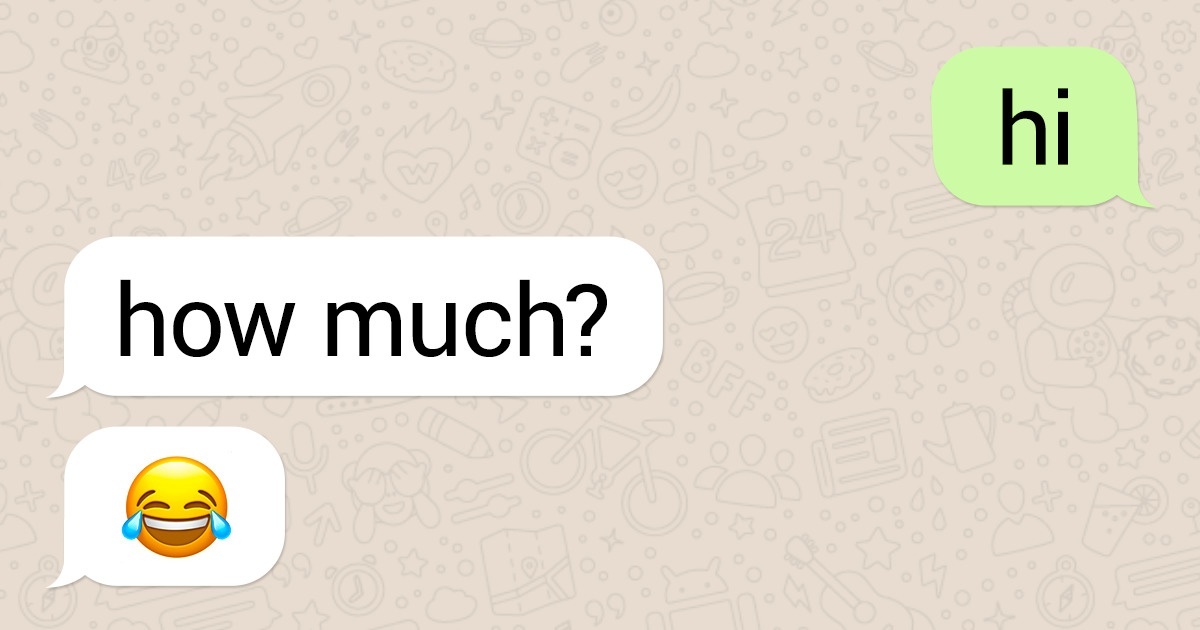 If there’s one thing dads are known for it’s their ability to make a dreadful pun out of pretty much any situation. Fair dinkum, it’s like as soon as baby’s conceived, they develop a superpower that lets them develop a weird sense of humour that forces their kids to cringe in shame, and other Dads everywhere to stand around guffawing. These days, though, it’s not only something that happens in person. Yeah, nah, smart-phones have let dad jokes go digital!

If your old boy is worth his salt, you’ll know all about dad jokes. These legendary puns exist in their own world of cringe-worthy awfulness, but if you don’t kind of love ‘em, you’re doing something wrong. 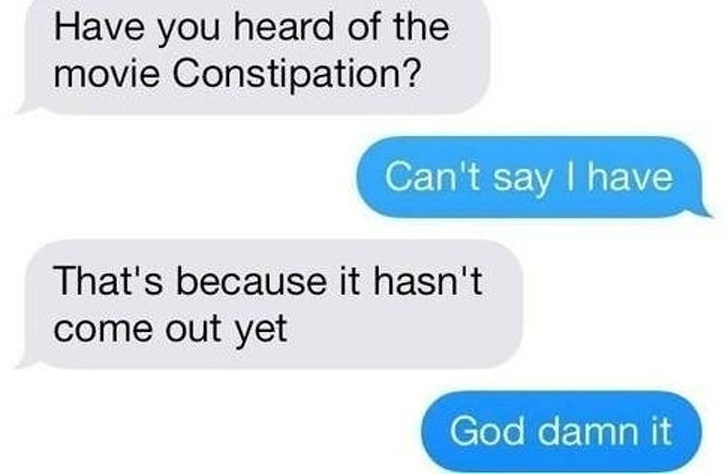 As mentioned above, though, it used to be that you had to actually be in the same room as your old man to enjoy – or should that be endure – his jokes. Yeah, nah, it should probably be endure. After all, the joy of a proper dad joke is that it exists for the amusement of the one cracking it more than anyone else. 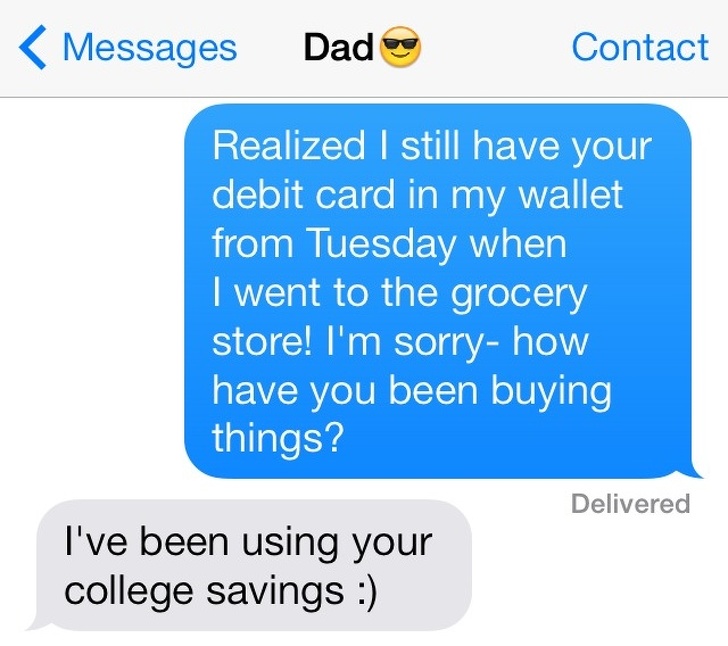 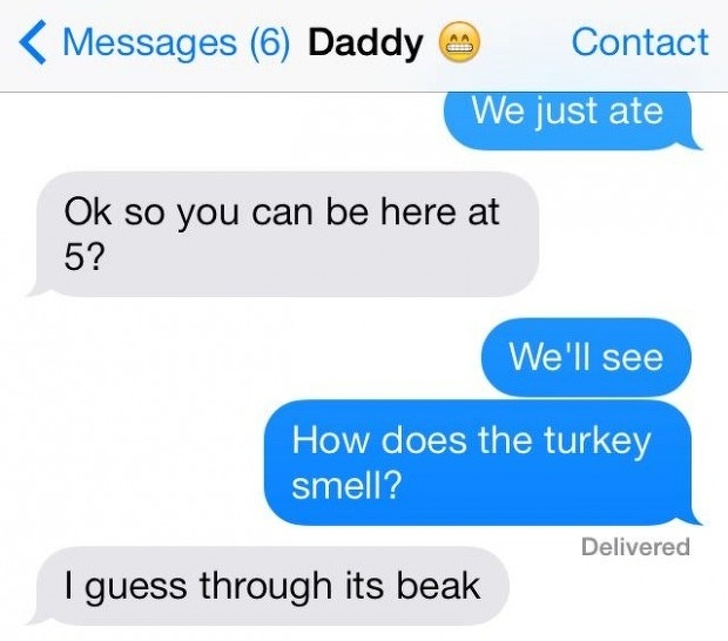 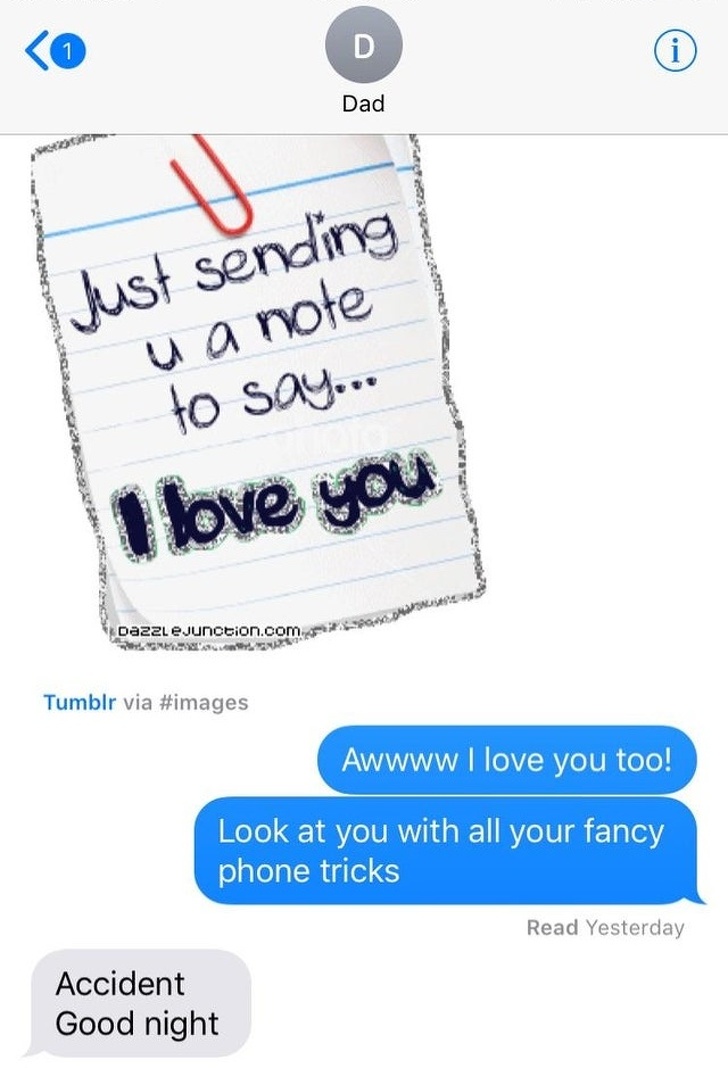 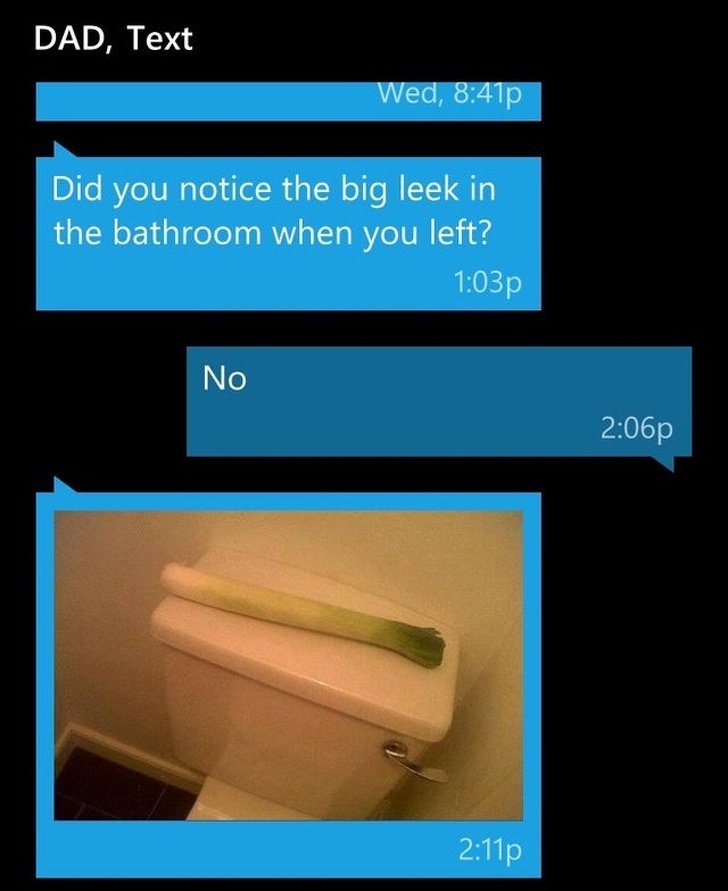 And that’s what makes them so good. While you’re standing there, telling your dad he shouldn’t be laughing at his own jokes, he’ll already be plotting the next one. 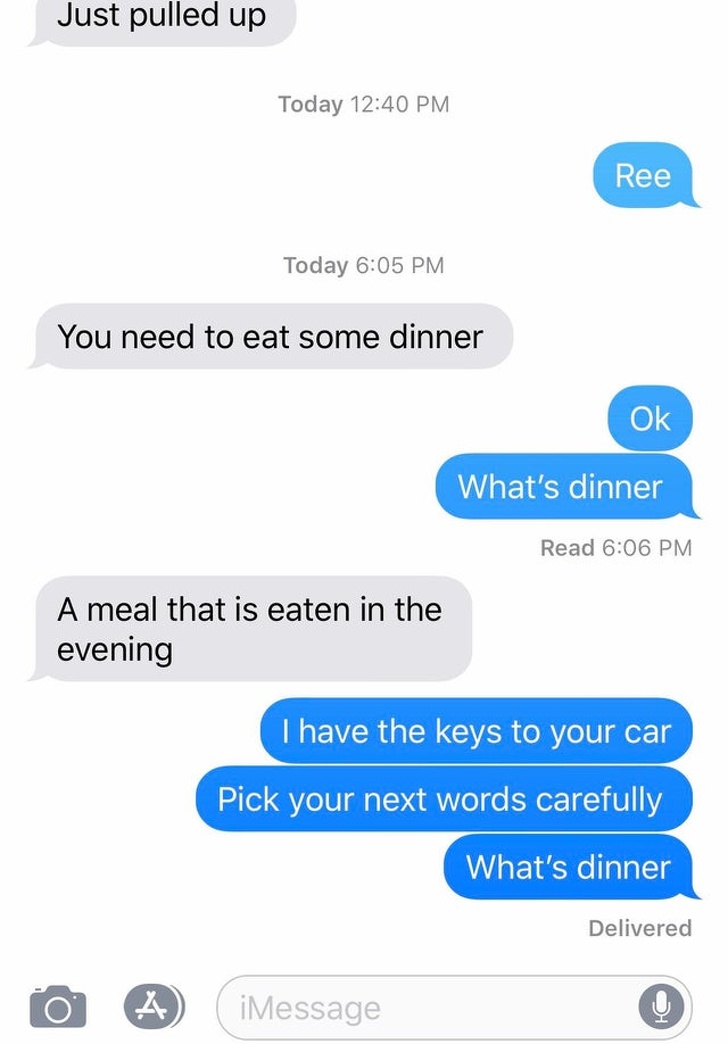 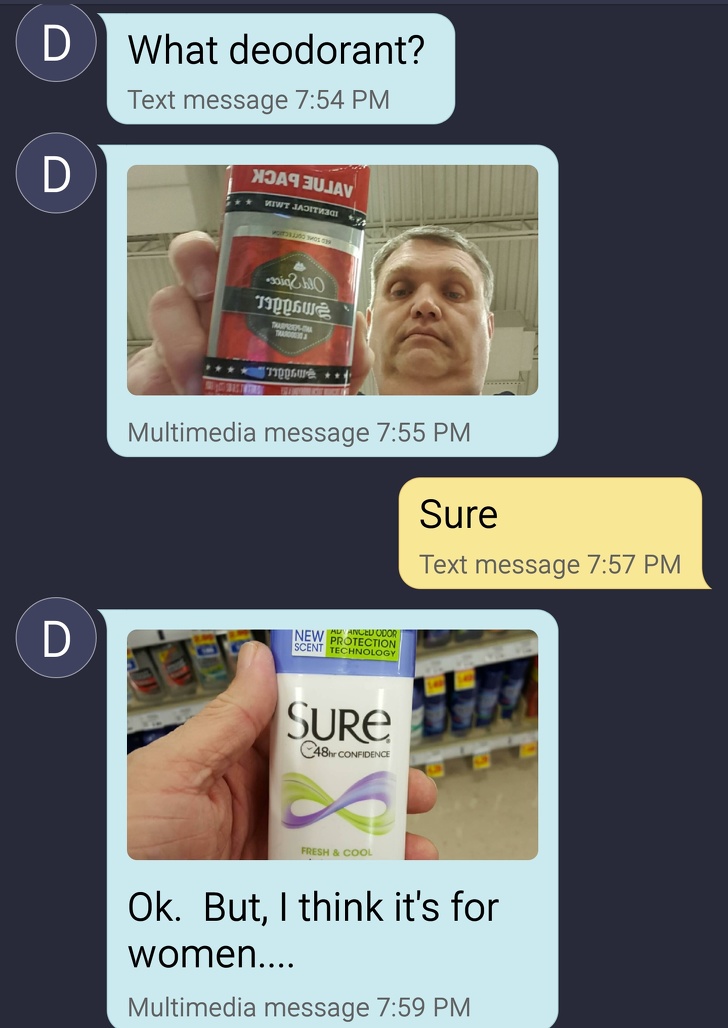 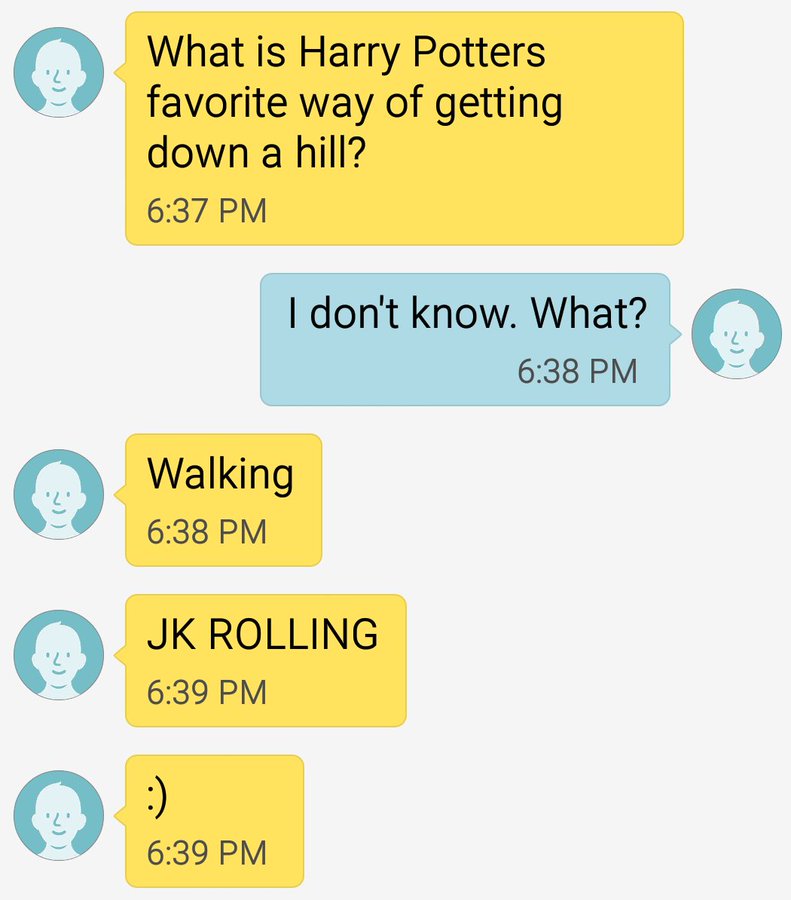 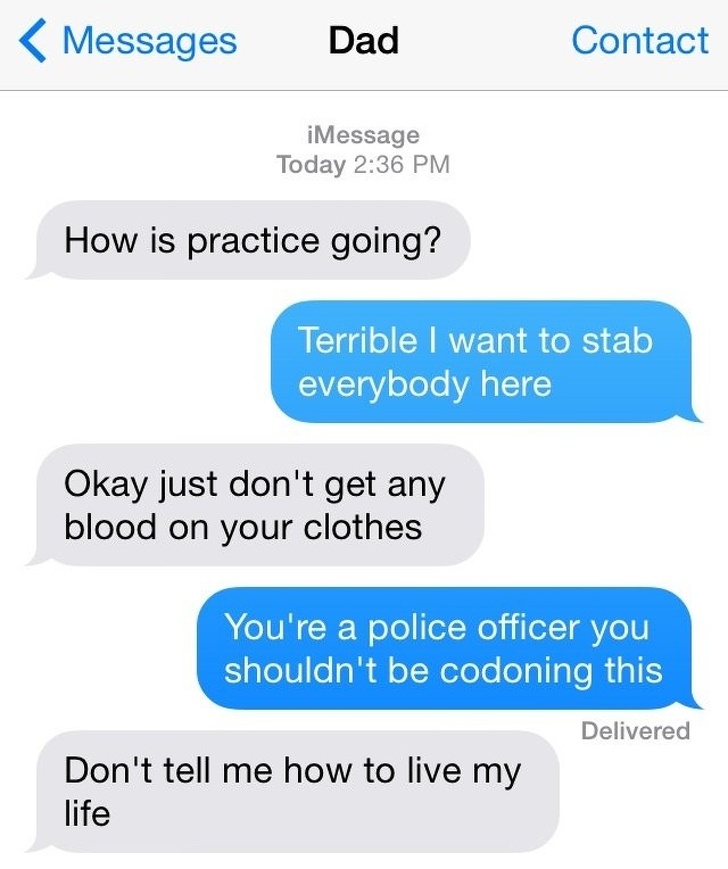 Anyway, as you can see from these images, plenty of dads have gotten past the problem of distance by taking their jokes into the cellular world. Deadset, once they got their mobiles, they knew they’d be using them for one thing only: Driving their kids f**ken crazy. 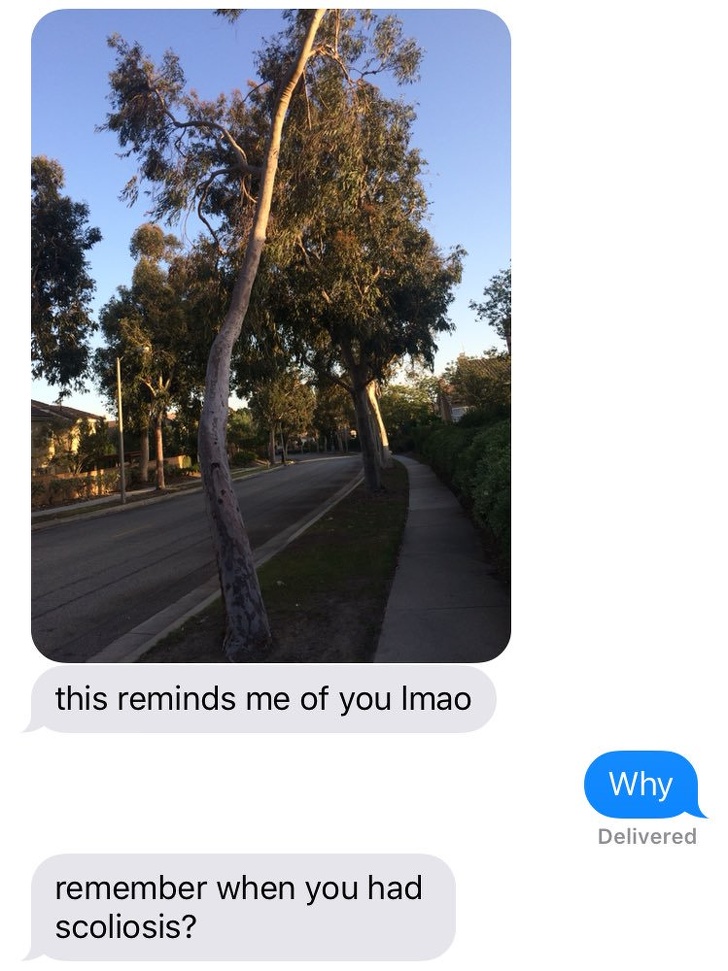 Final thought: We fair dinkum love these. Sure, some of them are a bit old, but the best Dad jokes get recycled time and time again. These conversations are no different. Anyway, this one goes out to the dads. You’re all top bloody blokes. This beer’s for you.

Just in case you missed it, here’s one of Ozzy’s classic commentary videos…Ozzy Man Reviews: Parenting

We all know that KFC’s recipe is a closely guarded secret, but that’s never stopped people from trying to reverse engineer it, nail it through trial and error, or just f**ken fluke it. Despite that, we’ve never really...

As we’ve come to find out over the last few weeks, bloody humans are an innovative bunch when it comes to finding ways of entertaining themselves during a lockdown. Deadset, for those of us who’d normally be occupied ...