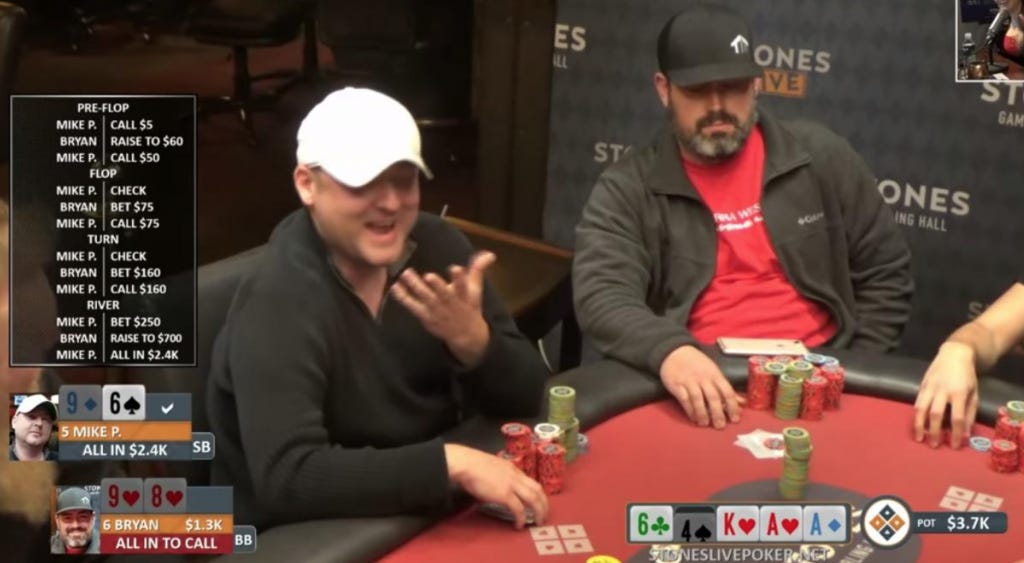 Poker’s one of those games that bloody everyone takes pretty seriously. Deadset, you can sit down with your mates and a few brewskis for a game of poker, but you know as well as we do that it’s only a matter of time before it reaches proper guns on the table levels. If someone’s caught cheating, that’s obviously big news, particularly if someone’s caught cheating in a casino game, right? Well, check this story out, and see what you reckon then…

Rightio, to get you started, the suspected cheat in question is a bloke by the name of Mike P.

Apparently, poker commentators were lauding Mike as something of a poker god due to his insane results, particularly in live-streamed low-stakes games.

Off camera, Mike wasn’t pulling up any stumps, but on-camera, well… 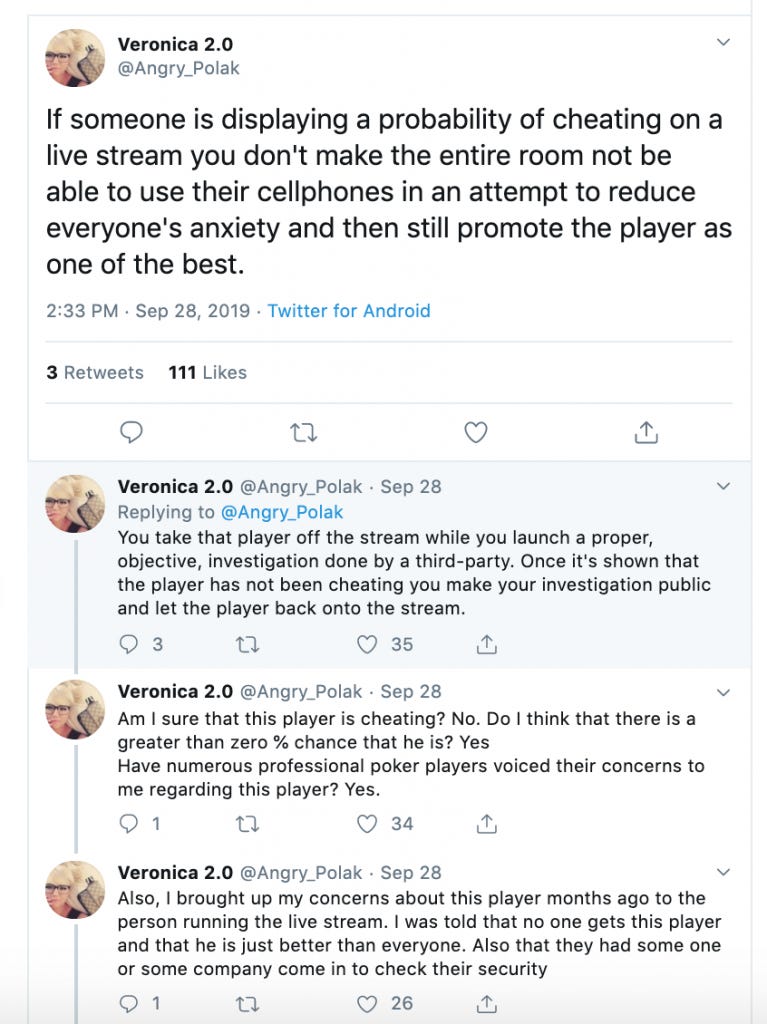 Basically, some people – not the casino or Mike’s supporters, but some people – were questioning Mike’s bulls**t win-rates in the streaming games and a whole bunch of things were kinda suggesting there was more in play than just skill.

As you can imagine, one of the big questions on everyone’s lips was just why you would cheat in a live-streamed game. S**t, they were asking how you’d even do it. The answer, it turns out, is f**ken blatantly. Like literally right in front of everyone’s eyes by exploiting the RFID chips in the cards with a custom phone app.

Will discuss this hand from my stream – Mike used the power of his hat to summon a fold in this spot against a loose player while the commentators seem to know he will fold before he does. pic.twitter.com/FUJBffDdms

We’re not gonna spell out the whole thing here because Barstool Bets – who we’ll link to down below – have already done a great job of that.

Trust us, it’s worth the read, but have a look at some of these coincidences:

First, Mike won all but two of his televised games. For the two games he lost, a particular casino employee was out of town while he was present for every single win. Then, Mike P, who owns a custom phone app company, kept his phone on his lap the whole time. Guess what he kept looking at. For the last of these interesting ones, when the casino said players couldn’t use their phones, Mike P stuck a device under his hat.

INSTA OPEN JAMES $3k on the FLOP INTO 4bettor

Everyone looks on in disbelief as Mikes act begins… WTF! pic.twitter.com/lSZl7l8qM0

Finally, there are also a few occasions where he’s seen to know what cards his opponents have before they even do. Sus, right? Yeah, we thought so too.

As mentioned above, it’s apparently got to do with the RFID chips in the cards being used. The suspicion is that with the help of some friends, Mike P has been able to read the chips and have the information relayed to his phone (or hat-device). When the games aren’t live-streamed, that opportunity disappears, and that explains the difference in Mike’s ‘skill-level’ at live-streamed games versus non-streamed games. 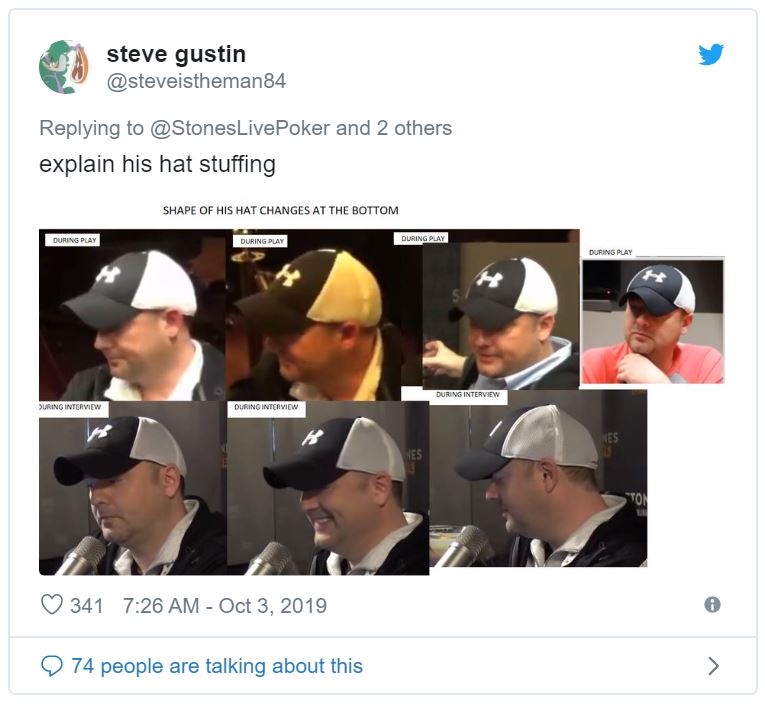 If you want the fleshed-out details from someone who knows his poker, check this link out.

Final thought: We seem to be saying this more and more and more, but bloody technology is changing the world we live in at a remarkable rate. Seriously, despite the fact cheating’s bad, stealing’s worse and consequences should be in play, this is some kinda cool s**t. What are your thoughts?