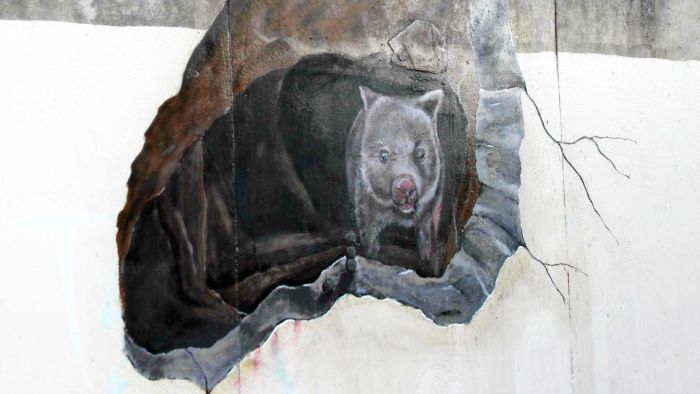 The comedy of errors behind Warrnambool’s new wombat mural

Some things are just meant to happen. Call it fate, call it destiny, call it whatever you want, but when circumstances conspire to create something awesome – like the Warrnambool wombat – you’ve just gotta nod your head and say, yeah, whatever mystical force made that happen is pretty f**ken grouse…

Right, if you don’t know what the Warrnambool wombat is, you’re gonna want to check out the awesome little video that the ABC News team put together at the bottom of the page. It is, like some of your best mate’s kids, a happy accident. Basically, it’s a pretty f**ken legendary bit of street-art that was supposed to be temporary. Supposed to be. 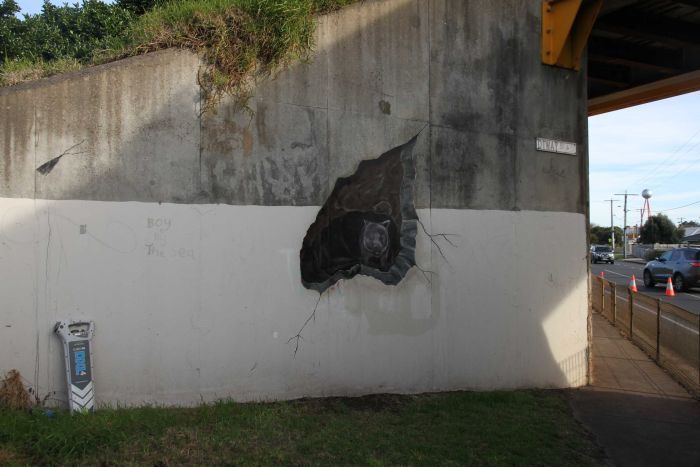 Originally drawn in pastels by artist Jimmi Buscombe as a test run for some pieces commissioned by the local council, the artwork is exactly what it says on the tin: a wombat in a burrow that looks like it’s actually dug into the foundations of a bridge.

As mentioned earlier, Buscombe thought the artwork would have been washed off by the coming rain. If the rain didn’t get rid of it, he intended to wash it off himself – after all, he didn’t have permission for the piece. 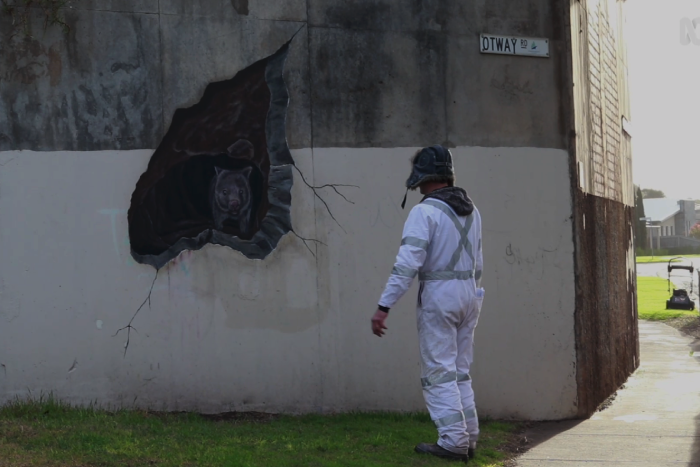 Of course, this was all before Phil Hoy, a former graffiti removalist and local legend, saw it. “I was out the front mowing the nature strip and I could see a bit of attention on the other side of the bridge of people looking and taking photos so I thought ‘well, there’s something going on.’ So I went and had a squizz and then once I saw what I saw I thought ‘yeah, this is awesome’.

Realising it would be washed away in the rain, and believing that to be a f**ken tragedy, Hoy did what all top blokes would have done. He immortalised the wombat with automotive clear coat. Deadset, nothing is getting rid of that wombat now.

Buscombe shat broken glass when he saw what had happened. “As I walked up to it I noticed it was shiny and I thought ‘oh my god — it looks like it’s had some chemical reaction. I started to panic. I was freaking out a lot because you can get in a lot of trouble — I mean, it’s essentially graffiti.”

Another neighbour pointed Buscombe in the direction of Hoy, and the two shared a bloody good laugh about the farcical situation. 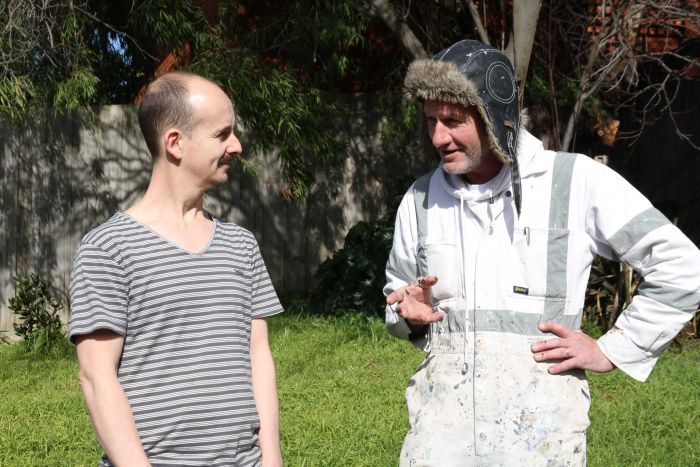 Final thought: You’ve got to bloody love a yarn like this. It’s got great characters, a few laughs and a happy ending. Bloody top work to everyone involved. Sure, it mightn’t have come about through completely ‘legit’ methods, but it’s not just harmless, it’s actually awesome and something the whole community can get behind.