These ‘Days Without Sex’ memes sum up not getting laid perfectly

Whether you’ve pissed off the misso, have a face like a bag of marbles, or just keep getting friend-zoned, there’s a good chance you know what it’s like to have a dry spell when it comes to dipping your wick, planting your pickle, or dancing the horizontal shuffle. If you do, the ‘days without sex’ memes that have been circulating online lately probably resonate. If you don’t, live the pain of forced abstinence through some of the best memes doing the rounds… 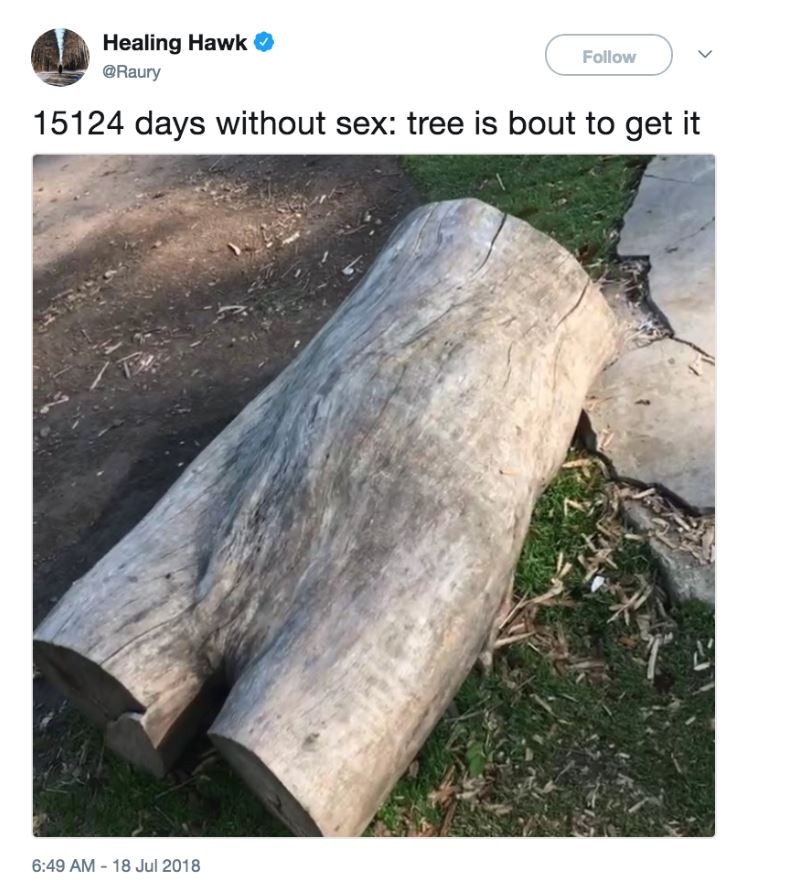 What’s so good about this meme is that it’s not only a templated cut-and-paste job. Depending on the tone and delivery of the writer, it can be funny as f**k, filthy as sin, or just plain tragic. Have a look at a few of these to see what we mean.

Let’s start with something a bit dirty. I mean, you don’t need me to explain this, but as you can see, it’s pretty straight up. It’s a little bit sad – and that’s the whole point of the meme. Of course, some others make it a whole lot more tragic… 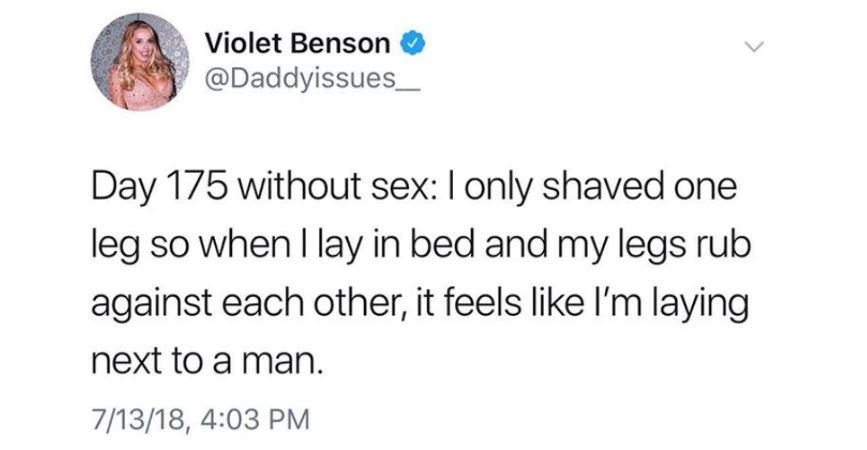 Like this one. You can almost imagine the sheila behind it crying herself to sleep as she caresses her one hairy leg. Also, ewwww…

And yeah, here’s some more filth. You just wanna hope this sheila’s parents don’t have her on their own Twitter feeds.

Some more context might be necessary on this one. When did you do that? What was going on at the time? Actually, don’t explain. It could get awkward.

Ha. I get it. Obviously the guy who wrote it doesn’t – if it was a guy. They must have one helluva muscly arm and an incredibly hairy palm by now.

Truly a moment worthy of a facepalm.

782 days! That is a long-ass time. You’d almost want to invest in your own voodoo doll wouldn’t you? You could imagine paying the old witch-doctor a visit for some of that black magic. “Please make the doll biologically accurate. I need people to finger it.”

OK. That’s out there. That’s beyond filthy and into the realm of straight-up disturbing.

Can it do that? Is that a thing?

Again, there is a keenly filthy mind at work behind these particular memes. I mean, one of the things you don’t want to start associating with the dentist is sexual overtones. Especially not with all that “Open wide” and ” Gargle for me” business. 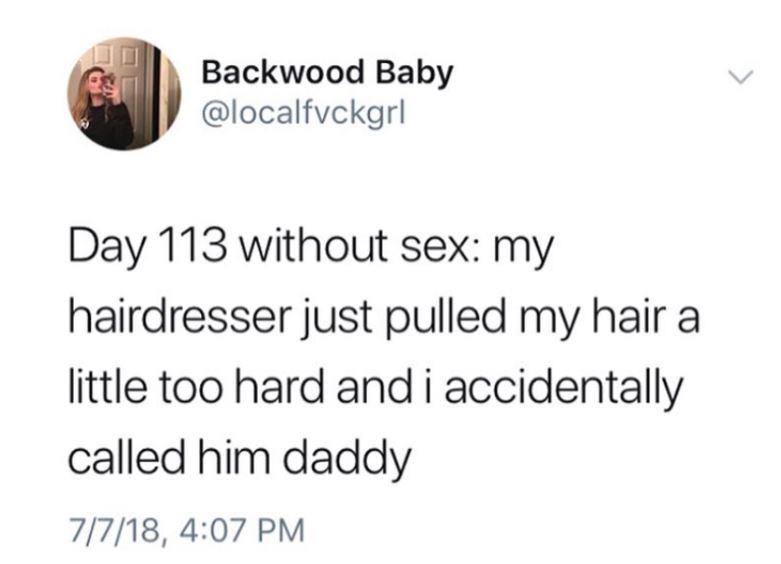 Final thought: You’ve gotta love a good chuckle. If you’ve got more of these you wanna share, hit up the Facebook comments. I’m sure we’d all love to laugh at your pain! In a nice way. Who knows, maybe you could even match-make in the comments. It’d be way better than the usual bickering…just kidding, we love the bickering ya legends!