If we’re completely honest with you, there’s more than a few things we’ve claimed are the best things to happen to the internet in recent years, but today’s video sees us once again looking at dash cams and thinking, yeah, nah, they’re pretty f**ken good. The reason for that is twofold. First, there’s the basic drama we get to watch. Second is because of the mintox ending to this video. Deadset, this one’s a pearler…

All right, according to the information provided by Dash Cam Owners Australia, who uploaded this one, it all went down in Ballarat. The locals there will be able to confirm or deny the accuracy of that, but it’s a pretty interesting watch regardless of where it comes from. 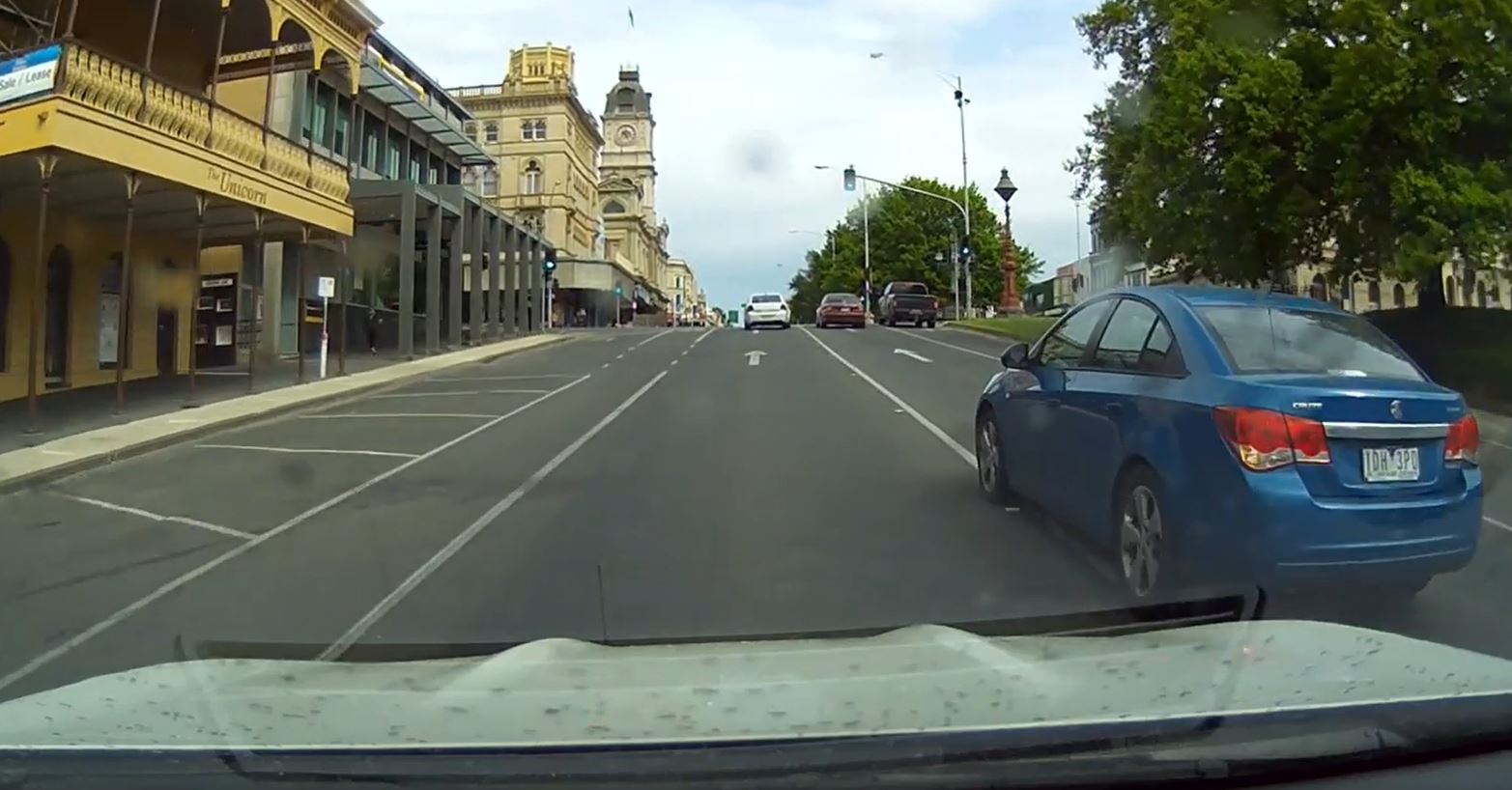 As so many exciting things do, this video starts off with a blue car. The blue car then proceeds to sideswipe the f**k out of the car beside it. Like sensible citizens, the stakeholders in the incident pull over, have an adult conversation, exchange details and go their separate ways. 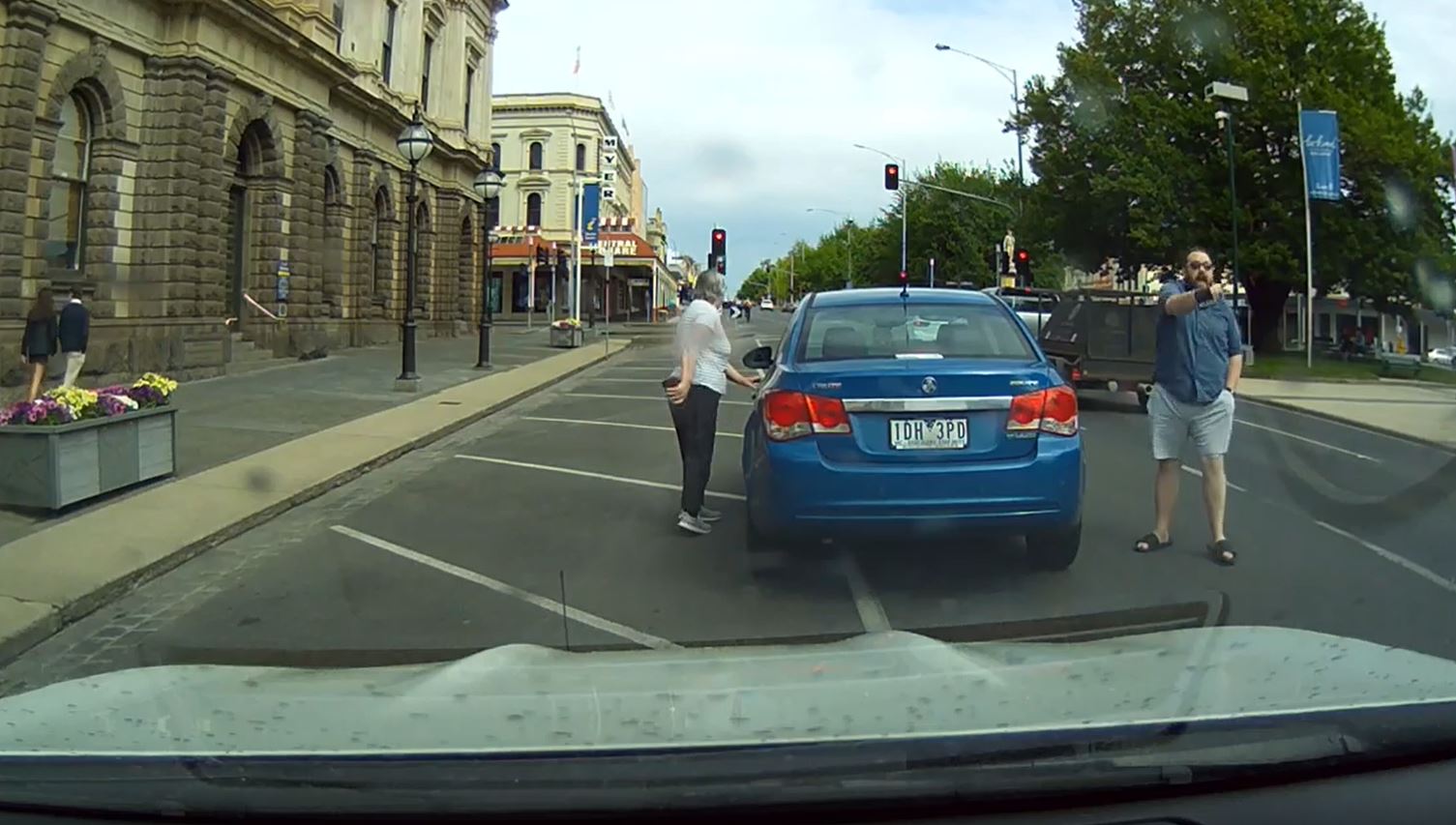 Obviously, that’s bulls**t and they don’t do that at all. Yeah, nah, the sheila who’s been sideswiped does the sensible thing and starts taking photos of the car. The driver of the blue car isn’t too keen on that idea. 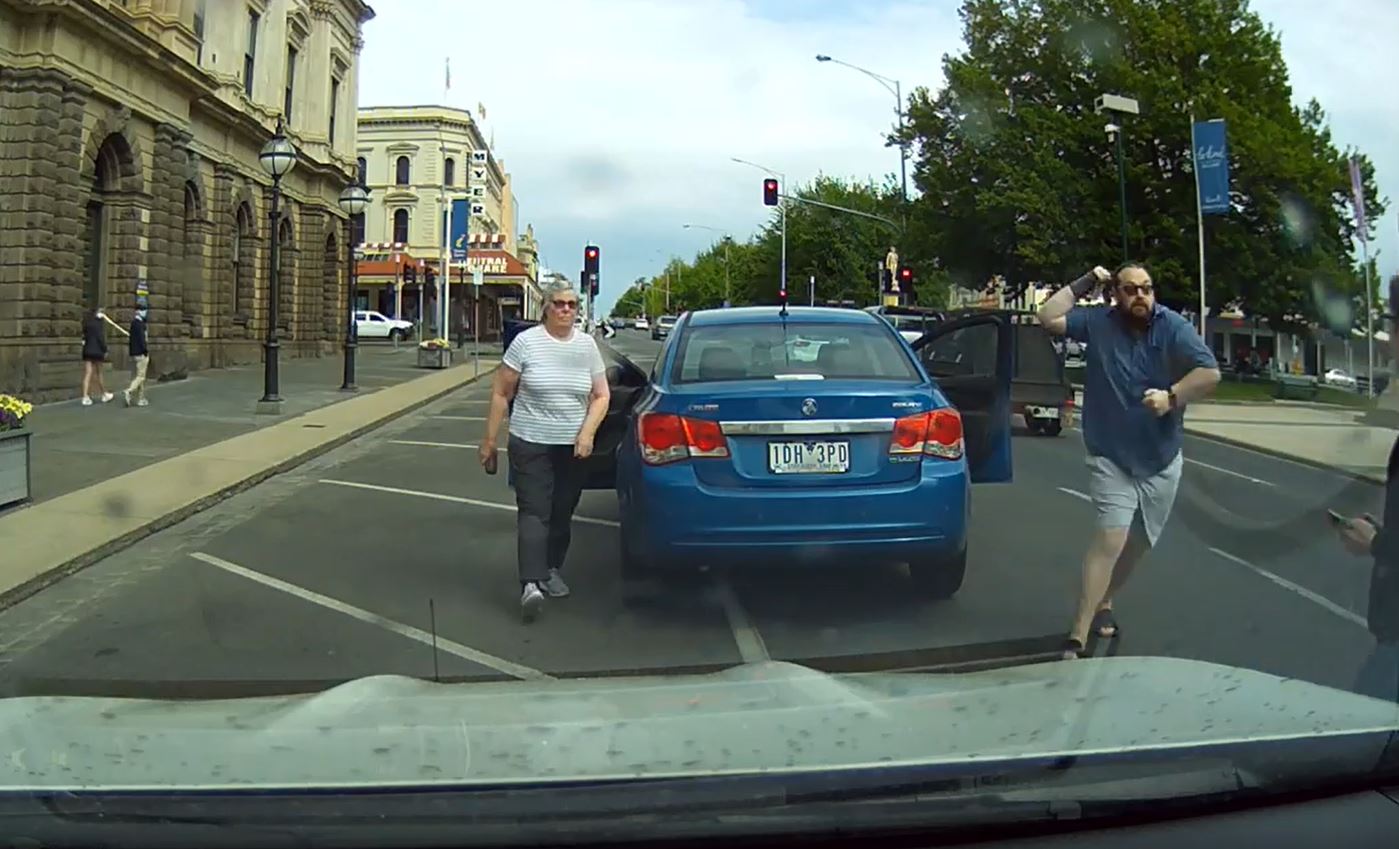 As a result, he starts acting like a big tough guy to the sheila. Seriously, it’s not a good look, and when we hear the police sirens in the distance, we’re thinking that they should really be coming after old mate. 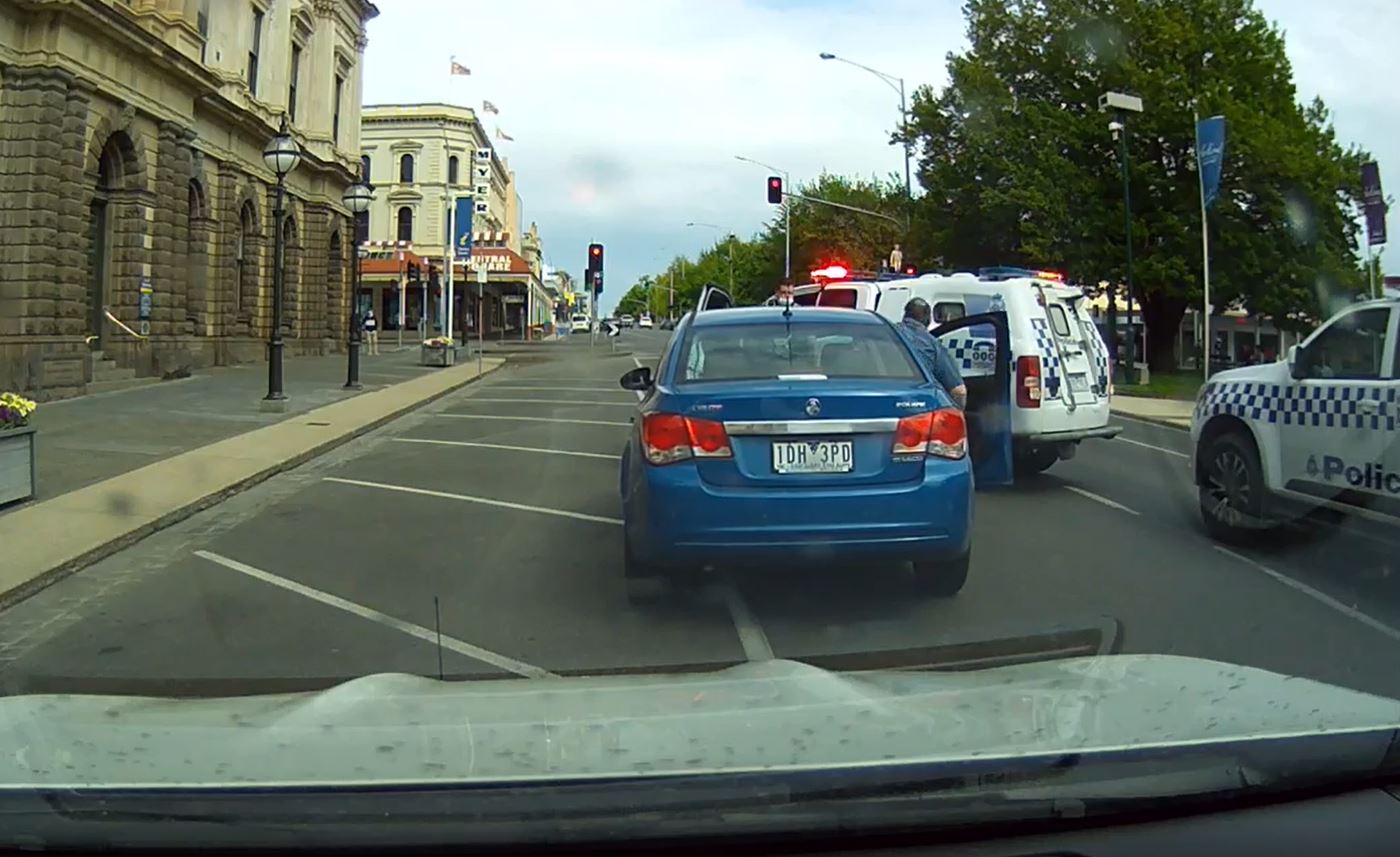 What happens from there is all available to see in the video, but we reckon this is one you’ll enjoy.

Final thought: We say this all the time, but f**ken be careful out there. There’s no need for this sort of nonsense. The fact it’s on camera is brilliant – especially for the victim of the incident – but it doesn’t change the fact this could all have gone tits up thanks to an off-tap Terry tough guy. Anyway, be careful out there on the roads, be sensible when you’re in hairy situations, and look after each other.