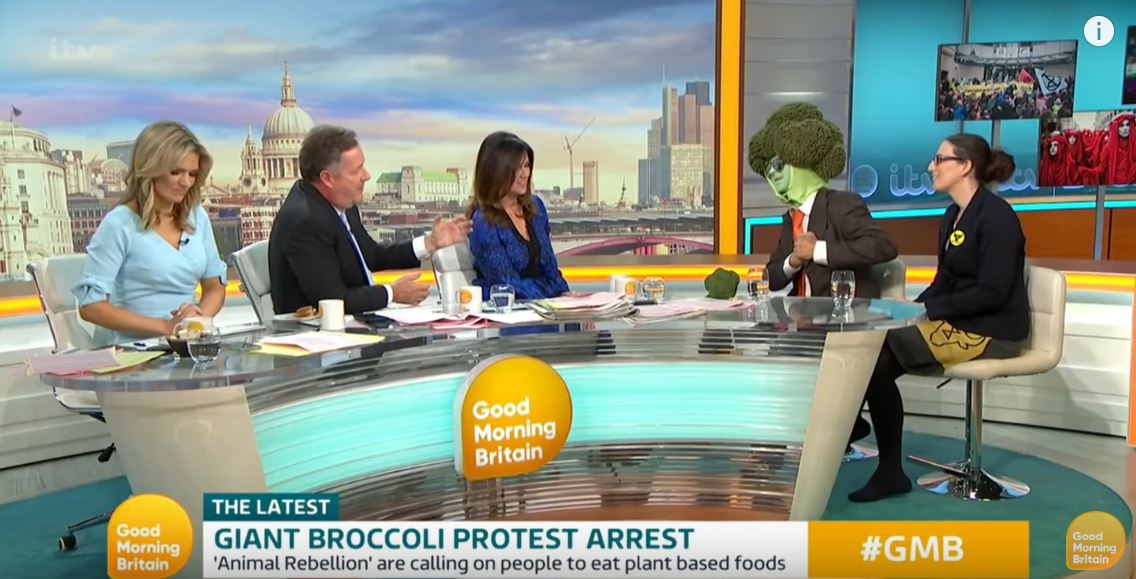 If you know anything about Piers Morgan, you’ll know that he’s exactly the kind of overly conservative celebrity know-it-all who makes a habit of punching down, getting roasted on Twitter by Gary Lineker, and saying deliberately controversial things in the hope of generating ‘conversation’. Not that there’s anything wrong with that. Television needs pantomime villains, and Morgan is pretty good at filling the role. That may explain why he invited a man who identifies as broccoli onto his show and then challenged him over not being serious enough…

The broccoli in question is actually Mr Broccoli, who was recently arrested at the Animal Rebellion protest. That story hit the internet the other day, and to give you an example of just how serious and straight-faced the man who identifies as a giant vegetable is, he grinned and giggled madly as he yelled ‘Give peas a chance!’ while being handcuffed by three police officers.

A couple of days later, the humanoid cruciferous found himself in an even worse situation: having to endure the close-proximity of professional bore, Piers Morgan. As you know, we prefer to give the benefit of the doubt here at Ozzy Man Reviews, but there’s not really much doubt where Morgan is concerned.

Yeah, nah, there’s not a lot of wiggle room. When Mr Broccoli appeared on Good Morning Britain, it was pretty obvious which direction it was going to go. And, er, nah, it didn’t take long. 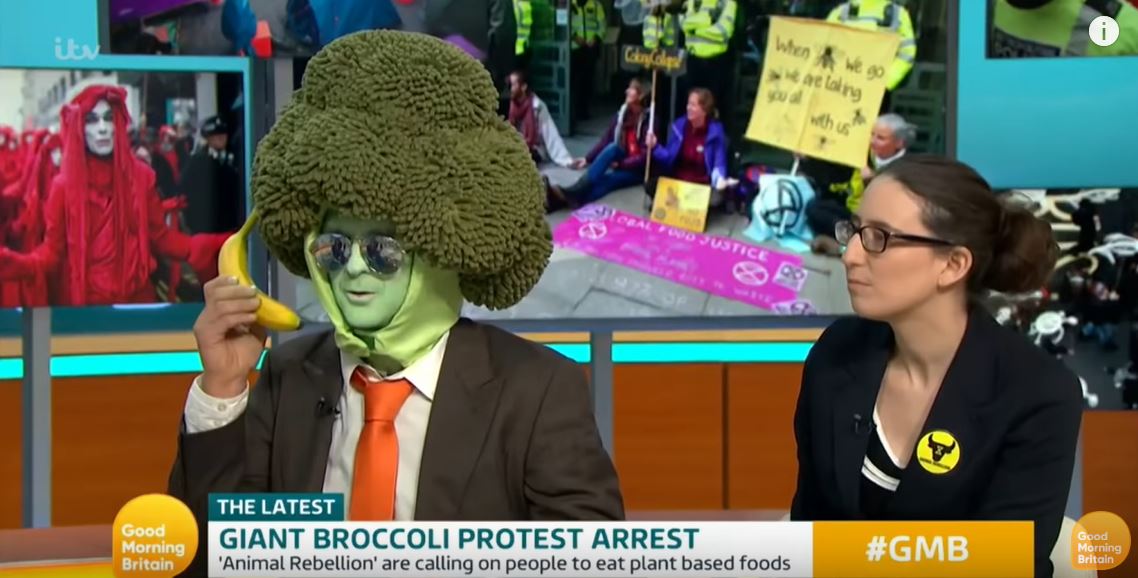 After the man dressed as a broccoli said, “Environmentally we’re in hot water,” Piers challenged him. Predictably, he shrugged that off with a very straight-faced response. “I’m just a broccoli at the end of the day.” He followed up by busting out a banana and pretending to take a phone-call. 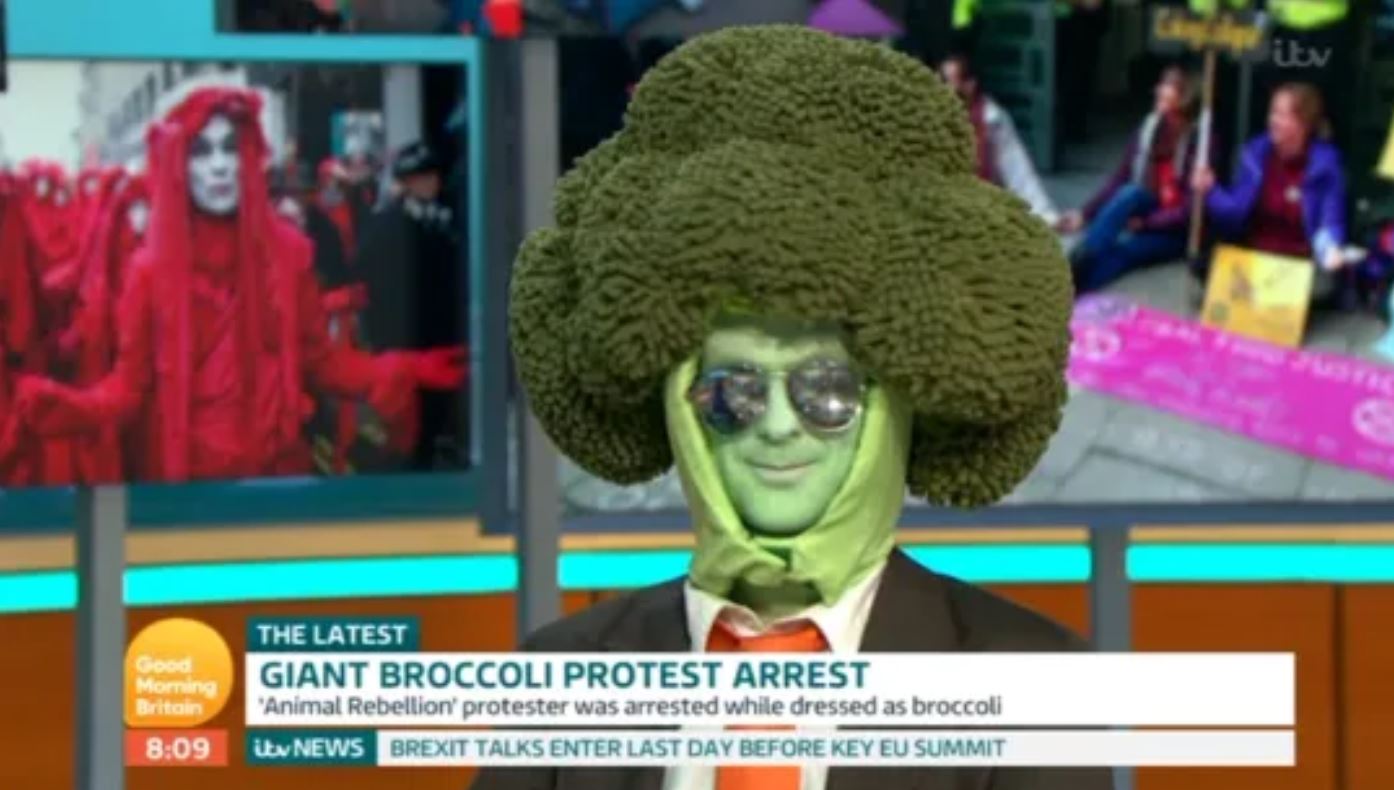 And this is pretty much the point where the clear piss-take infuriated Piers and he realised that he wasn’t going to get the serious discussion he craved. “The trouble is Mr Broccoli, had you made a very coherent, powerful, science-based argument, you would have had a real impact. You would have a lot of attention through the way you dressed up for your cause, but to come on here and just be an idiot makes us think you’re just an idiot.”

Funny that, isn’t it Piers? Honestly, imagine saying that right after asking a climate-change protester if they used televisions and electrical devices.

Final thought: We’ll be honest, no one comes out of this looking particularly good, but if you really can’t see an obvious wind-up when it’s happening to you, you might need to question your powers of perception. And, in fairness, if you really want to discuss climate-change, stop going for tabloid ‘points’ and get some real scientists on the show to spread the word. Don’t ya reckon?