When cheeky Ozzy larrikin Ben Jenkins entered Perth’s newest stadium, he did it with one thing on his mind: being the first streaker to grace (or shock) the Optus Stadium grass in his birthday suit!

It’s probably fair to say that as far as nudie runs go, Ben’s was a fine effort for one destined to go down in the history books.

He added a bit of fun to an otherwise dour event that saw the poms put one over their Antipodean hosts by evading security, interrupting play and getting some sunlight on his otherwise pasty arse.

Once you get to know a little more about Benny Boy, it becomes clear why he so easily gave security the slip: he’s apparently a cracking footballer and former runner up in his league’s best and fairest awards. 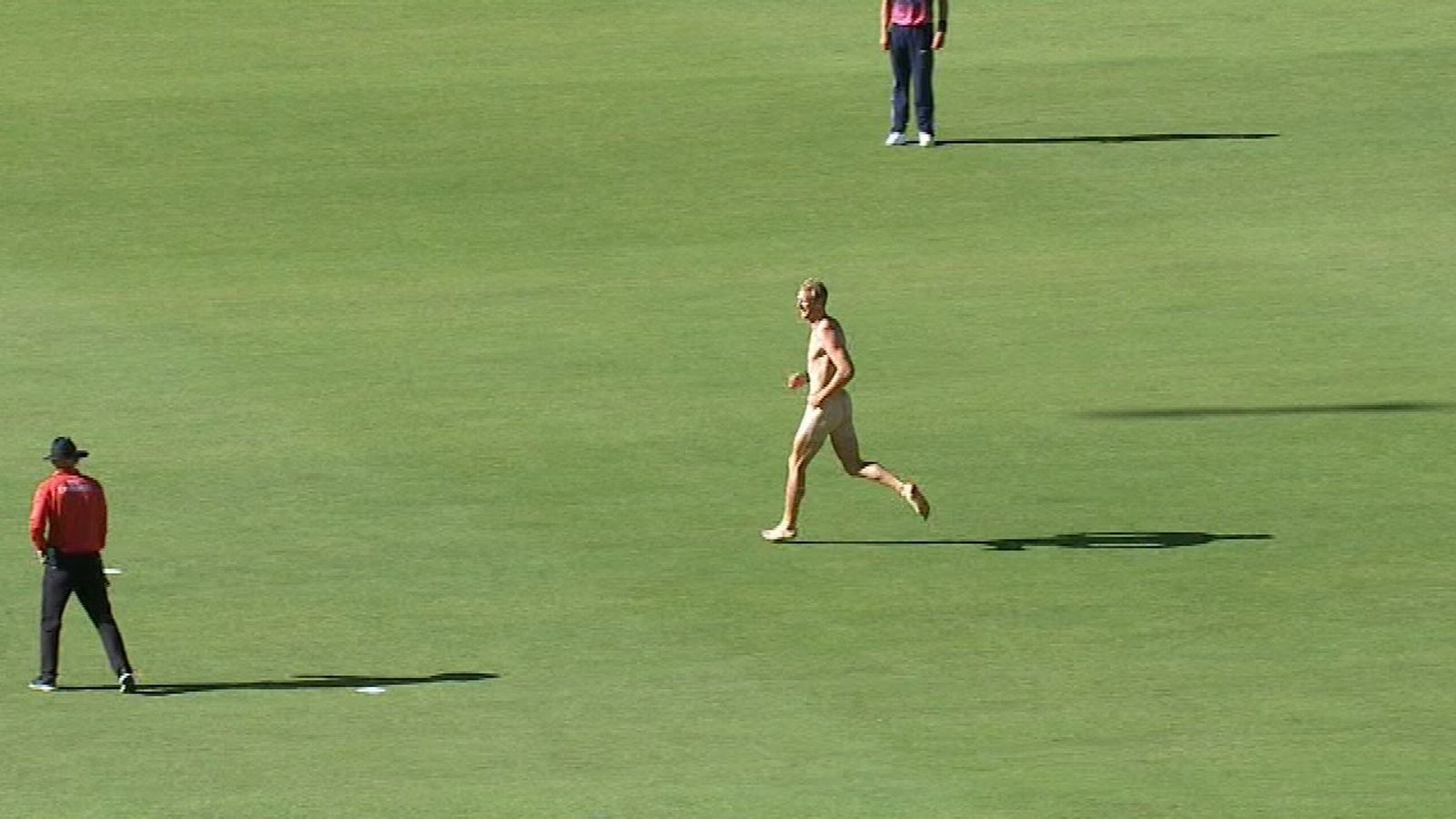 Jenkins (and mini-Jenkins) enjoy their moment in the sun. Credit: Channel 9

Of course, we do have to spare a thought for security.  Who would actually want to tackle a drunk, naked guy.  It must be a fine balance between doing your job and not looking to eager to cuddle…

Still, with a $5000 fine to pay – that he was fully aware of – and a three year ban from all future Cricket Australia matches, you might wonder if it was all worth it.  Fortunately, Channel 9 got the lowdown from the man himself.

“For a couple of days I was saying, look, I want to be the first streaker at Optus Stadium.  I really want that title.”  Well, he got it.  But how about that fine? 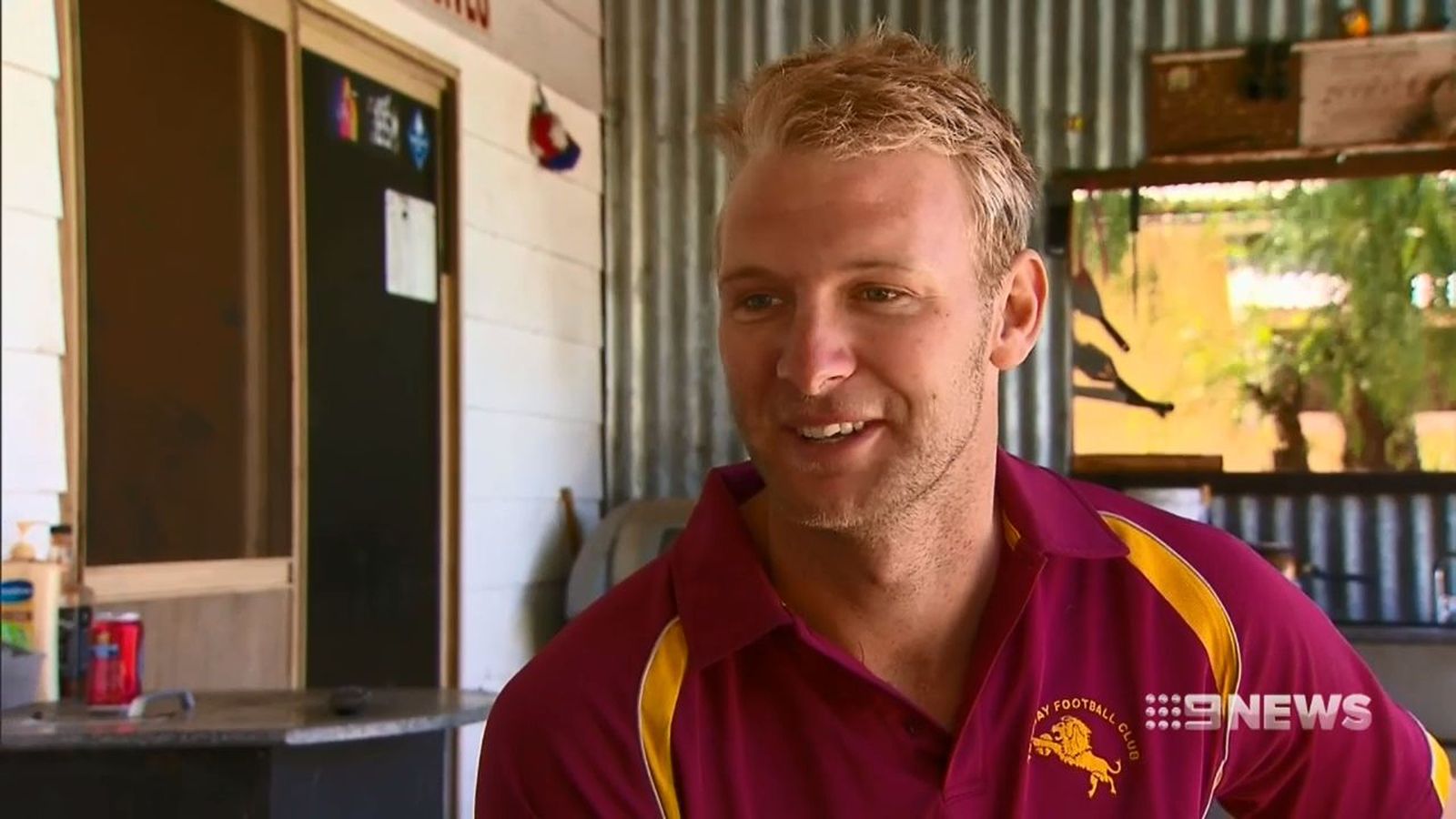 You may as well ask ‘what fine?’  Jenkins set up a Go-Fund-Me page and quickly covered off all the funds – with some to spare – in just one day.

Bloody hell, if the public loves nekkid blokes that much, maybe the Stadium ought to just ship a bunch of them in and let them run around.  It’d be a great excuse to sell some more of their legendary ‘gourmet’ burgers. 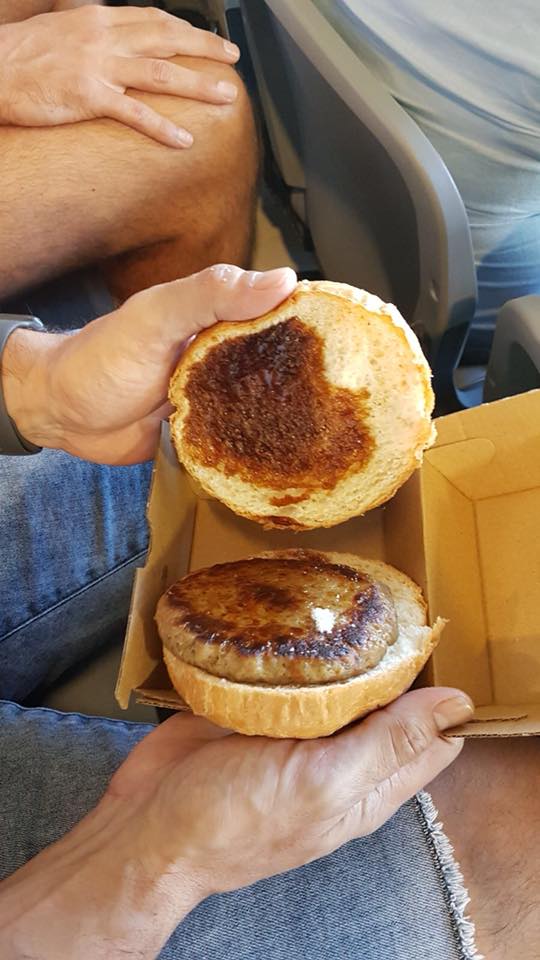 Having said all that, you’ve only got to listen to Jenkins speak to know he’s a proper Ozzy larrikin.  He’s the kinda bogan you’ve just got to love.  And for what it’s worth, Jenkins is a bit regretful about the horror he put the children through.  A bit.

Good on ya, Ben.  You’ve done well and shown us all that you really can achieve the things you desire if you just put your mind to it.  Let that be a lesson to you, kids.