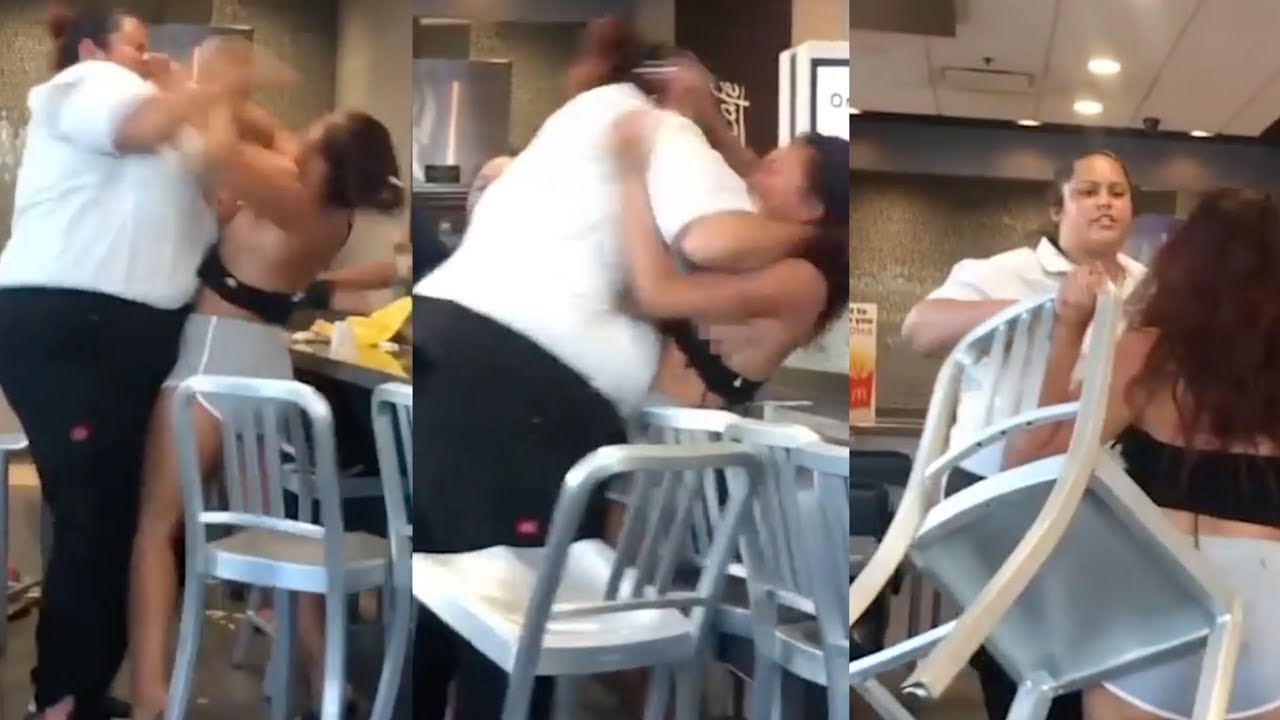 G’day fight fans, it sure is good to see you again. Grab your popcorn, snag yourself a schooner and f**ken buckle in, because this fast-food fracas is one to write home about. We’ve got one big bloody rig in uniform in the first corner. Her opponent is smaller, but she seems to have a bit of pluck. Let’s see how this one pans out…

Ozzy Man Review is down below… 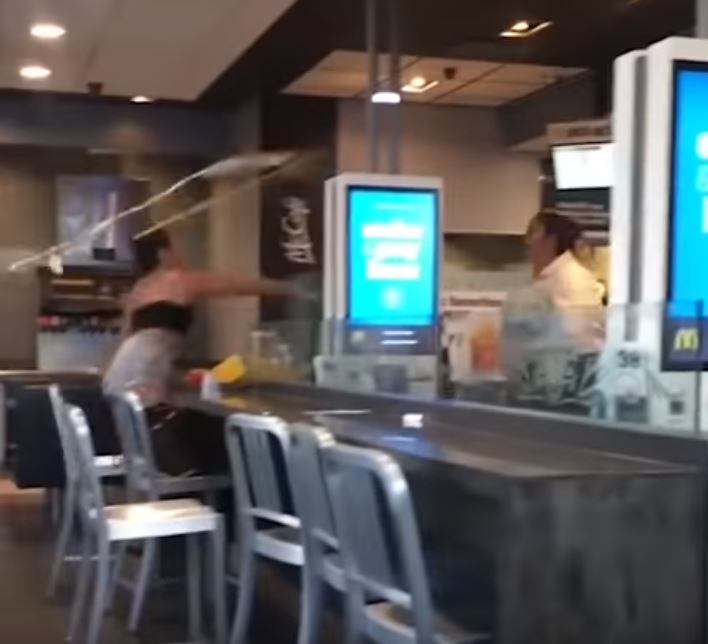 Ding ding, ya legends. Let’s f**ken go! Right, we’re off the mark quickly. For some reason the little sheila, clearly versed in the art of the projectile, has decided to launch her thick shake at the store manager. That’ll show her for not taking that bloody pickle out!

Yeah, nah, no it f**ken won’t. The store manager is pissed. She’s coming like the juggernaut. She takes a bloody dinner tray to the face and she doesn’t slow down at all. Not. One. Iota. If anything, it only pisses her off more. 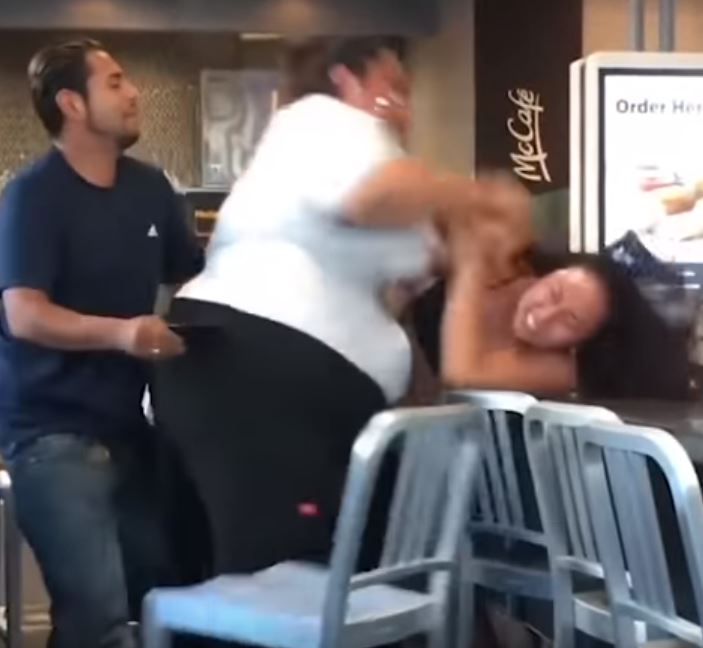 “I hope you like being punched in the face, bitch!” Source: Sniffr Media/@bxbyness

F**k me, there’s some action in here for such a short video.

Finally, they convince the store manager that the sheila with the runaway chesticle has had enough. Um, yeah, nah, it looks like the other Macca’s chick just wanted a piece of the action too. That’s got to be it now, surely. 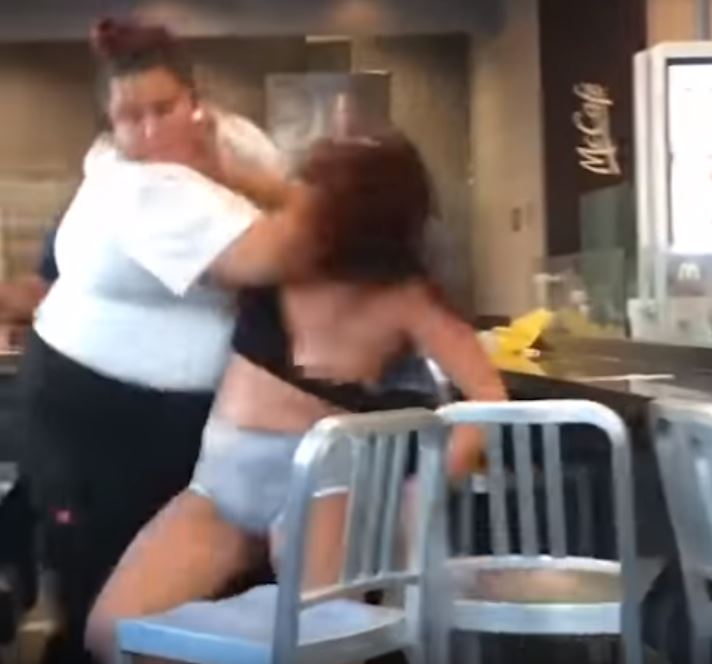 Did I mention there’s a lot of action in here? Because, f**k me sideways, the girl with the punched face has gone for the chair. She’s clearly been watching her 90s-era WWE. She’s gonna use the chair and go for a f**ken frankensteiner.

Nup, nah, no. The store manager has it. “I will cut you,” she says. Then they kind of walk of together. Crikey. That was epic. 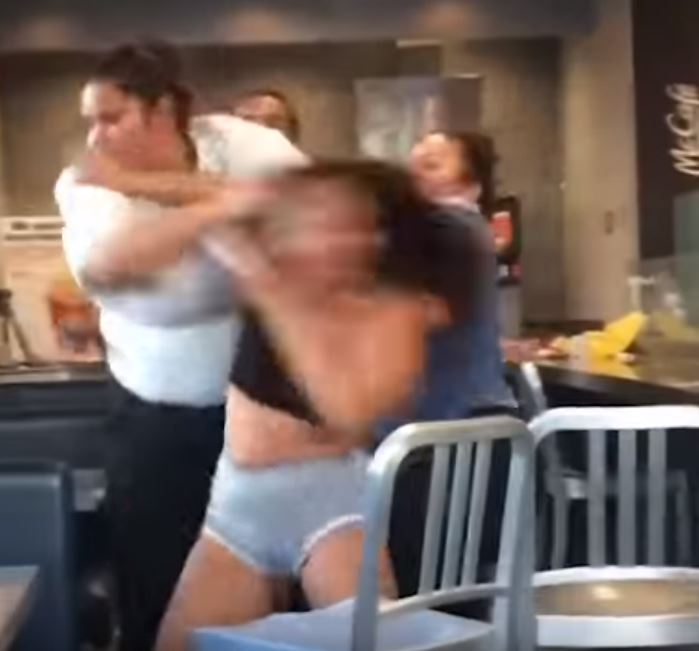 Final thought: Well, I know we’re not supposed to talk about it, but who’d have thought they’d set up a fight club in the foyer of a Macca’s? They could at least take it downstairs where it’s not going to bother the customers. I do hope everyone’s OK. I mean, some of those hammer fists looked pretty brutal. Anyway, good chat, sheilas. Now, shake hands, give your interviews and have a beer. That’d be, yeah, that’d be a nice way to end things.

SOURCE VIDEO is via Sniffr Media.