As you probably know, large swathes of our bewdiful country have been completely f**ked on by fire lately. The damage has been devastating. Lives have been lost. Koalas have truly been sent up s**t creek, and homes have been f**ken destroyed. On top of all of that, the bloody flames have just kept rolling across the land devouring everything in their wake. Amongst it all, our legendary fireys have been fighting the good fight and risking their own lives in the hope of quenching the conflagration. So when it rains, you can’t blame them for celebrating…

Fireys from the Leongatha Fire Brigade have been heroically doing battle with the fires, so you might expect them to be a bit grim and dour considering the high stakes reality of their daily business. 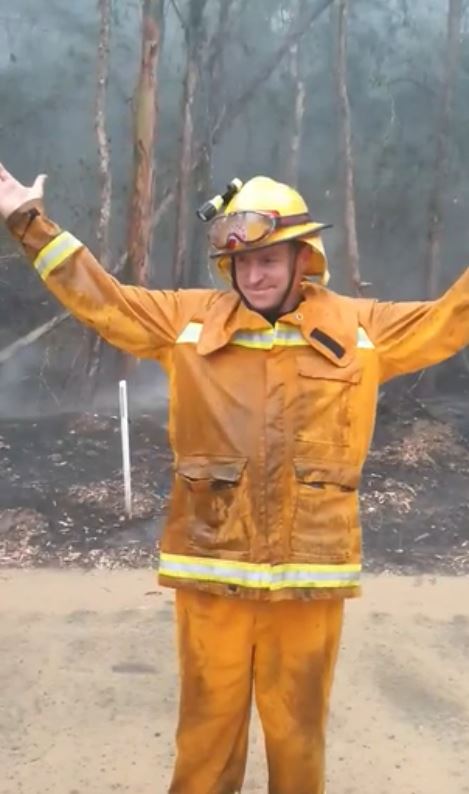 Of course, if you’re thinking that, you haven’t taken into account the overwhelming sense of relief they’re gonna feel when Mother nature throws ‘em a f**ken bone and sends a proper bloody deluge of storm-rain their way.

Have a look at the video below to see what we mean. It opens with one of the bloody legends standing there with his arms outstretched pattering raindrops the size of thumbs drum down, dousing the flames. 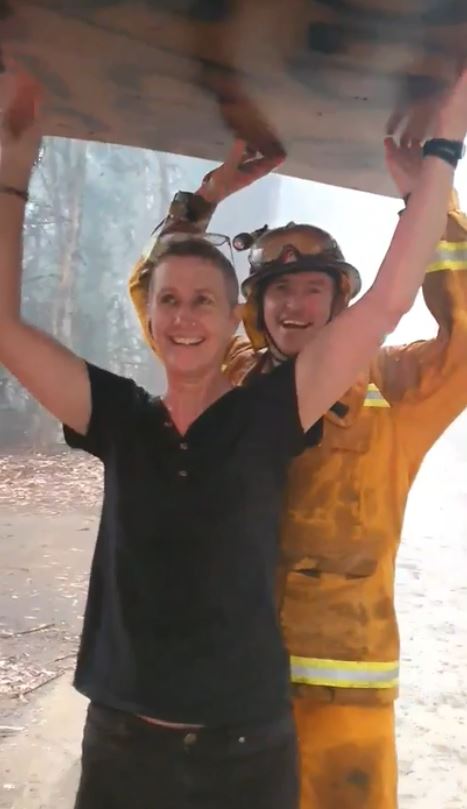 It’s no wonder they’re bloody celebrating, seeking cover under a road sign and sharing a good chuckle. It’s also no wonder that it’s one of the locals who’s bloody exuberant with jubilation. “Are we gonna dance?” she asks. 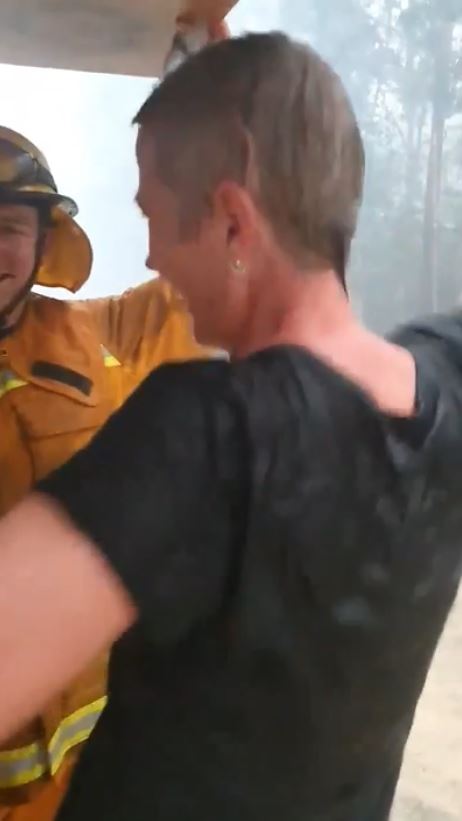 As she dances in the rain, the fireys laugh and cheer.

Unfortunately, while this is a great bit of footage, there are still some fifty other fires burning in NSW and plenty more in Queensland. Let’s hope things get under control sooner rather than later! 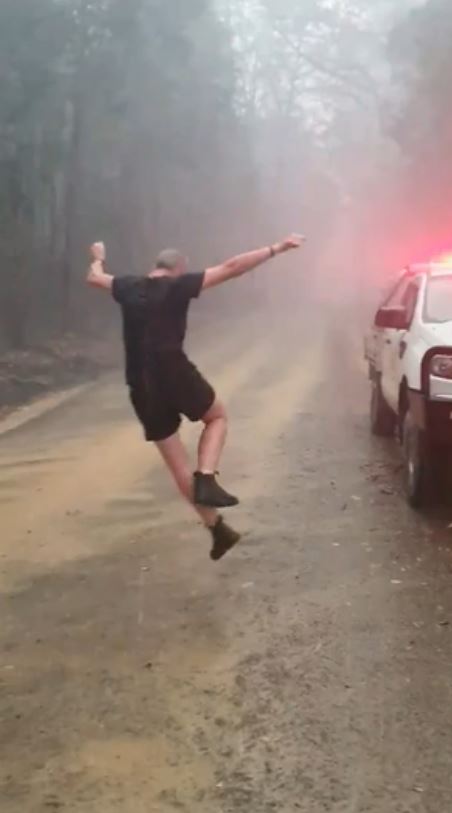 Final thought: There’s something about watching real human joy in a time of dire need that just touches the bloody soul. As always, we hope everyone’s keeping safe out there and making sure they’ve got their fire-plan sorted. If you can, spare a thought for the fireys who risk life and limb to keep regular buggers like us safe. What a bunch of bloody champions!