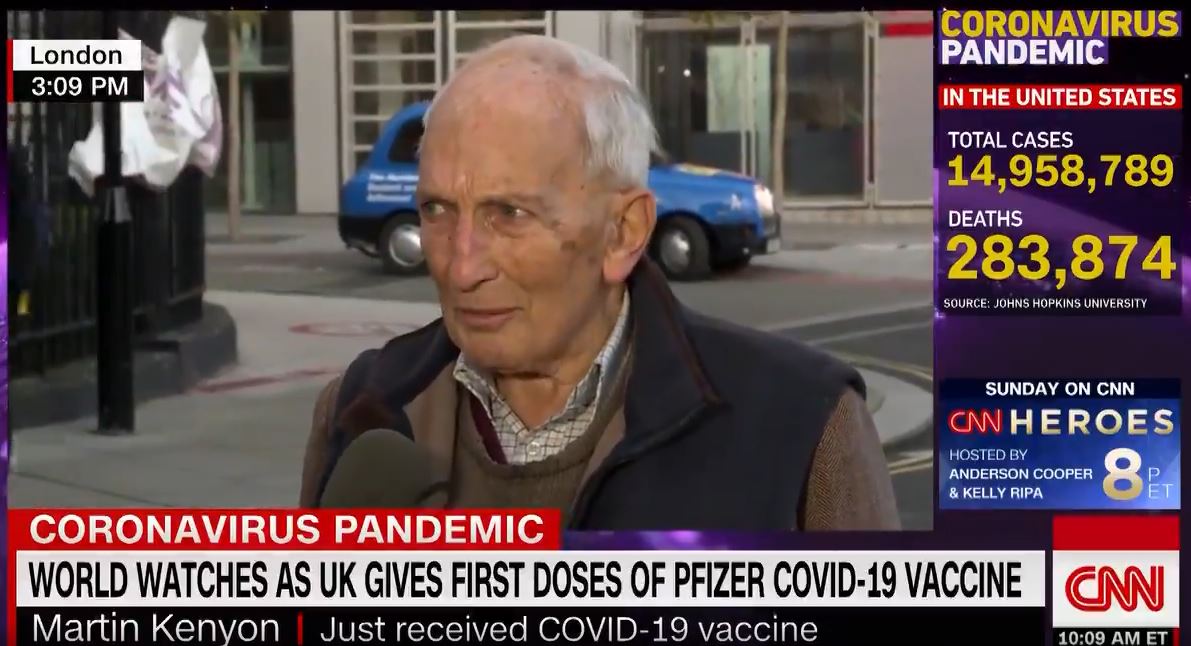 Today’s a bit of a monumental one in that it marks the beginning of the Brits doling out the Covid-19 vaccine to members of the general public. Keen to make sure they had some solid coverage of the human element, CNN had a roving reporter outside Guy’s Hospital in London. As luck would have it, he bumped into 91-year-old Martin Kenyon. Martin, whose attitude is f**ken top notch, gave a quintessentially British interview laced with wry humour, and you need to watch it.

Yeah, nah, seeing as we’re focusing on the human side of things, we’re just gonna say you can look up all the details of who gets the vaccine and why yourself.

What we’re interested in is bloody Martin, and his story starts with a sensational helping of old bloke warming up to his tale. 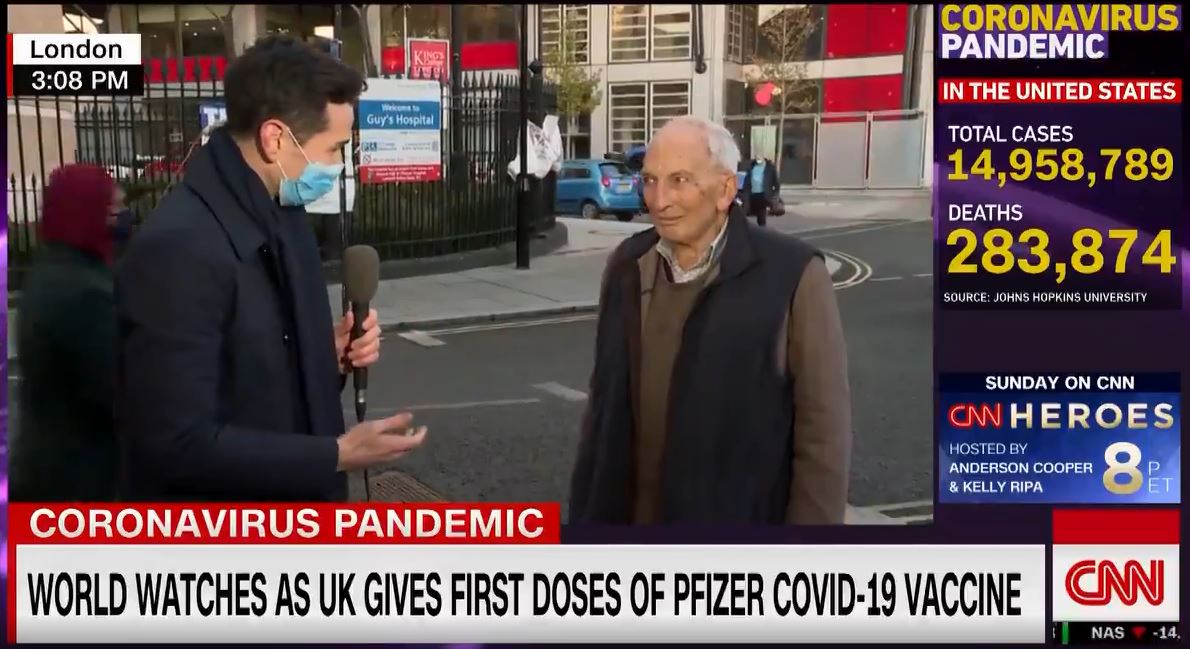 Right after Cyril Vanier, the station’s international anchor, asked him how he lucked into being one of the first to get the vaccine, Kenyon got us started…

“I rang up Guy’s Hospital, which I know very well, and I said, ‘What’s this thing? You’re doing the vaccination?’ and then they spent various time asking me questions about this and that – not very interesting – and I said yes, no, yes, no, and they said, ‘Well, come at half past twelve.’ Of course I couldn’t find anywhere to damn well park my car so I was late.”

That was only the start of things, though. We won’t detail all of Kenyon’s exploits, but there’s a nasty lunch, there’s a vaccination, there’s a pretty patronising correction of the journalist’s word choices, and a delightful story about his daughters and grand-daughters. He even breaks the news that the journo is getting the story before his family. 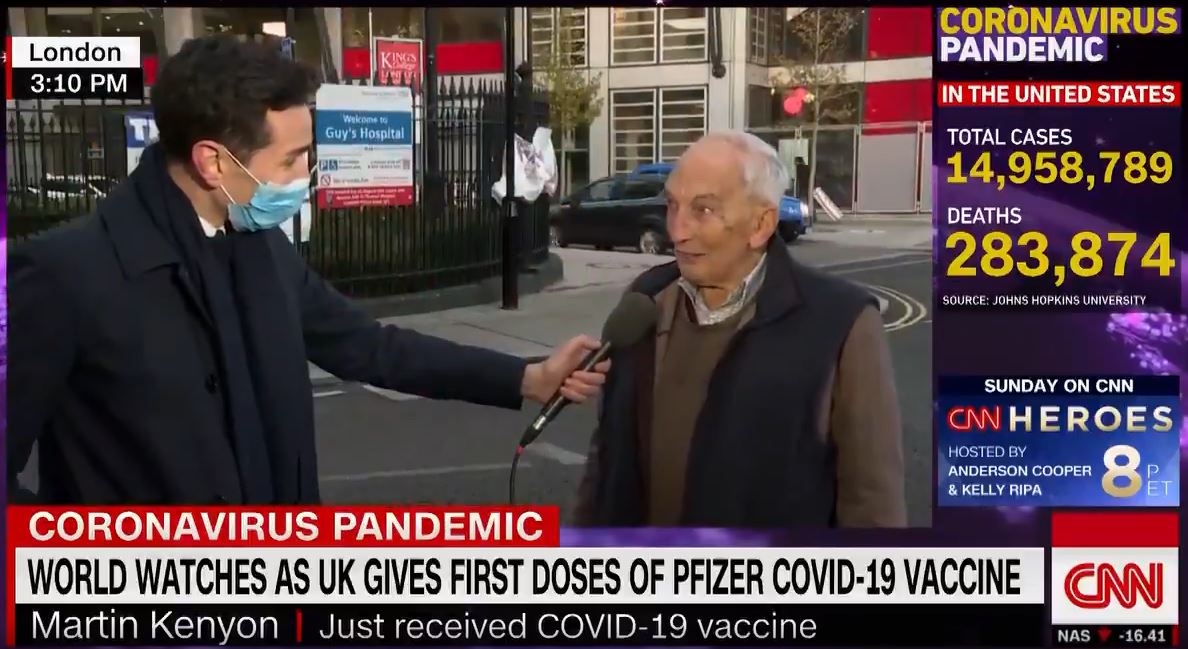 Still, the best bit comes right at the end of the interview when Kenyon shares his reasoning for getting the vaccine… 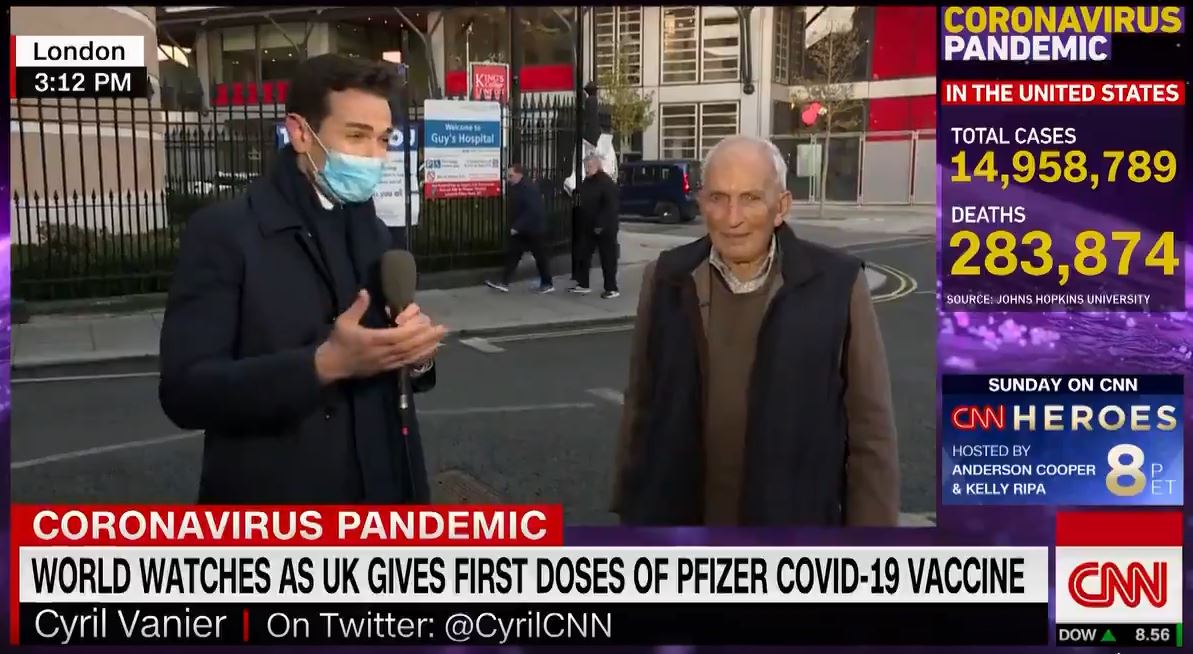 That, we, reckon, is rock-solid advice. If you can get the vaccine, bloody get it.

Final thought: Yeah, nah, we love this one. It’s got some subtle tones of Grandpa Simpson to it, but it’s pretty obvious Martin’s a wise man with a top notch outlook on life. To that we say, Martin, this top bloke award is all yours. Have a bloody mid-strength beer and a nap on the couch. Good s**t, Martin. Good s**t.

this interview wins the day pic.twitter.com/HtnjnyLZwg