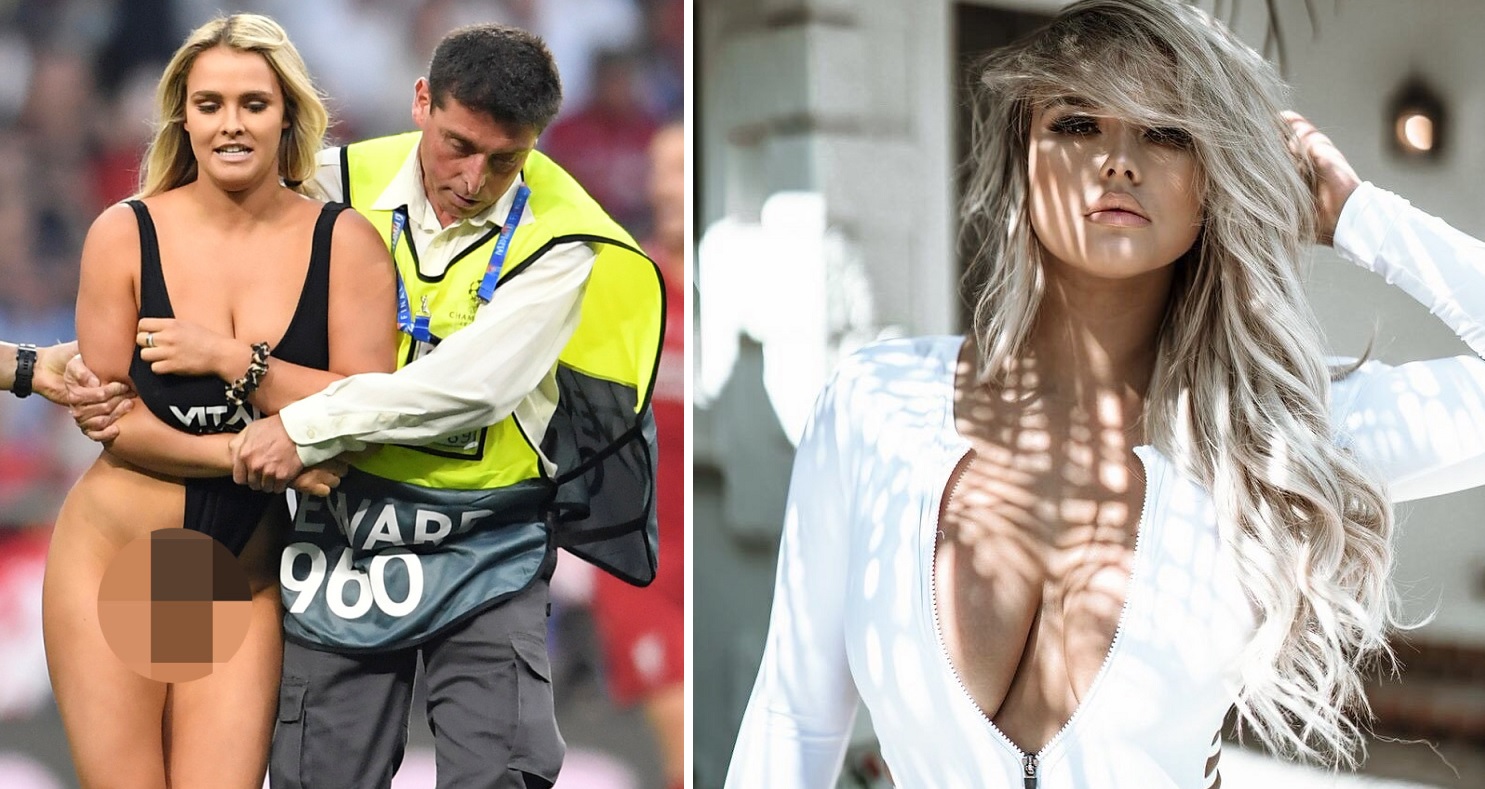 Running your own business in the age of social media can be bloody tough. We’ve got so much information getting thrown at us, the internet is f**ken saturated with heaps of people just tryin’ to have a crack and promote their business, products or whatever. So how do you stand out in the crowd when everyone’s marketing the s**t outta everything?

Send ya hot AF girlfriend off on a streaking mission at the Champions League Final, that’s how. 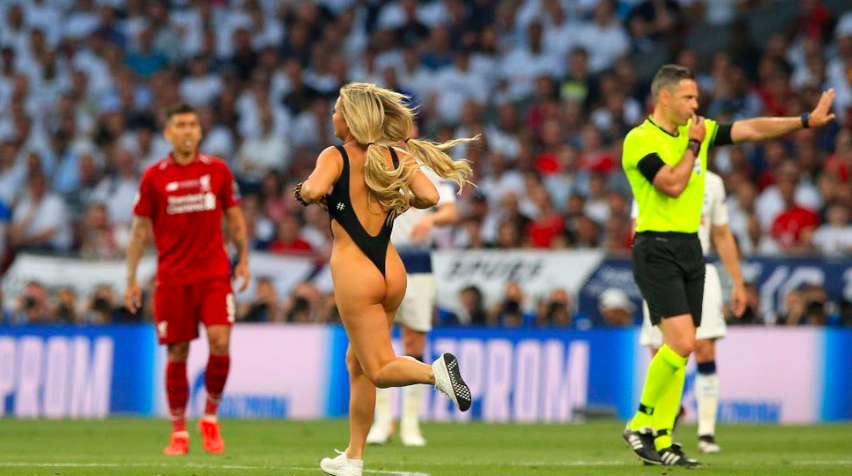 In the clip below you see Kinsley jump the barrier like an Olympic hurdler, and she’s off like the clappers straight out to the middle of the pitch.

Kinsley Wolanski’s boyfriend is a YouTuber called Vitaly Zdorovetskiy, his channel VitalyzdTV has over 10 million subscribers. Clearly not content with his current level of success, he thought some free advertising would be the way to go.

With a quick squiz at their website they summarise themselves as “wild pranks”, “tits & ass” and “no rules”. Vitaly Zdorovetski is also known for his previous “acting” for Bang Bros back in 2011.

Nah, yeah. If you’re not running on the pitch in what can only be described as fanny floss, can you really call yourself a supportive missus? 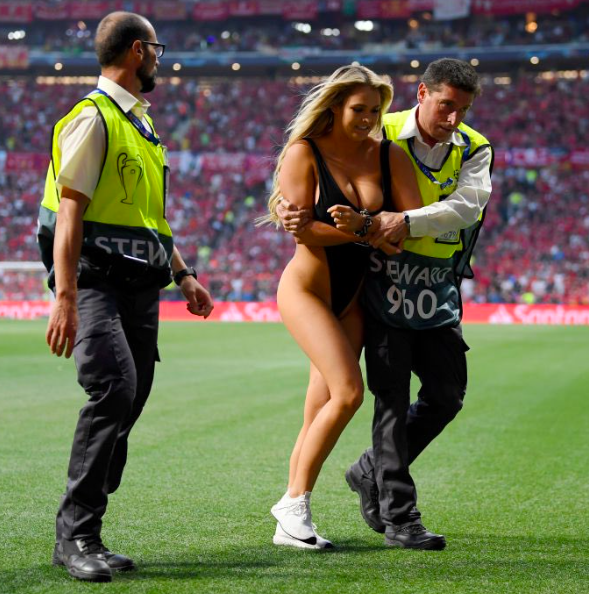 Now this is a bit extreme ay, but it certainly got the response he was after. Pics of Kinsley with his brand name emblazoned across her ample bosom have been printed, published and shared like a herpes virus. 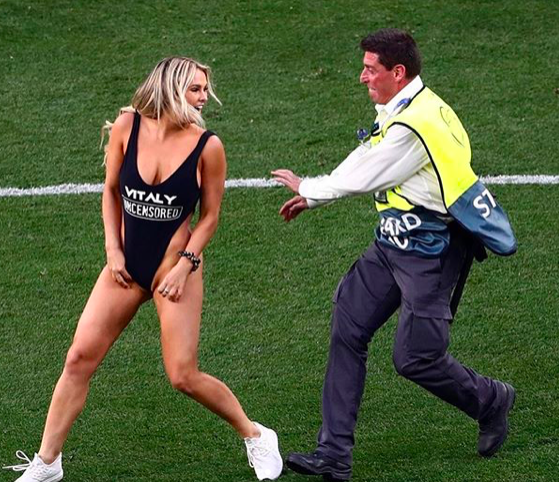 Not sure how they figure this out, but clever bloke Darren Rovell reckons that the air time Kinsley got woulda cost nearly $4Mil if you paid for the advertising the old fashion way.

$3.97 million: Value, in equivalent advertising time as of 5:30pm ET, garnered by Vitaly Uncensored, an adult site featured on the clothing of streaking model Kinsey Wolanski, according to @ApexMGAnalytics. Wolansky is girlfriend of YouTuber Vitaly Zdorovetskiy, who owns the site pic.twitter.com/R3obTmdKYU

Final Thought: People have been streaking and disrupting sporting events for decades, so this isn’t really new… but if this becomes “a thing,” I reckon it’s gonna have dire effects on pro sport. How f**ken p**sed would ya be if you had a lazy couple of bills on a sporting event and some flog disrupted the game just as your team was about to score… Yeah nah, not beaut. But for the kinda coin they expect for advertising at these big events, you can hardly blame the young go-getters.

Check out his Insta video he posted from where he was sitting.

By Penelope "Joey" Townes 2 years ago