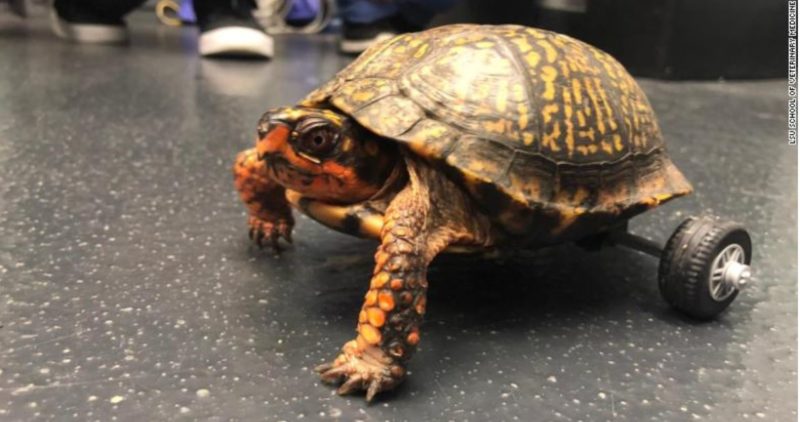 This turtle lost both his back legs so vets got creative

We all know the story of the tortoise and the hare. It’s a bloody classic that’s been around since the days of Aesop, and that dude was kicking around Greece five to six hundred years B.C. Well, while the tortoise in that one had to rely on the laziness and arrogance of the bloody hare it was competing against, our mate Pedro the box turtle could probably give that hare a run for its money even if it didn’t stop for a nap. 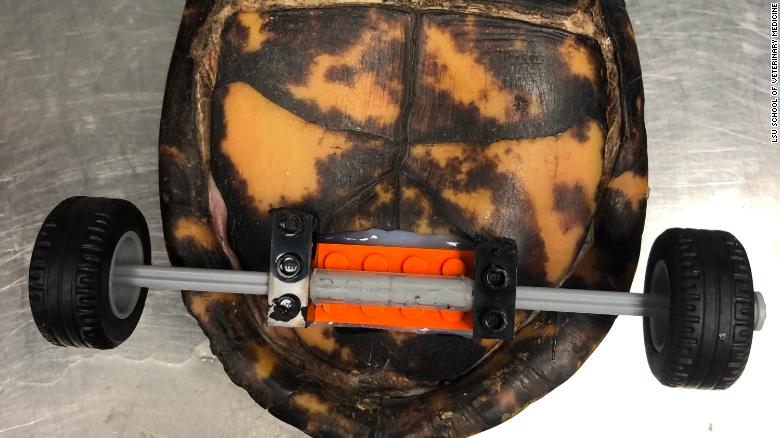 And, yeah, we’re conflating tortoises and turtles. We know. Don’t get your knickers in a twist and just go with it. If you can’t do that, we might take things a step further and refer to the hare as a bloody bunny. How’d you like that, ya bloody sticklers?

Anyway, getting back on track, Pedro is a resident patient at Louisiana State University’s Veterinary Teaching Hospital in Baton Rouge. According to the vets who study and work there, he’s a bit accident prone. The little ninja only had one leg when they first adopted him, but he still made a daring escape for a few months. It’s just that he came back with no back legs.

We’re not sure how it happened, and we can’t imagine what kind of gruelling quest he must have been on to make his way back with just his front legs and his shell dragging behind him, but the vets actually found out he was fine. 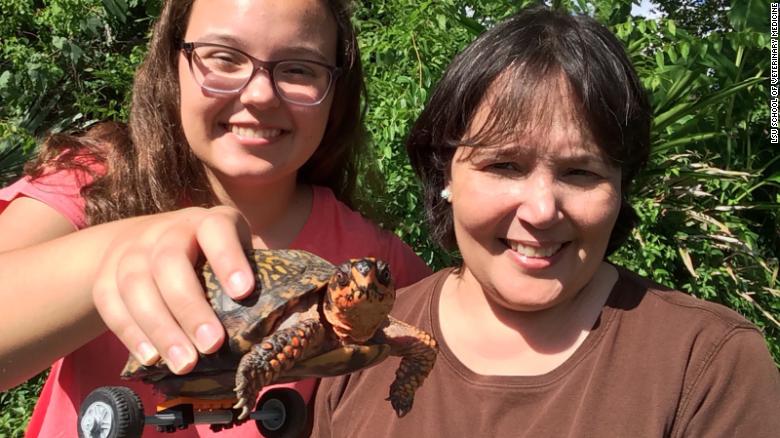 As Ginger Guttner the communications manager for LSU’s School of Veterinary Medicine told CNN, “There was nothing medically wrong with him, but of course he didn’t have any back legs, so our doctors quickly had to figure out what they were going to do.”

And, let’s be honest, what they figured out was pretty bloody grouse. We don’t know if one of them was just sitting there and staring at the first three letters in the word ‘Lego,’ but that’s exactly how they solved the problem. 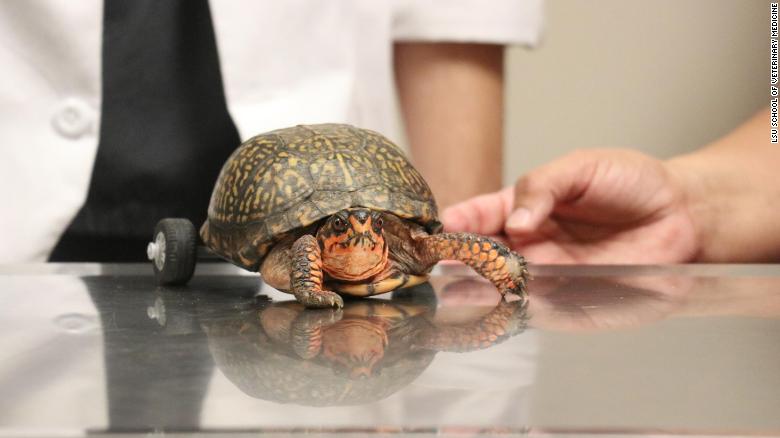 Guttner said, “Veterinary medicine often requires this MacGyver-like quality. The majority of special equipment we use has been fashioned or re-fashioned for a specific case.”

And let’s be honest, it’s a bloody win-win. Seriously, the little dude is apparently zooming around faster than any of the other turtles. He’s even faster than any tortoise ever. In fact, he wants to prove it by racing a bunny rabbit. Once he’s let that long-eared prick eat his dust, he might even move onto hares. 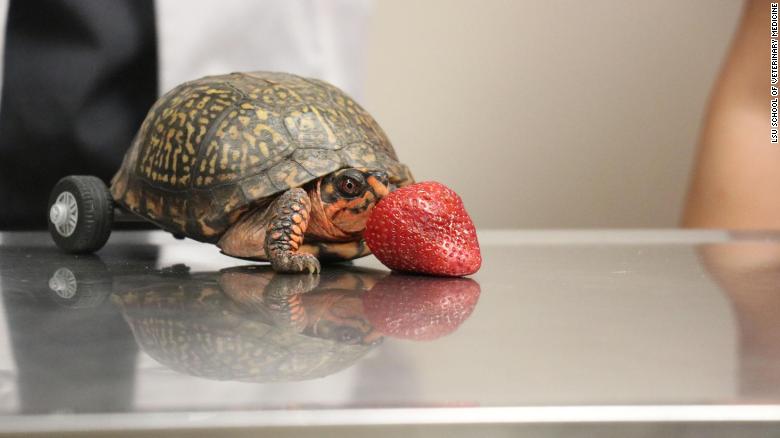 Just in case you missed it, here’s one of Ozzy’s classic commentary videos…Ozzy Man Reviews: Turtle vs Pigeon