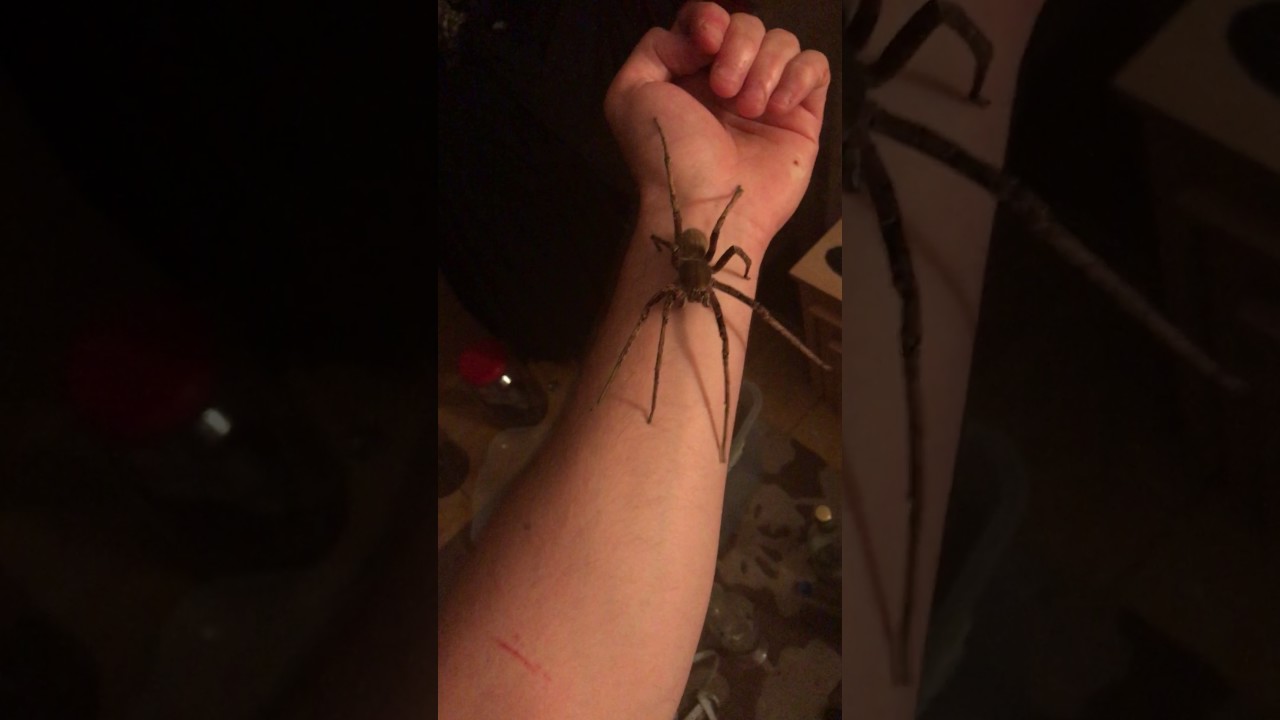 Some bloke in Brazil has uploaded a video of himself holding one of the world’s most deadly spiders and allowing it to crawl menacingly up his arm.

In an attempt to dispel the myth surrounding the Wandering spider’s temperament. Much like The Beast in Beauty The Beast, these spiders aren’t as aggressive as they appear once you get to know them!

Native to regions in South and Central America, Phoneutria fena carries a bloody deadly neurotoxin and if bitten, a victim will encounter severe pain in the area. It has also been observed that male victims can encounter a long and painful erection as a result of nitric oxide which increases blood flow. How about that! One can literally be stiff with fear. Scientists are looking to incorporate the venom into male ‘performance-enhancement’ medication. With the genus derived from the Greek for ‘murderess’, it is no wonder that they have been so feared throughout history.

The nickname Wandering came from their penchants for aimlessly ambling into homes and hiding in jacket pockets. It’s no wonder there have been so many deaths associated with the spider as a startled human reaction to their grotesque appearance is more than a little likely to, in turn, scare the spider!

Spiders generally bite humans in defence rather than attack. Even if they do, they have to have the ability to penetrate the skin (its fangs are designed for smaller animals) And deliver a toxic dose of venom which is not always the case. To its prey, on the other hand, they are ruthlessly aggressive and have been known to take down birds, lizards and tree frogs. Eek.

Bare in mind that these are calm spiders under the watch of a calm enthusiast. Not many of us would have the balls or temperament to take this on!