If there’s one thing people who’ve been on the internet are familiar with, it’s the idea of quitting your job in a ‘humorous’ or outlandish way. We’ve never seen it happen in real life, but we assume it’s a lot more underwhelming than the internet makes it seem. One thing we haven’t seen a lot of, though, is how people handle it when they know they’re gonna get the flick. Well, enter Kiwi bloke Joshua Jack.

Deadset, this bloke’s such a legend they gave him two first names. And, yeah, while that alone makes him a pretty rad dude, it seems like he’s got a sense of humour too. After getting the vibe that he was about to get the chop at work, he brought an ‘emotional support’ clown along for the ride. 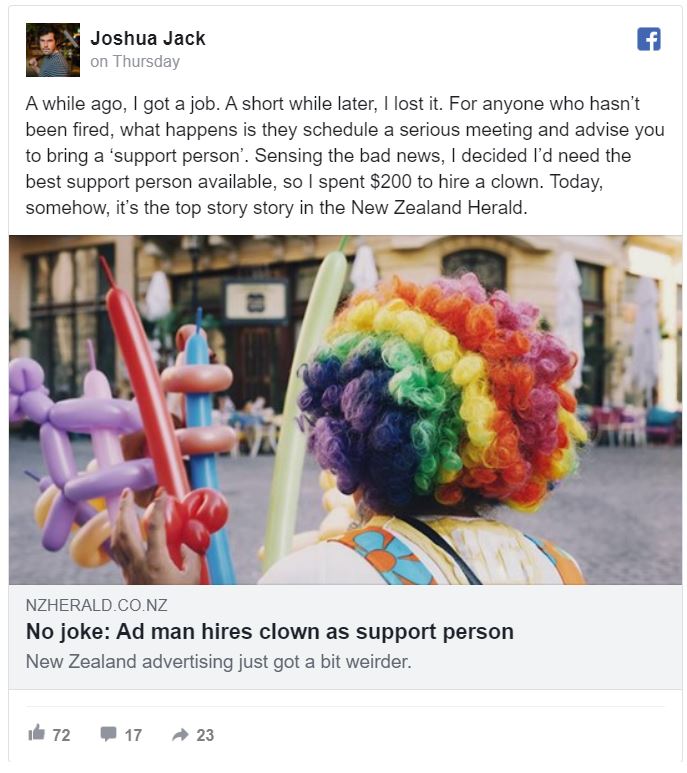 We don’t need to go on about it, though. Here’s how he described the scenario on his Facebook post: “A while ago, I got a job. A short while later, I lost it. For anyone who hasn’t been fired, what happens is they schedule a serious meeting and advise you to bring a ‘support person’. Sensing the bad news, I decided I’d need the best support person available, so I spent $200 to hire a clown.” 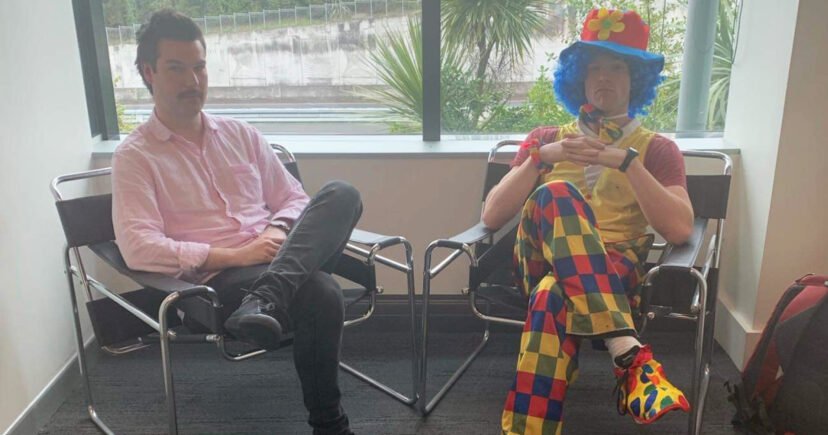 Apparently, the clown was a handy ally in the meeting. And yeah, Jack was spot on. His boss was pulling the pin. Jack reckons, “It was sort of noisy, him making balloon animals, so we did have to tell him to be quiet from time-to-time.” 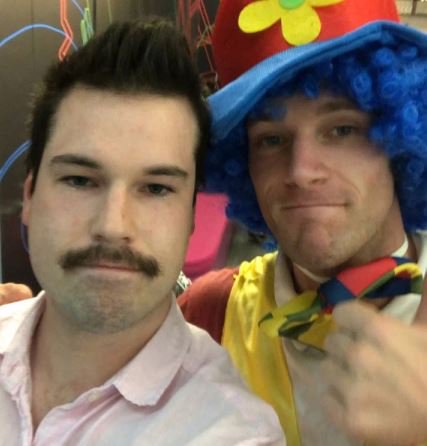 His bosses even appreciated the stunt. Apparently, they saw the humorous side. Jack reckons they bloody should have, though.

“He was $200 so basically he was, I assume, one of the best clowns in Auckland. I definitely recommend bringing Joe or another clown. Highly recommended. [The employers] were getting a free service and also getting the entertainment from Joe the clown. I mean, I did get fired, but apart from that it was all smooth running.” 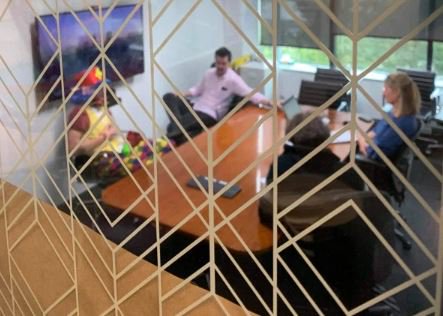 Final thought: Now, we don’t know if the whole ‘emotional support person’ is just a Kiwi thing, but it’s all very PC and wellbeing-focused, and that can only be a good thing. After all, we suppose you never know how someone’s gonna take it when they find out they can’t count on their next paycheck. Anyway, let us know what sort of emotional support you would bring to your final meeting.

Look, seeing as this Halloween is clearly going to be chock-a-f**ken-block with Jokers, we reckon this bloody story is pretty timely. As you’re aware, the Joker’s been a bit of a Halloween staple since long before Led...