Pretty much all of us are familiar with the humble vacuum. It really is an everyday device that’s found in homes across the world. We’re also all pretty bloody familiar with their sole purpose: to suck dust and crud off the floor. Unfortunately, it seems that some people are using them for a much darker purpose…

Yeah, nah, there’s no real way to make this sound nice, so we’re just gonna let you look at a tweet posted by a nurse and brought to wider attention on IFLScience: “Ladies… Please stop using your vacuum hose to end your period early. You’re gonna wind up sucking out a lot more than blood! There were 2 cases of this so far this week and both women had to be admitted. Just… STOP!” 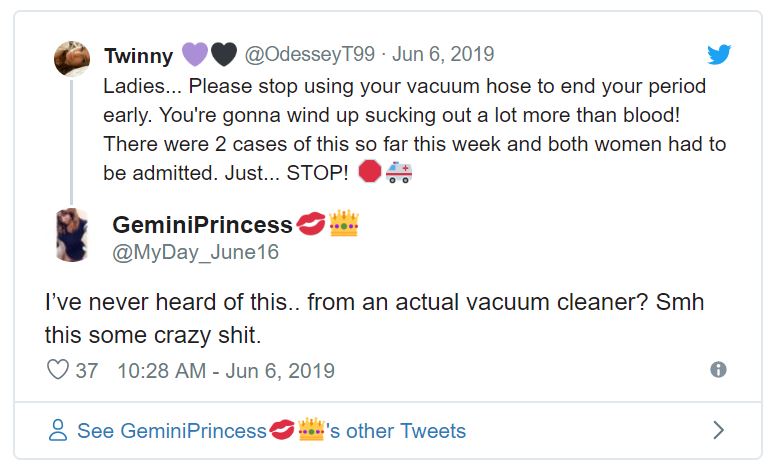 Yeah, there you have it. In a move that’s sure to disappoint Dolmio-grin enthusiasts everywhere, sheilas are, apparently, using vacuums to try and end their periods early.

The nurse went on to explain that:

“They used the suction hose to suck out their periods hoping to end them early. They both sent themselves into shock instead. I don’t know if it was Eureka, Dyson, Hoover or some Walmart brand, but yes… An actual vacuum cleaner.”

Obviously, this is pretty hardcore, and we hope the women who did it are recovering and won’t do it again, because as Twinny explains:

“[It’s] dangerous. Today’s vacuums are extremely powerful. They could have sucked out a lot more than blood. Your period has a steady flow of its own that for all intents and purposes your body can tolerate. A vacuum increases that flow over 1,000 times which your body can’t tolerate, therefore sending you into shock.”

Now, talking about that whole ‘darker’ side of things, some people are wondering just why the hell a woman would opt to do this. In turn, others have suggested this might be symptomatic of women performing at-home-abortions. 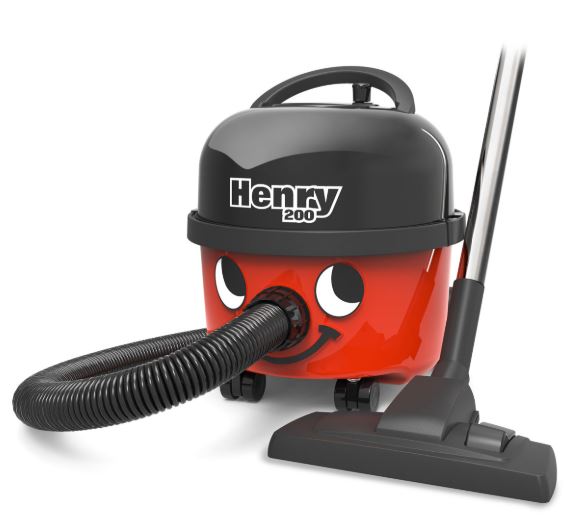 Considering the current state of play in parts of the States over abortion laws – which, to be honest, are pretty bloody sad – there’s obviously a risk of more women in need of abortions being driven underground and hurting themselves pretty badly with exactly this kind of nonsense.

Final thought: We reckon our thoughts on that are pretty clear. If you are considering something like this, think twice. Your hoo-ha is not designed for the suction power of your household Dyson. Also, blokes, don’t put your dick in one. Just don’t.