Let’s be honest, we’ve probably all driven a bit too fast in an area where we really shouldn’t. And while we’d say there’s nothing wrong with that, there patently is – and we don’t mean because of the possible fines. Yeah, nah, no one wants to skittle some kid chasing their ball onto the road. That would be undoubtedly crappy. Of course, it is easy to speed, and you’re not alone if you’re thinking that maybe nothing bad could ever happen to you. The problem is, it could. And that’s why this granny’s kinda fruity stunt is well worth checking out…

Yeah, deadset, have a look at Patty Baumgartner from Montana in the US. She sets herself up on the side of the road with a nice cold drink, her chair, and her hairdryer. Apparently, it’s a ploy to convince speeding drivers that she’s got a speed gun. We couldn’t tell.

On what must have been a slow news day, she told a local news channel, “We were talking about maybe something would slow the cars down. So, we decided to put me in a chair and I guess use the hair dryer as a speed thing.”

She’s admitted to not really having any clue whether or not it works, but after her son Tim took some photos of her doing her thing and tweeted it to Montana Highway Patrol Trooper Noah Pesola, the cop said he bloody loved it. 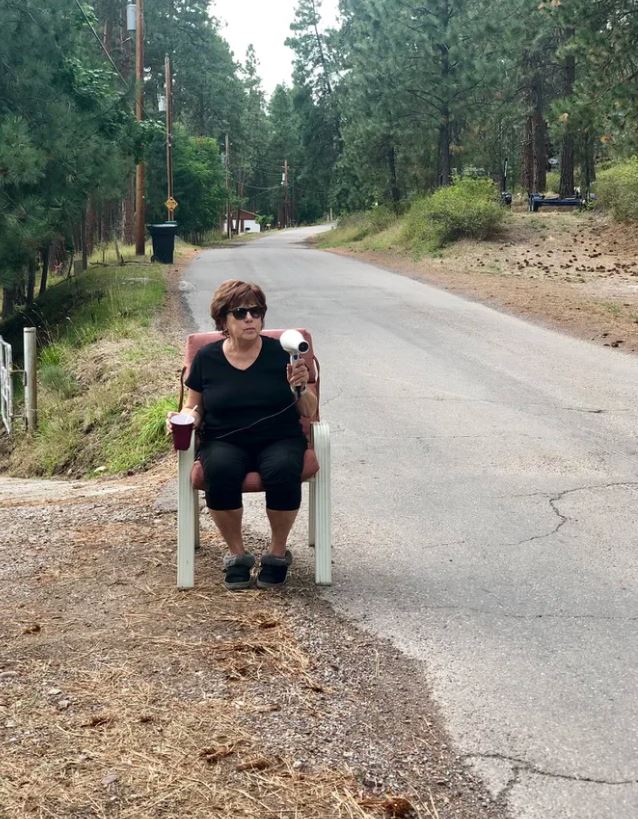 “I thought it was hilarious, I think that we have a speed issue in Montana and I thought it was a great creative idea for the public to try and combat that a little bit without making people too upset.”

Fair dinkum, he was so stoked with Patty’s heroics that he even made her an ‘honorary trooper’. “It’s not an official (title) or anything like that for the honorary trooper, which is kinda what I called it. I didn’t know what else to do for her, when she’s doing something for the community and like she says she’s got grand kids in the area so she’s doing something for her grandkids benefits. The best thing I could think of was give her a trooper hat and a badge to make her look a little more official.” 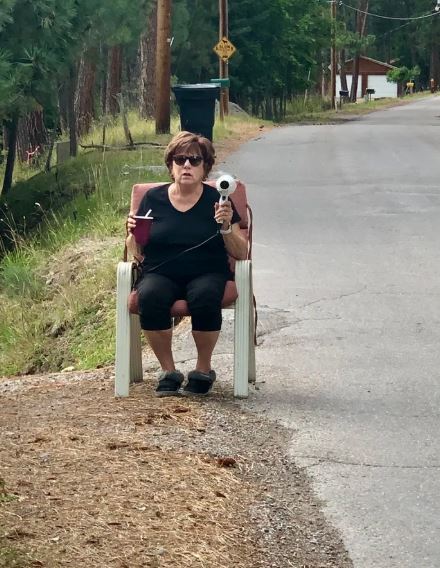 Final thought: Obviously, Patty’s doing something for the neighbourhood here, but if this isn’t a clue that grandma needs a hobby, we don’t know what is. Still, she’s trying to help, so we can’t not give her a top sheila award. Thanks, Gran! Let us know how your grandparents practice their everyday heroics in the Facebook comments.