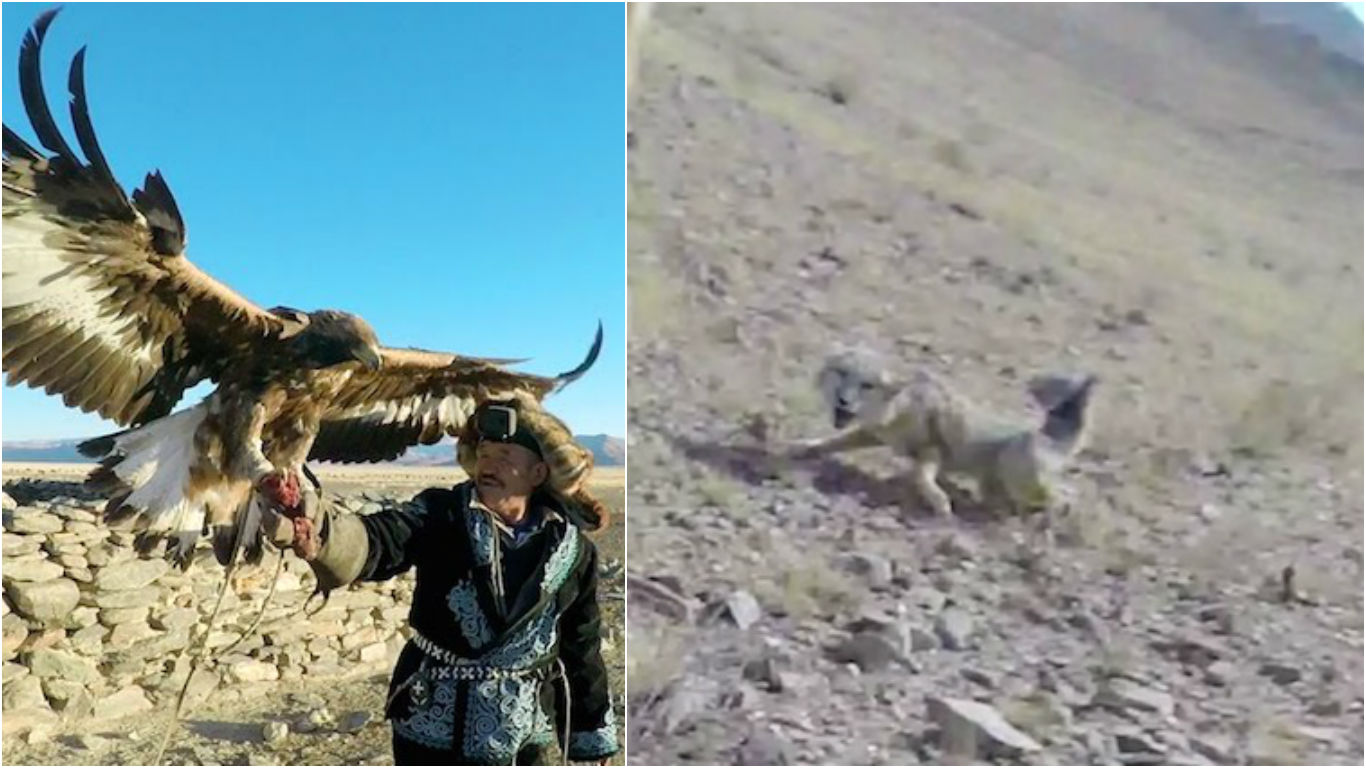 Our hunter and gatherer ancestors didn’t have the luxury of a supermarket. In the old days you’d have to farm, hunt or fish if you wanted to ensure a meal for you and your family, and in some parts of the world that’s still a common practice today. Take these Mongolian hunters for example, who have been perfecting the art of hunting with eagles since back when the Khitans in 936AD!

For the most part the Mongols tend to stick with the Golden Eagle for their hunts.

These “booted” eagles work perfectly for the harsh environment; their plumage stretches down to cover their tarsus, which is different from most other breeds of eagles and protects them from the cold and wind. The description of the clip states:

“On the Western plains of Mongolia a nomadic group of Kazakhs continue the ancient practice of hunting with golden eagles. The Burkitshi are a small and dwindling community, eager to pass on their traditions in the face of growing modernization in Mongolia.”

The Mongols have known of the sheer power and capabilities of these gorgeous eagles for years, and now thanks to the upgrades in technology we can finally get a glimpse as to what a Golden Eagle sees and experiences while hunting. Locating a Red Fox a ways away from the hunting party, within moments the bird of manages to quick scope its prey and acts like fox-seeking drone missile.

What’s even more impressive is that the fox it nabbed was almost as large as the eagle itself! What also interesting, in the extensive behind-the-scenes footage of this clip, it shows exactly what the GoPro had to go through to make the movie. What surprised this reporter the most was how easy the camera was to attach to the eagle. It seems like putting the camera on a flesh-eating bird of prey is basically just about snapping a collar on!

WATCH THE INCREDIBLE FOOTAGE ON THE PLAYER BELOW