Over the centuries, the French have given the world a few bloody bonza things. Obviously, the peak of their offerings is the humble French fry, but fully sick band Gojira are also pretty good and those Gallic ideals of liberty, equality and fraternity are up there too. Following in that tradition, a grouse new hashtag that’s doing the rounds is also showing the French in a pretty good light. And you know what, we reckon the fact it was started by teens only makes it better. 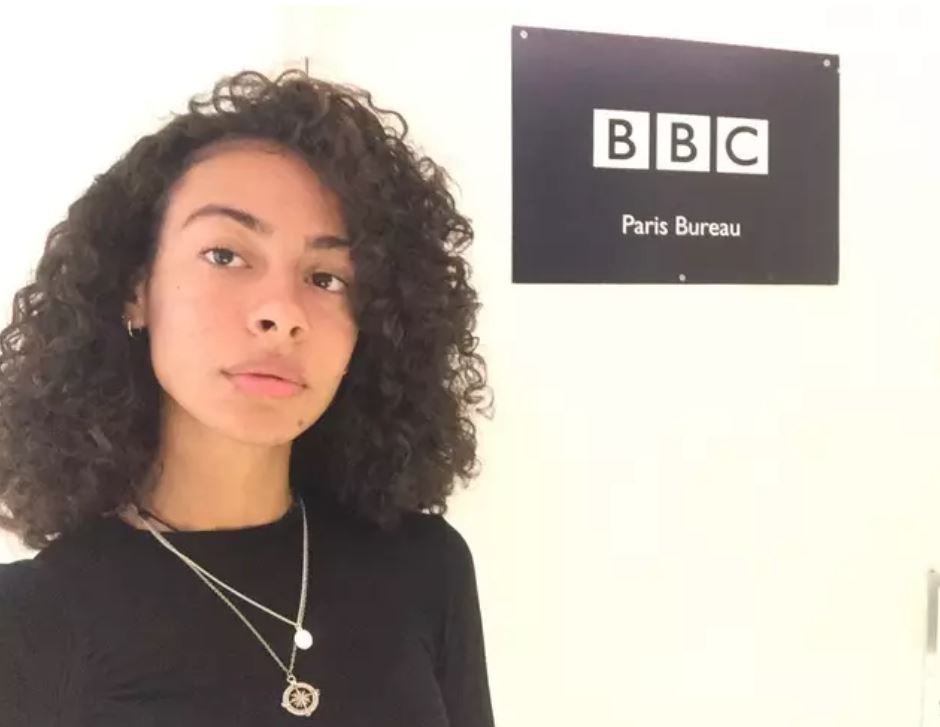 Deadset, teens don’t really get a fair pump of the plunger in the media, so we reckon we ought to celebrate the young sheila who’s popularised the #Fillthebottle challenge. That sheila is Amel Talha and her challenge is all about cleaning up cigarette butts.

When one of Amel’s mates posted a picture of a water bottle loaded to the brim with discarded cigarette butts, stating that it had taken him only twenty minutes to fill and another mate said, “It isn’t much, but if everybody did it, that would be something cool,” she got involved and helped come up with the hashtag. 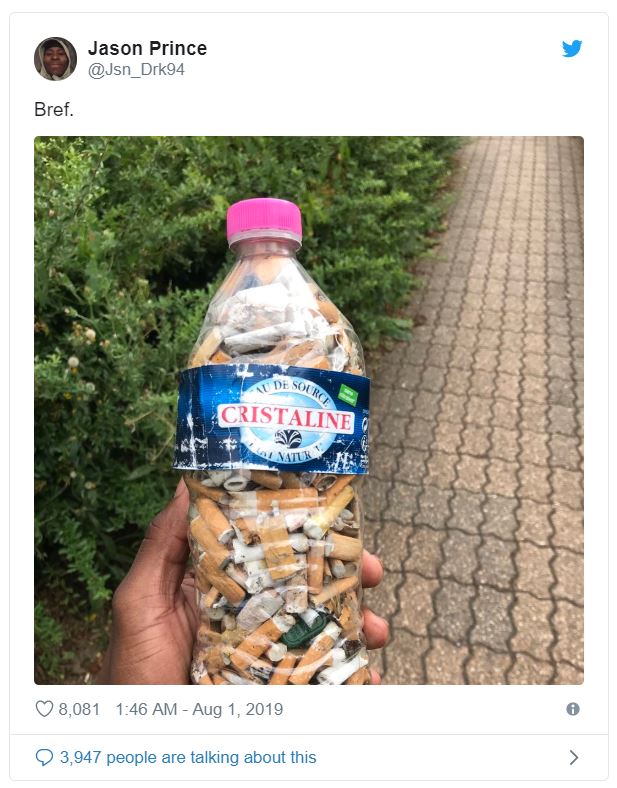 Fast forward 24 hours and the tag’s caught on like wildfire. Or herpes. Whatever floats your biccies.  In just 24 hours, others from across the globe have got behind the movement to fill a bottle with as many discarded cigarette butts as they can.

The hashtag’s appeared in places as diverse as Bulgaria, South Africa, Switzerland and Tahiti. In response, Talha has said, “I think it is very important to make people realise that this movement is here to make them wake up, make them realise that the situation is critical, that we have to do something and now.” 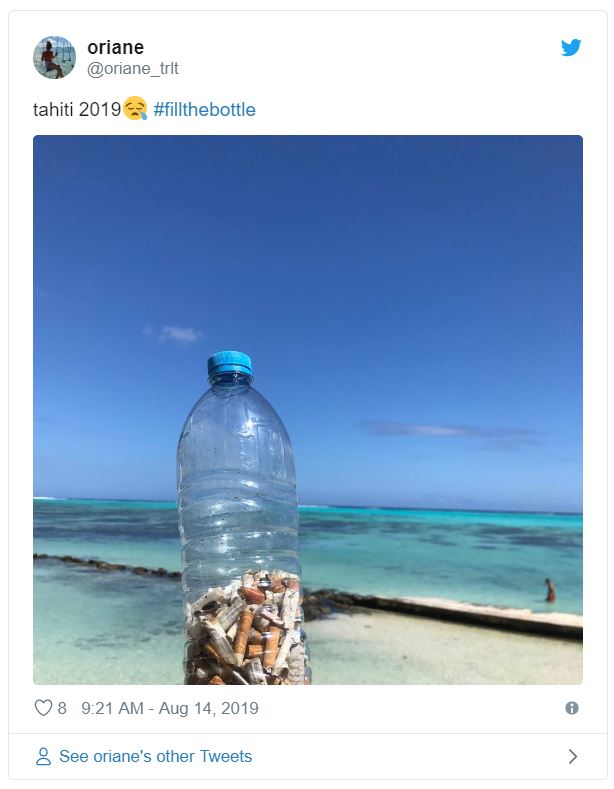 And she’s right. Cigarette butts are pretty friggen s**t for the environment and can take anywhere from 18 months to a decade to decompose. 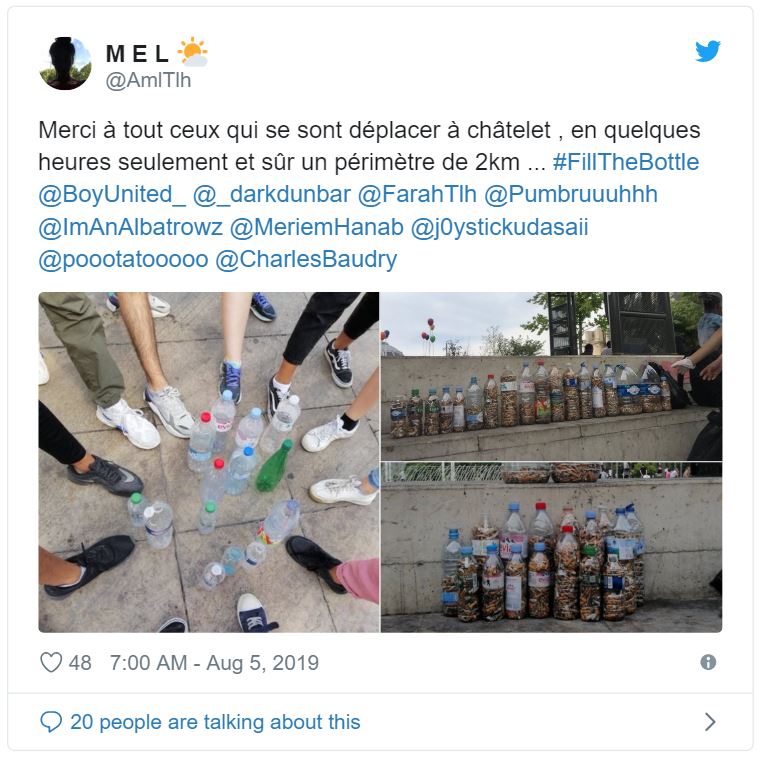 Final thought: We love this and we reckon that in light of all the bad press teens get, you’ve gotta give ‘em some kudos for getting something like this started. Of course, the flipside is that smokers who can’t be arsed getting rid of the butts properly need to pull their finger out. Come on, blokes, it’s not that hard to just put ‘em in the bin, surely. Amel, this top sheila award is all yours. And, you know what, your mate Princy can have a top bloke award for getting the ball rolling. Good stuff.