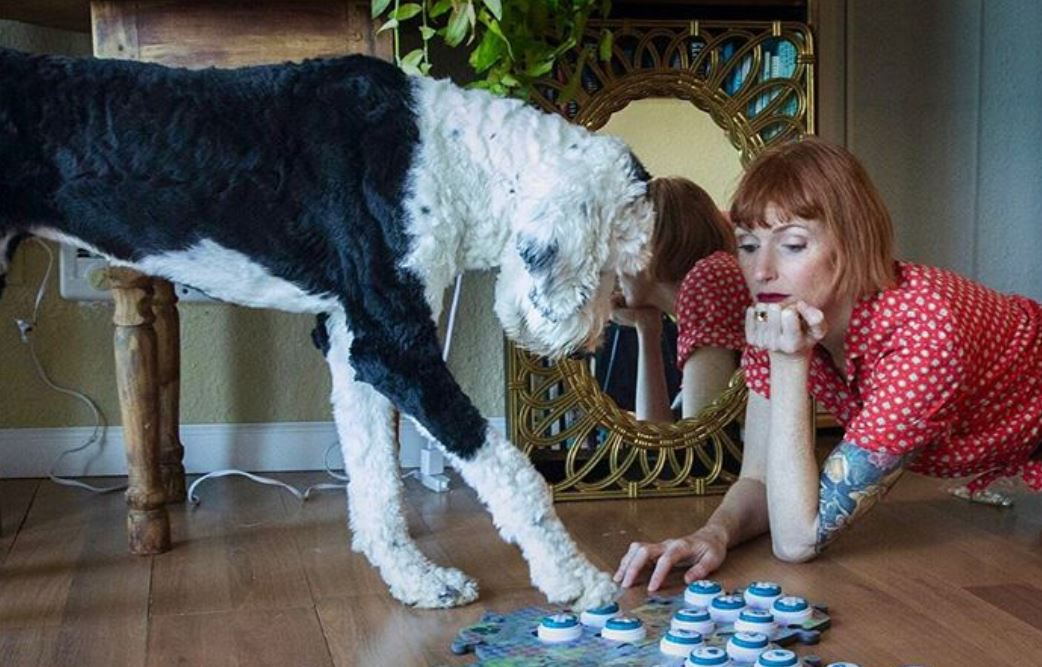 It’s no secret that we bloody love dogs here at Ozzy Man Reviews. We’re firm believers that the little legends are man’s best friend, and whenever we see or hear about one doing something rad, we’ve gotta share it. Without trying to hyperbolise s**t too much, we reckon this might be the most next-level-awesome-f**ken-doggo s**t we’ve ever seen. This pooch can literally communicate through buttons.

Yeah, nah, we thought the surfing, skating, lifesaving, crime-fighting canines were pretty bloody rad, but if we had a dog that could talk to us, we’d never leave the house. We’d just lie around talking about how awesome food is, how great naps are, and asking for tips on licking our own balls.

That obviously sounds a bit ruff, but we’ll power through. The reason for that is the legendary mutt from this video, Bunny. No word of a lie, Bunny can f**ken talk to her owners using a special set-up.

Apparently, Bunny’s got an Instagram account and you can fall into quite the rabbit-hole watching it, but in this particular video, she’s got something in her paw and she f**ken tells her owner about it.

Give it a squiz and watch Bunny walk over to the big keyboard on the floor and announce that she’s ‘mad!’

At this point, you’re thinking yeah, nah, this is bulls**t, dogs can’t f**ken talk. This is a stitch-up.

And then Bunny points out that she has an ouchie.

We learn from the video that Bunny’s been using ‘ouch’ in a few contexts, so it needs to be taken with a pinch of salt, but as the video unfolds to its amazing conclusion, it’s pretty hard not to be impressed. Give it a watch. It’s next-level awesome.

Final thought: We don’t know if this is legit. It feels too incredible to be true, but at the same time, we don’t care. Talking f**ken dogs, man. That’s the greatest s**t on earth. Check it out, and let us know what you reckon in the Facebook comments. See you there.

Video Link: What About Bunny