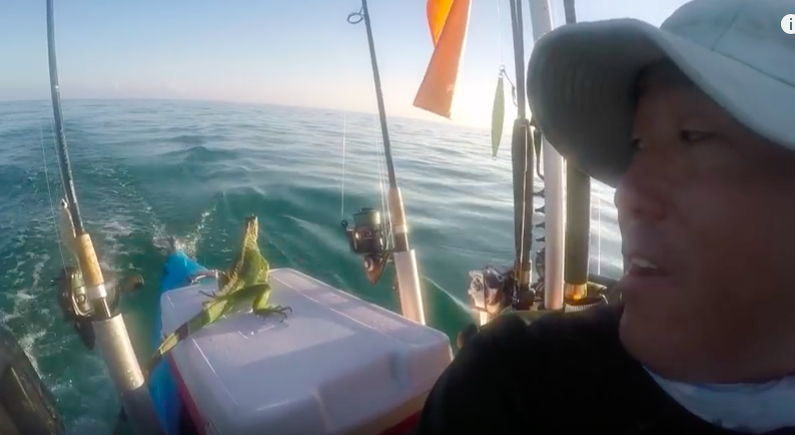 Top Bloke Finds Iguana 4 Miles Out to Sea, Takes Him To Safety

Imagine finding an iguana 4 miles out to sea and giving it a ride back to land. That’s exactly what happened when Steve from Key West Kayak Fishing was heading home from an offshore fishing trip.

I bloody love bloody iguanas. They’ve got to be among the coolest little lizards there are. Masters of evolution, vividly coloured, able to swim like the Thorpedo and crack that tail like a whip, they’re right up there with my favourite animals.

Of course, I wouldn’t expect to see one when I was out in me kayak trying to enjoy a bit of a deep sea fish and catch the missus some dinner. Neither, apparently, did Steve. He reckons he was, ‘coming in from an offshore trip,’ when he ‘noticed a weird shaped object floating in the distance.’

“Up you get, little fella.” Credit: Key West Kayak Fishing

Whereas I, with all the weird sh** washing up on beaches lately, would have packed me dacks and got the f*** out of there, Steve wanted a closer squiz. He reckons all he could see were the multiple fins running down its back so he ‘thought it was some sort of palm frond, but it just didn’t look right.’ When he finally stopped he noticed that it started swimming.

As you can tell from the video, it was a bloody iguana. A f***ing bewdy too. Steve, being a deadest legend, said on his YouTube channel, “I have seen plenty swimming around the islands, but never one that far out. Most likely it got caught in one of the swift outgoing tides and got pushed out to sea. I was just inside the reef so it was close to four miles from land. Most likely it would have died out there as the current that far out would probably push it East with very little chance of coming back inshore.”

Personally, I really like the way the friendly little bugger saw Steve’s kayak and thought, F*** YES!  Salvation at last.  With minimal coaxing it hitches a ride back on Steve’s esky and enjoys a sweet ride back to land. 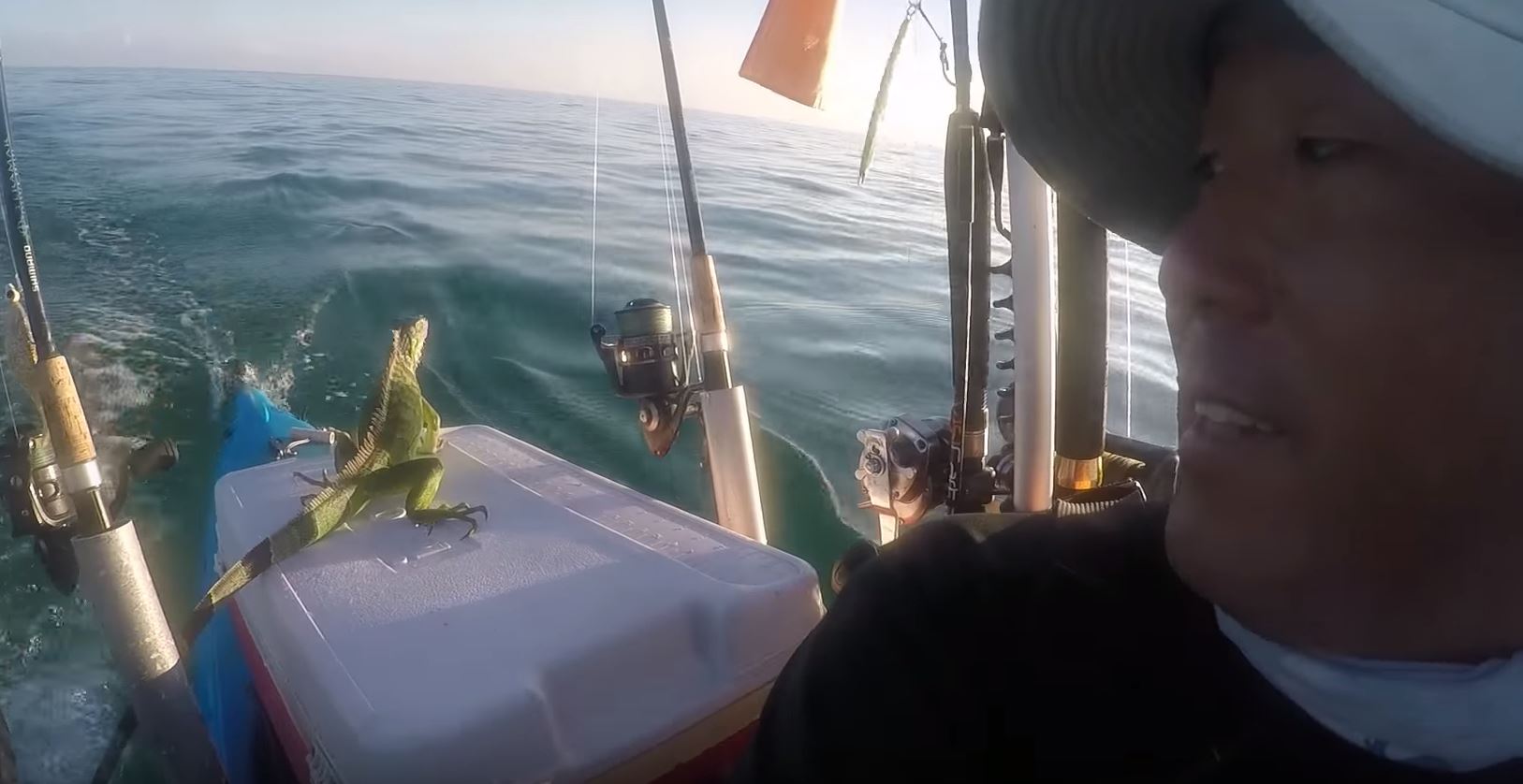 Finally, when it sees those mangroves it bobs its head in gratitude and says, ‘f***ing thanks, mate. I owe you one.’ Steve hangs around for a few photos. Can’t say I blame him. It’s one hell of a story for the grandkids. 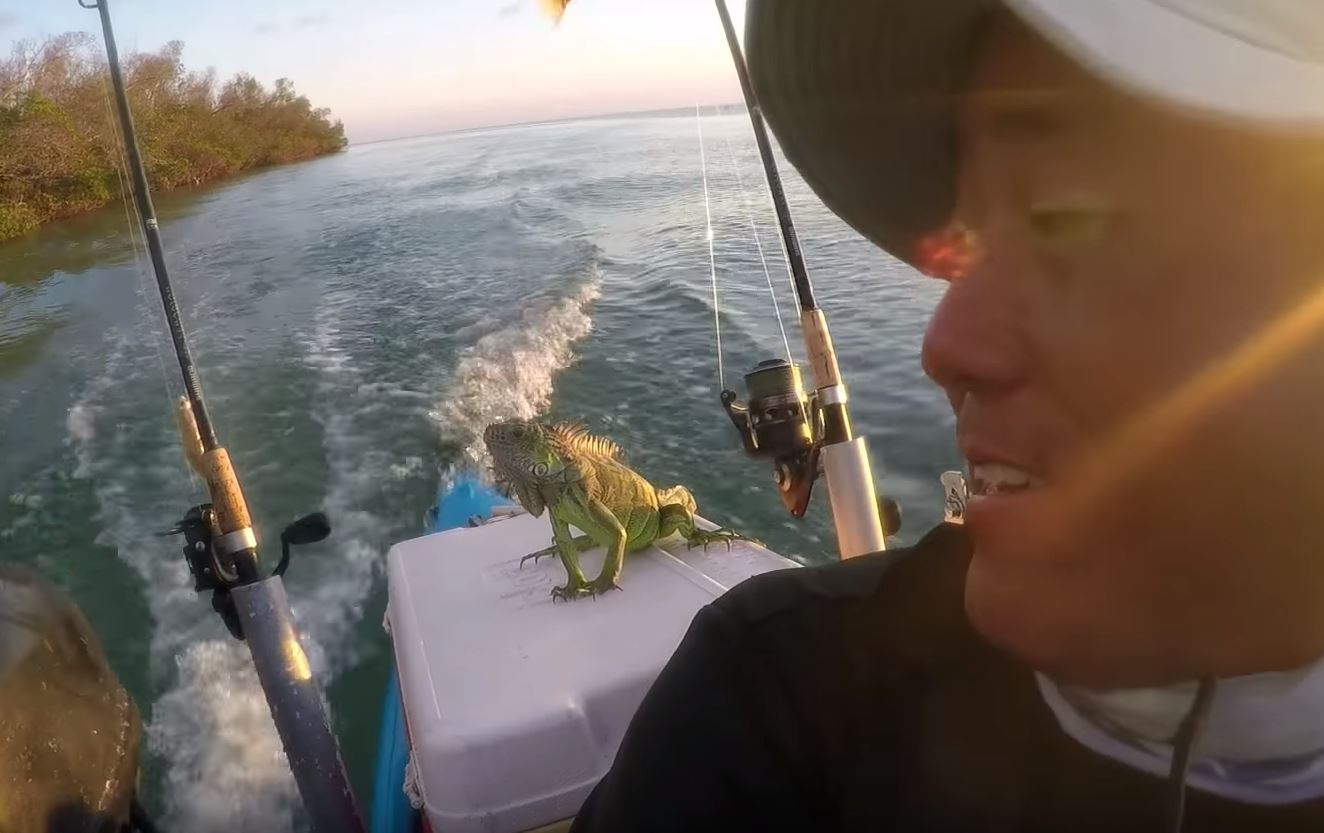 “Say, you got any brewskis in here?” Credit: Key West Kayak Fishing

Good on ya, Steve. You’re obviously a top bloke and you’ve done all of iguana-kind a service. One day, their lizard brethren will surely thank you and you will be spared when they emerge from the shadows to lay waste to humanity. 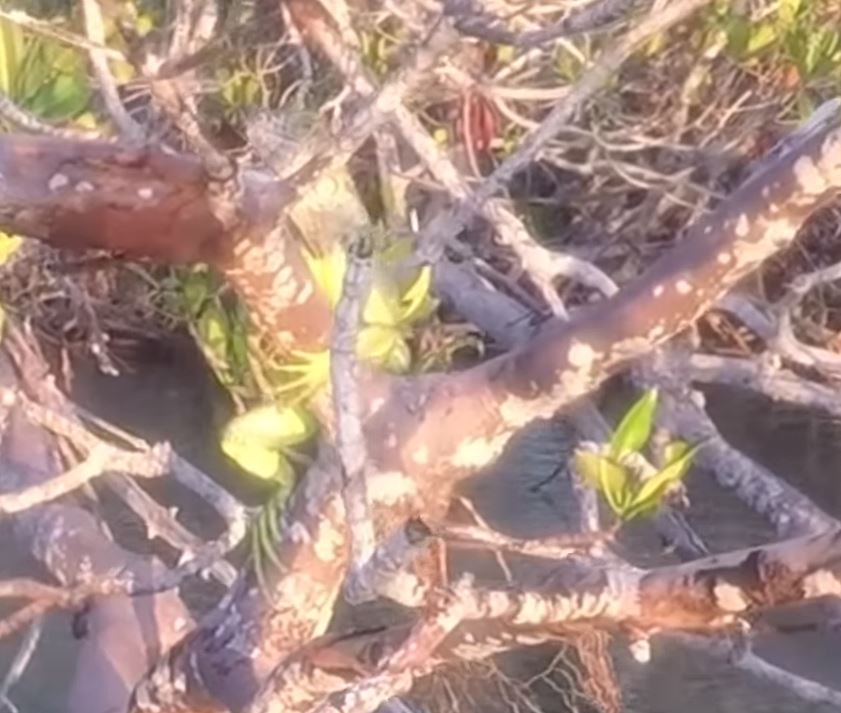 Remember this day, and put in a good word for us.  In the meantime, enjoy your top bloke nomination.  It’s well-deserved!

Bloody legends use digger to save dog from drowning

F**ken dogs are right up there with the best creatures on the planet. Yeah, nah, deadset, they’re truly bloody awesome. That’s why we love people that love dogs. They’re bloody grouse. Dogs are grouse. And, when you t...