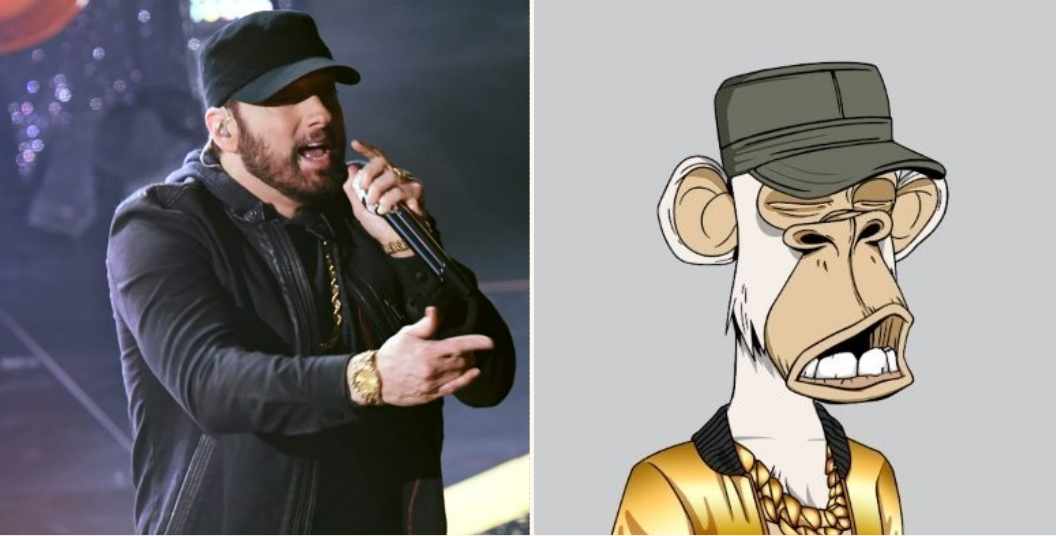 If you’re on the internet, there’s no doubt you’ve heard of NFTs. Whether or not you understand them doesn’t really matter. Yeah, nah, you just need to know that they exist and that people spend stupid money on them. One of those people is Slim Shady himself, Marshall Mathers aka Eminem. Check it out…

Yeah, look, we’ve made an executive decision here and we’re not gonna try to explain NFTs to you.

Nah, you can google that s**t, and we’ve no doubt there’ll be a tonne of people who can explain the controversial item to you in the comments section in much better terms than we can.

I sold @Eminem his @BoredApeYC pic.twitter.com/7MQtx0Fpse

So, basically, what we’re saying here is it’s not the how that matters in this story, it’s the what. And the what is that Eminem’s just dropped almost half a million US dollarydoos (although it was supposedly done with 123.45 Ethereum) on an NFT.

The NFT in question is a Bored Ape artwork that resembles him, and it’s now his profile pic on Twitter. Apparently, the artwork was originally owned by Twitter user @Gee_Gazza before he sold it to the famous rapper.

I’m living in a simulation.

Thank you @Eminem for buying my ape and joining the club!

Madness. Let me write a lyric in your next single 🤣 pic.twitter.com/myGNRmMLeD

He took to Twitter to announce the sale, saying that the whole thing was ‘madness.’

The NFT depicts an ape with white fur, low grey hat, gold jacket and chains that shares more than a passing resemblance to Shady. In his tweet, @Gee_Gazza, writes, “I’m living in a simulation. Thank you @Eminem for buying my ape and joining the club! Madness. Let me write a lyric in your next single.”

Reports suggest the NFT is just one of 15 that Eminem has purchased. It’s also not the first NFT to be sold to celebrities by the Bored Ape Club. Apparently, Jimmy Fallon, Steph Curry and Snoop Dogg have also bought them.

Final thought: As we alluded to above, we’re not entirely sure how this whole NFT thing works. Don’t get us wrong, we’ve read some stuff, but we’re still just not sure. If you can explain it to us in the comments section, go nuts. See you there, you big bloody bewdiful legends!