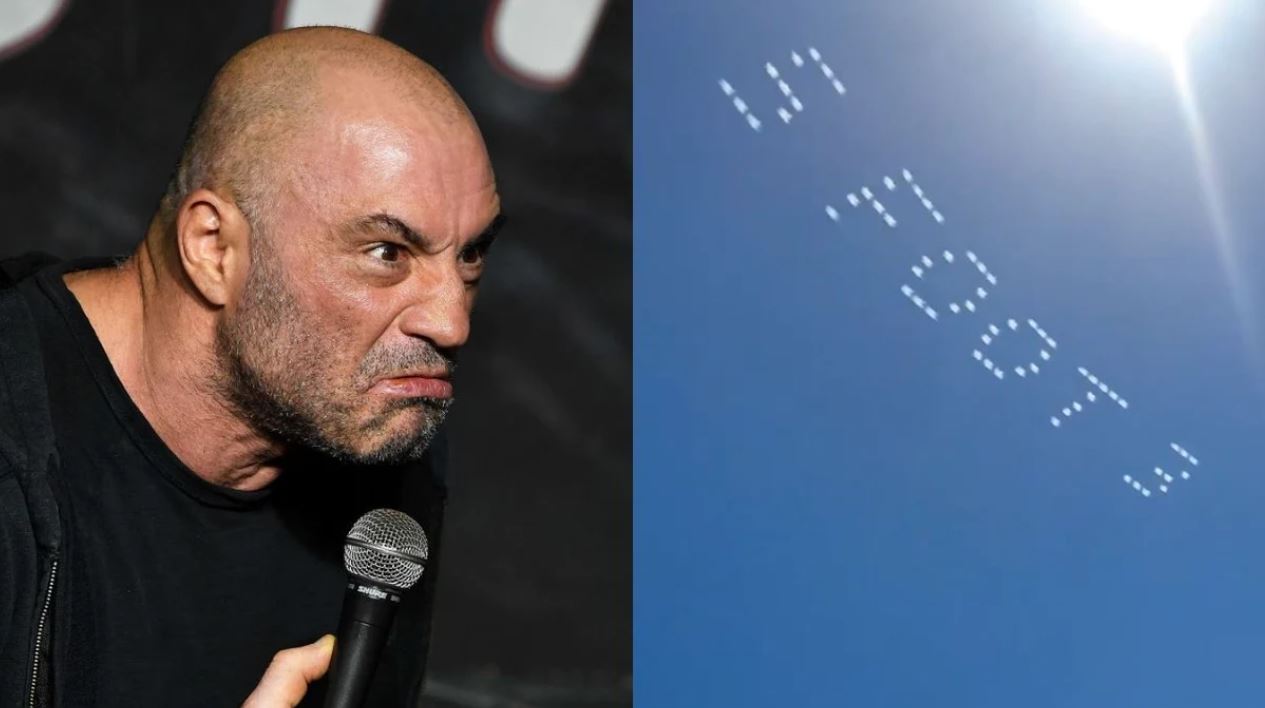 Joe Rogan’s a bloody interesting character. Immensely popular, often controversial, and frequently maligned, you can’t deny that he fits a pretty specific niche in the pop culture landscape: a niche that, according to the internet, is about 5 foot 3. Anyway, we’re not here to discuss Rogan. Yeah, nah, we’re here to talk about an epic proposal that focused on an excellent roast of the man himself. Check it out…

Basically, the bloody internet had a great time when a truly epic marriage proposal went viral the other day.
It all started when some bloke – we don’t know who – had a pilot skywrite his proposal.

That’s not all, though. While he had the opportunity, he also paid the pilot to add a little bit more to the short message. We’re not sure exactly what inspired him, but we’re guessing that you get a certain amount of characters included in the initial cost.

the gag is the full message is “Will You Marry Me Mollie Pratt? She said yes! One more thing Joe Rogan is literally 5 foot 3”.

You think im joking but im not https://t.co/C39pBWFwlH

And, let’s be honest, if you’ve got enough characters left over, you may as well use them to roast a celebrity.

Joe Rogan when he sees someone wrote he’s literally 5’3 in the sky pic.twitter.com/j58CKN9uTB

The full text read: “Will You Marry Me Mollie Pratt? She said yes! One more thing Joe Rogan is literally 5 foot 3”.

Joe Rogan when he finds the guy who had a plane sky write Joe Rogan is 5’3” pic.twitter.com/0mABtsNzsZ

Of course, things didn’t stop there.

Yeah, nah, that’s only the smallest part of it. Once the internet got wind that people were making fun of Joe Rogan’s height, plenty of others jumped onto the bandwagon.

every picture of joe rogan next to someone looks like he's meeting a celebrity through the make a wish program pic.twitter.com/4SmUS8d9AY

As you can see from other tweets that have done the rounds, people bloody loved it.

That said, we’re yet to hear from Joe, but he has gone on the record in the past to say that he’s actually 5 foot 8.

@codymfhurst @JoeyStats707 It's people being changing wikipedia because we were joking around about it. I'm short, but not that short 5' 8"

Final thought: Banter aside, we’re bloody glad that the lovely couple have decided to tie the knot. Big congrats to them. Here’s to a happy life full of joy and celebration. Cheers, ya legends!