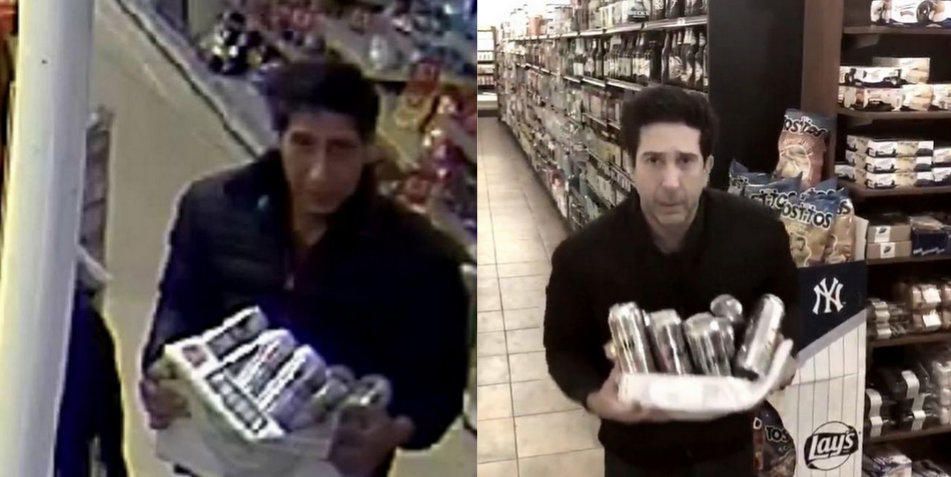 David Schwimmer responds to Blackpool police searching for his lookalike

All too often, we repeat the fact that the internet, when it’s not being face-palmingly sh*t, is actually fist-pumpingly wonderful. Deadset, it’s the biggest bloody wonder of the modern age. It’s the bees f**ken knees. It is, for want of a better term, the tits! Don’t believe us? Check this sh*t out: when Blackpool Police posted a wanted photo of a guy stealing lager, people were quick to point out he looked like Ross from Friends. In a legendary turn of events, Schwimmer has posted an alibi to prove it couldn’t possibly have been him! Only. On. The. Internet!

Rightio, ya champions. Let’s get things started with a bit of context. Schwimmer – as you know – played the character of Ross in the iconic as f**k 90s sitcom, Friends. Ross was known for liking a bit of a tipple. And, apparently, so does the suspect Ross lookalike.

Pretty much as soon as Blackpool police posted an image of the alleged lager-thief, the good patrons of the internet were all over it, and some of the comments were f**ken grouse: people from all over got in on the act. One claimed it hadn’t been the thief’s week, his month, or even his year! Another reckons he shouted PIVOT as he lifted the beers. 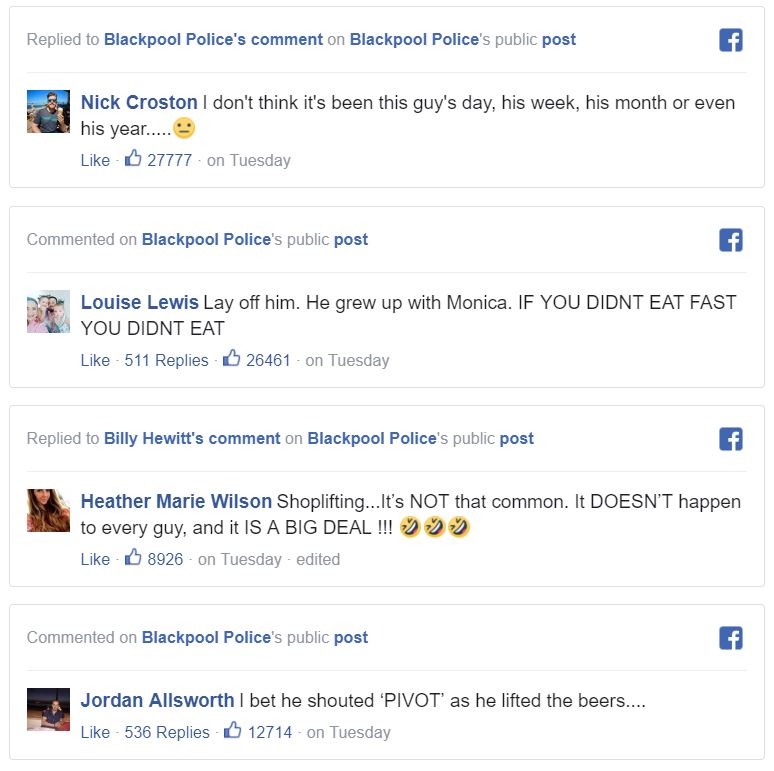 Eventually, word about the viral post made its way to Schwimmer himself. Never one to pass up an opportunity for a laugh, the actor knocked up a quick response and ‘alibi’.

Officers, I swear it wasn't me.
As you can see, I was in New York.
To the hardworking Blackpool Police, good luck with the investigation.#itwasntme pic.twitter.com/EDFF9dZoYR

Officers, I swear it wasn’t me.

As you can see, I was in New York.

To the hardworking Blackpool Police, good luck with the investigation. #itwasntme

In response, the Blackpool Police announced he was officially off the hook:

Thank you to everyone for your speedy responses. We have investigated this matter thoroughly and have confirmed that David Schwimmer was in America on this date. We’re so sorry it has to be this way.

Final thought: As we said, the internet just continues to make everyone’s life better and better. I mean, how did we even survive back in the days when Schwimmer would never have been able to respond to and participate in such a great little moment? Thankfully, it looks like the only thing he’s guilty of is being a top bloke.

Just in case you missed it, here’s one of Ozzy’s latest commentary videos…Ozzy Man Reviews: Alpaca In A Hole