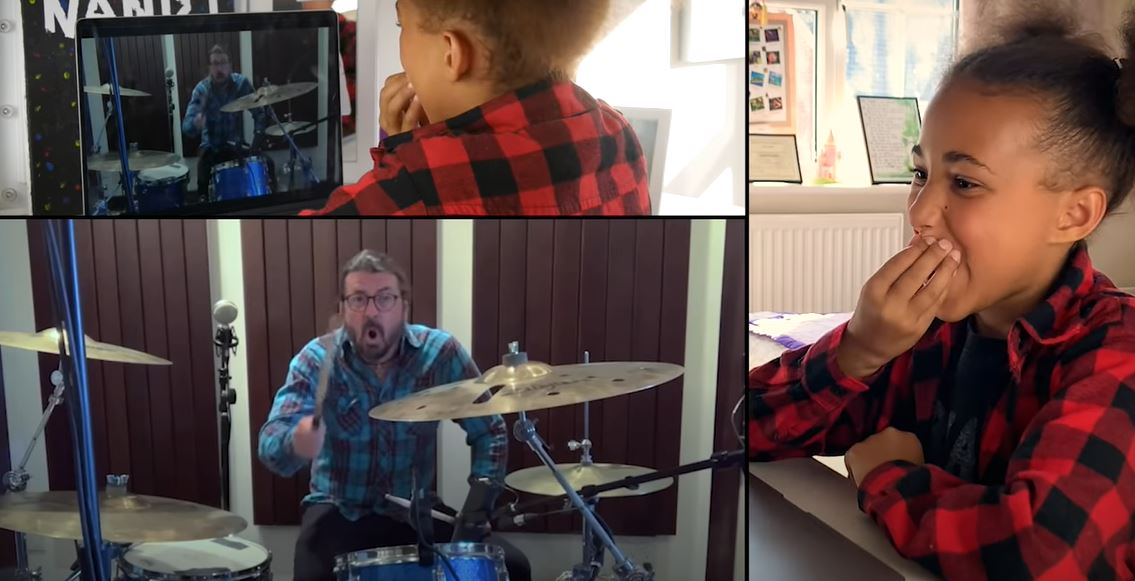 Considering he pops up on this website all the bloody time, it’s fair to say we love a bit of Dave Grohl here at Ozzy Man Reviews. Yeah, nah, the bloke’s a living legend, and we don’t even need to explain that s**t. Besides, although he’s involved, this story’s not really about him. Yeah, nah, this one’s all about little Nandi Bushell and his response to her drum-battle challenge…

For a little bit of context, you need to check out Nandi. This little sheila’s a bit of a bloody prodigy when it comes to beating the skins. Not only have her videos gone viral, but she’s even featured on Ellen.

The Rock Gods of old! If legend be true. Bonzo, Baker, Peart, Moon, I call on you! These beats give me power, my screams are for you! Mr Grohl is a LEGEND, it’s an honour to battle you! THE GREATEST ROCK BATTLE IN THE HISTORY OF ROCK!!! @foofighters #teamnandi #teamgrohl pic.twitter.com/FmZk9SoPvb

So when she challenged Dave Grohl to a drum-off, the legendary drummer couldn’t bloody resist. In a video response, he announced that he hadn’t played Everlong on drums since he originally recorded it. He told her, “You are an incredible drummer…so today, I’m gonna give you something you may not have heard before.”

From there, he whipped out a That Crooked Vultures standard, Dead End Friends and challenged Nandi to come back at him.

It was an honour to be part of the most #EPIC #ROCK in battle in #HISTORY! With the most awesome, fun, kind and legendary #DaveGrohl! Thank you for giving me this incredible opportunity. I am extremely grateful. The Rock Gods of old are happy! @foofighters @crookedvultures pic.twitter.com/Fyk4AyQ7pg

Ok @Nandi_Bushell….Round 2! Every superhero needs a theme song. Here’s one for you! Mad props to The Grohlettes for the background vocals. pic.twitter.com/js9xBasbpw

And then the bloody skinsman busts out a theme song for Nandi. As you can tell her from her reaction video, she’s bloody stoked and we don’t blame her. The look on her face when she realises what this rock n roll god has done is bloody priceless!

Final thought: Bloody Grohl. The bloke’s got some strange beliefs and he’s lived a life, but when it comes down to it, you can’t fault him for his actions here. Still, despite all that, it’s still Nandi who’s the star of the show today. This little sheila’s drumming is bloody mintox!

Just in case you missed it, here’s one of Ozzy’s latest commentary videos…Ozzy Man Reviews: Trampolines