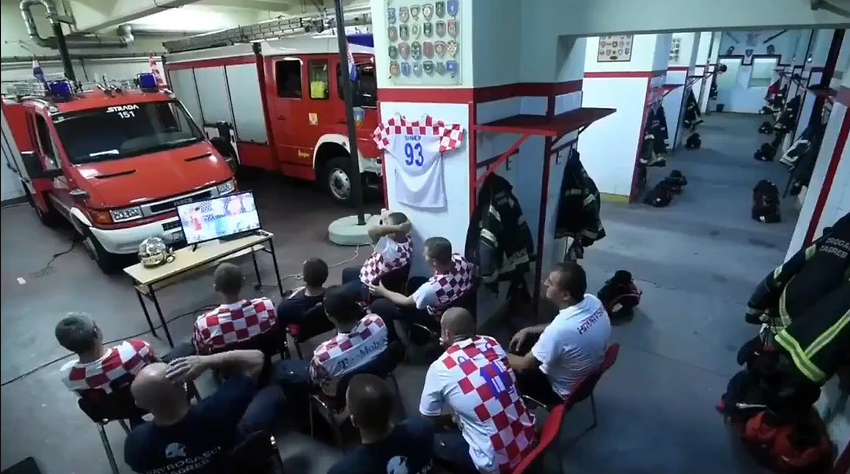 This world cup has definitely been one to remember for many sets of fans. Sure, some blokes and blokettes might rather forget a few things, but on the whole, it’s been bloody grouse. One group of fans, perhaps more than any other, has great reason to remain glued to their televisions no matter the cost. The Croatian team has made history with their run to the final and you’d think there’d be no chance of any of their fans missing even a second of the action.

With that in mind, spare a thought for the dedicated Croatian fire-fighters in this video. Filmed during their quarter-final penalty shootout with host nation, Russia, they are glued to the set. And there’s a reason for that. If you’ve ever been invested in a penalty shootout, you’ll know they are a tense and emotionally gruelling way to decide a match. 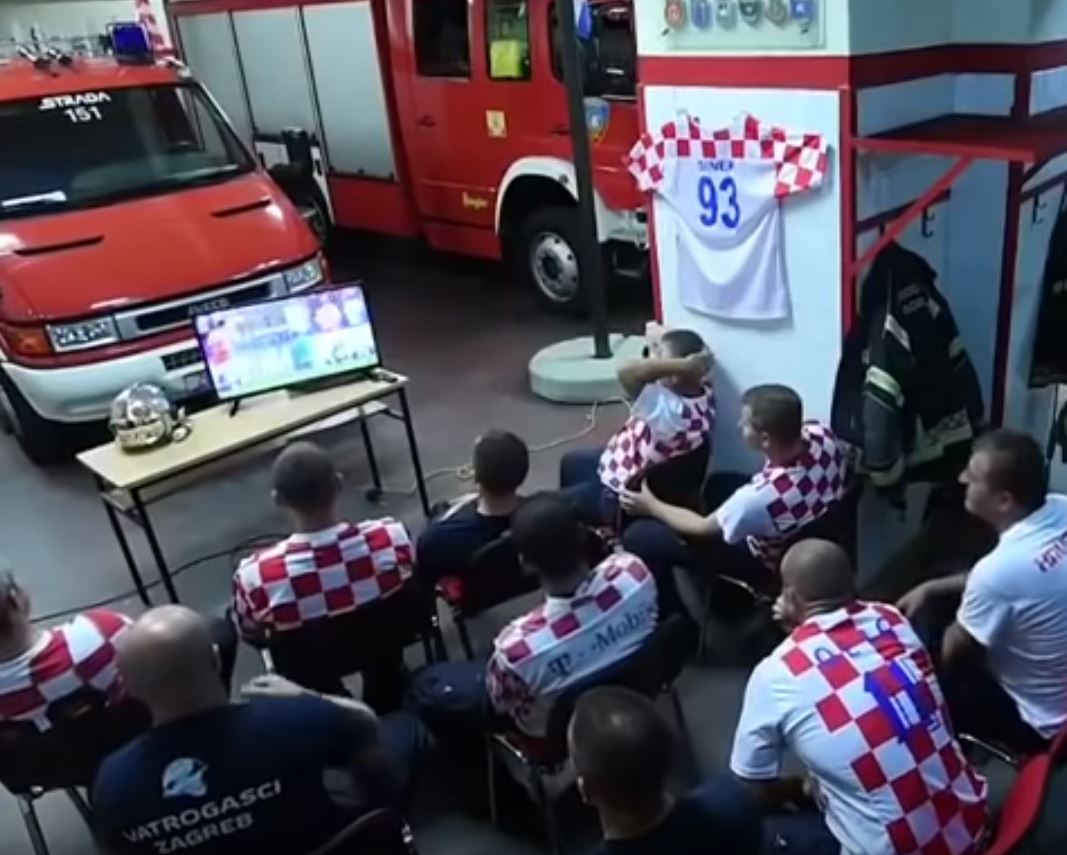 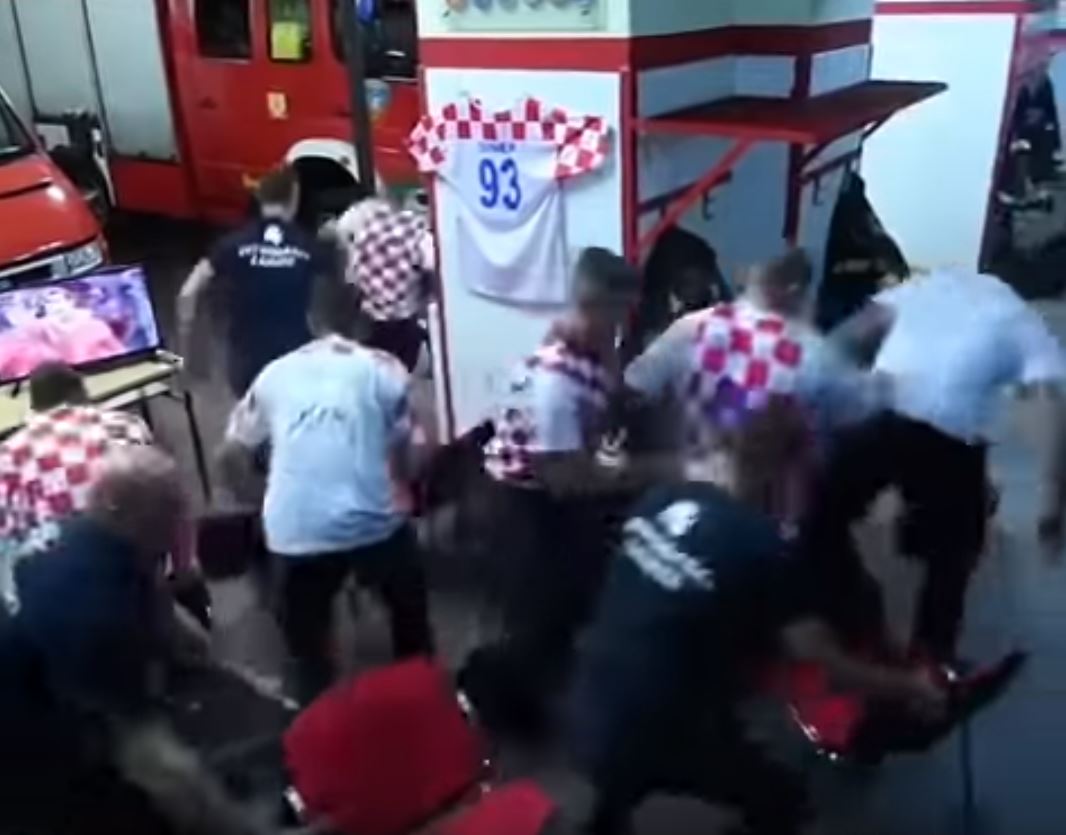 And then the alarm sounded. Credit: Zagreb Fire Department

Ask yourself, what would you do if you were them and the next man up could decide the outcome of the contest in just a matter of seconds and the bloody alarm went off? I know I’d be pretty bloody tempted to just wait for the spot kick to be taken before I threw on my kit and got in the truck, and I guess that’s why I’m not a fireman. 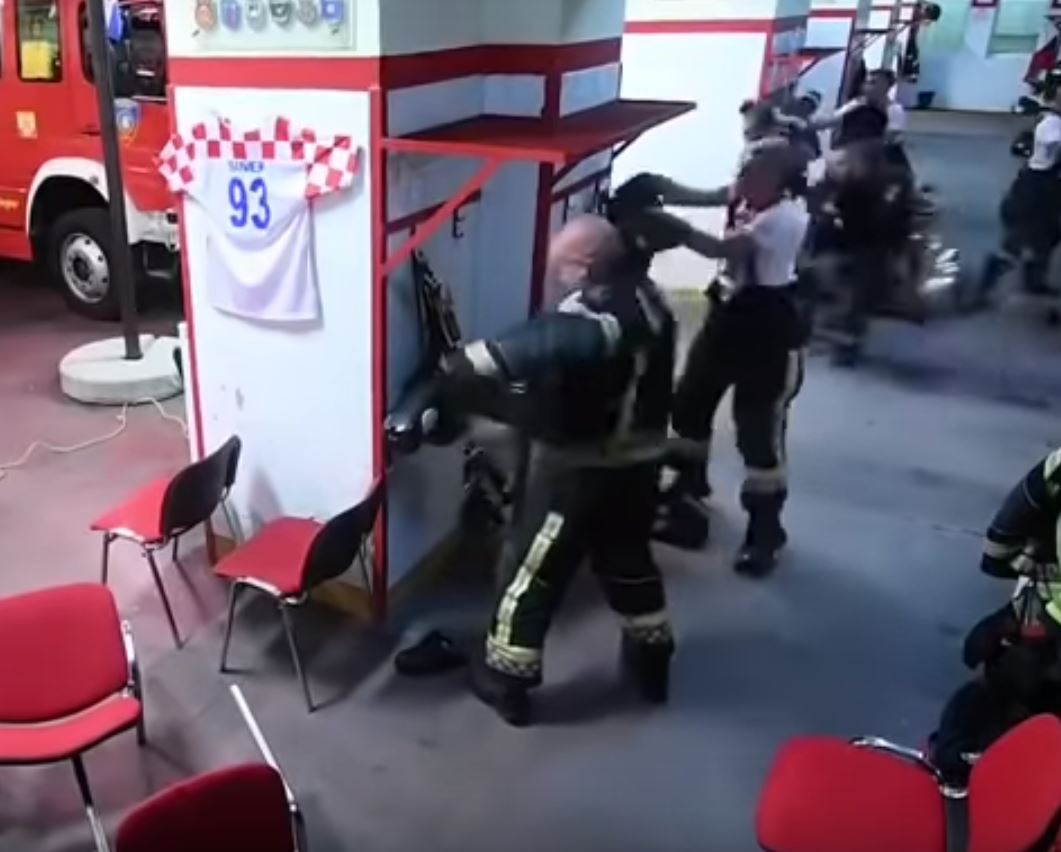 With lives potentially on the line, they ignored the historic game and got their sh*t together. Credit: Zagreb Fire Department

F**ken good work fellas. You are all top, top blokes. If I could, I’d shout you all a beer! 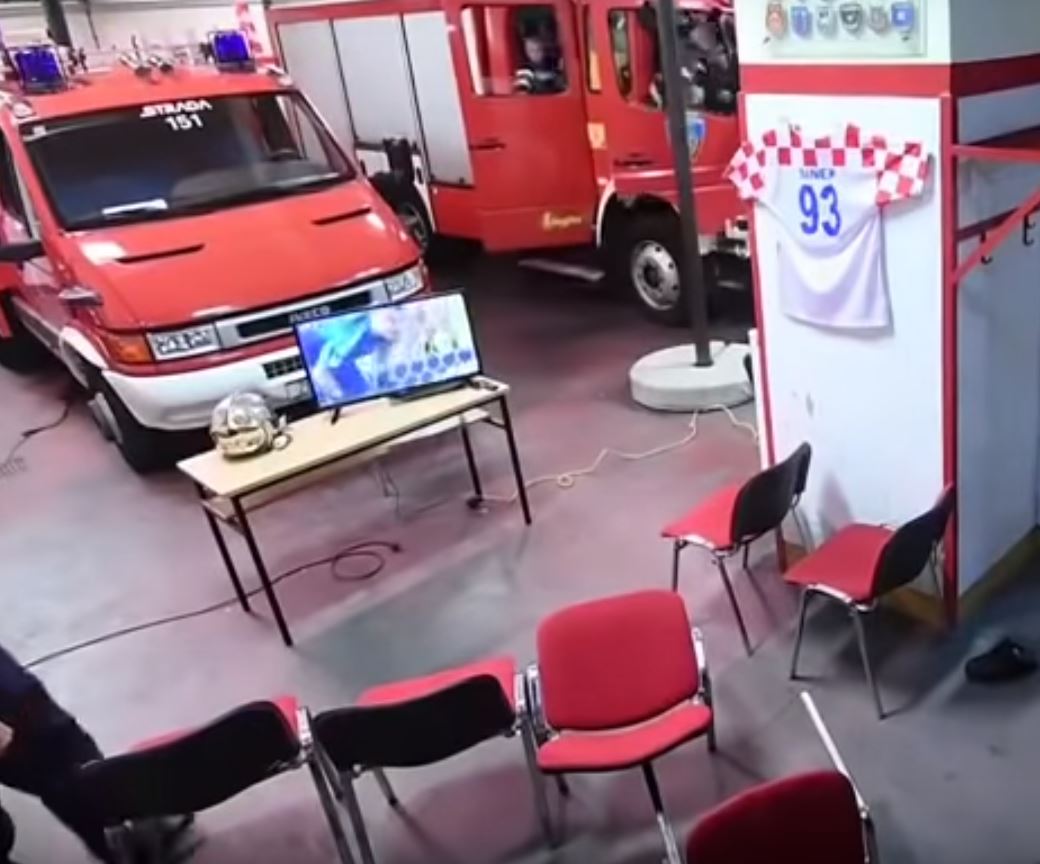 They were in the truck and on their way in under 30 seconds. Top work, boys! Credit: Zagreb Fire Department

Final thought: This is just bloody fantastic to see. For their sake, let’s hope Croatia makes them happy in the final. There’s definitely a part of me that would love for them to enjoy watching your captain, Luka Modric, lift that trophy for the first time in Croatia’s young history. Good sh*t!

Just in case you missed it, here’s one of Ozzy’s latest commentary videos…Ozzy Man Reviews: Battle of the Cup 2