We all know that bloody dolphins are pretty f**ken cool, right? And, just quietly, if you don’t get excited at the thought of seeing dolphins in the wild, you bloody should! These mintox creatures aren’t just smart, they’re genuinely awesome creatures. Not just because of the way they’ve perfectly evolved to their surroundings, but because they’ve just got great personalities. To give you an example of that, check out this story from the Texas State Aquarium.

Yeah, with no bloody humans able to come and visit the aquarium, the dolphins are getting lonely as f**k. Fair dinkum, they need some companionship and excitement if the zookeepers are going to stop them resorting to blowhole sex, so they figured it was time their dolphins, Liko and the excellently-named Schooner, met the joint’s resident sloth, Chico. 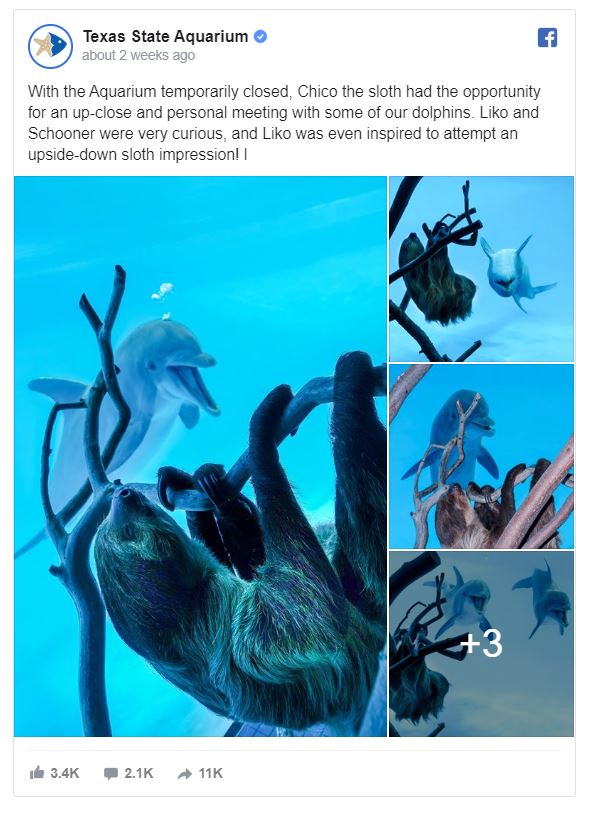 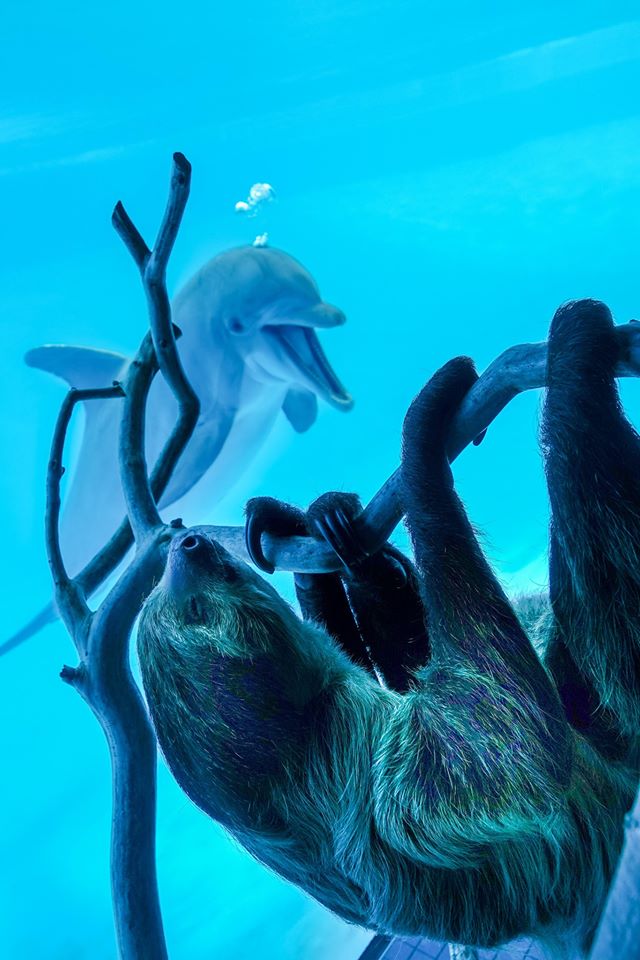 Of course, it wasn’t all about the dolphins. Yeah, nah, bloody Chico was getting the full private tour of the zoo, and you’d better believe that little b**tard was making a day of it. He spent the day getting carried around on a branch as he went around visiting the reptiles, the jellyfish, the sharks, and the dolphins. 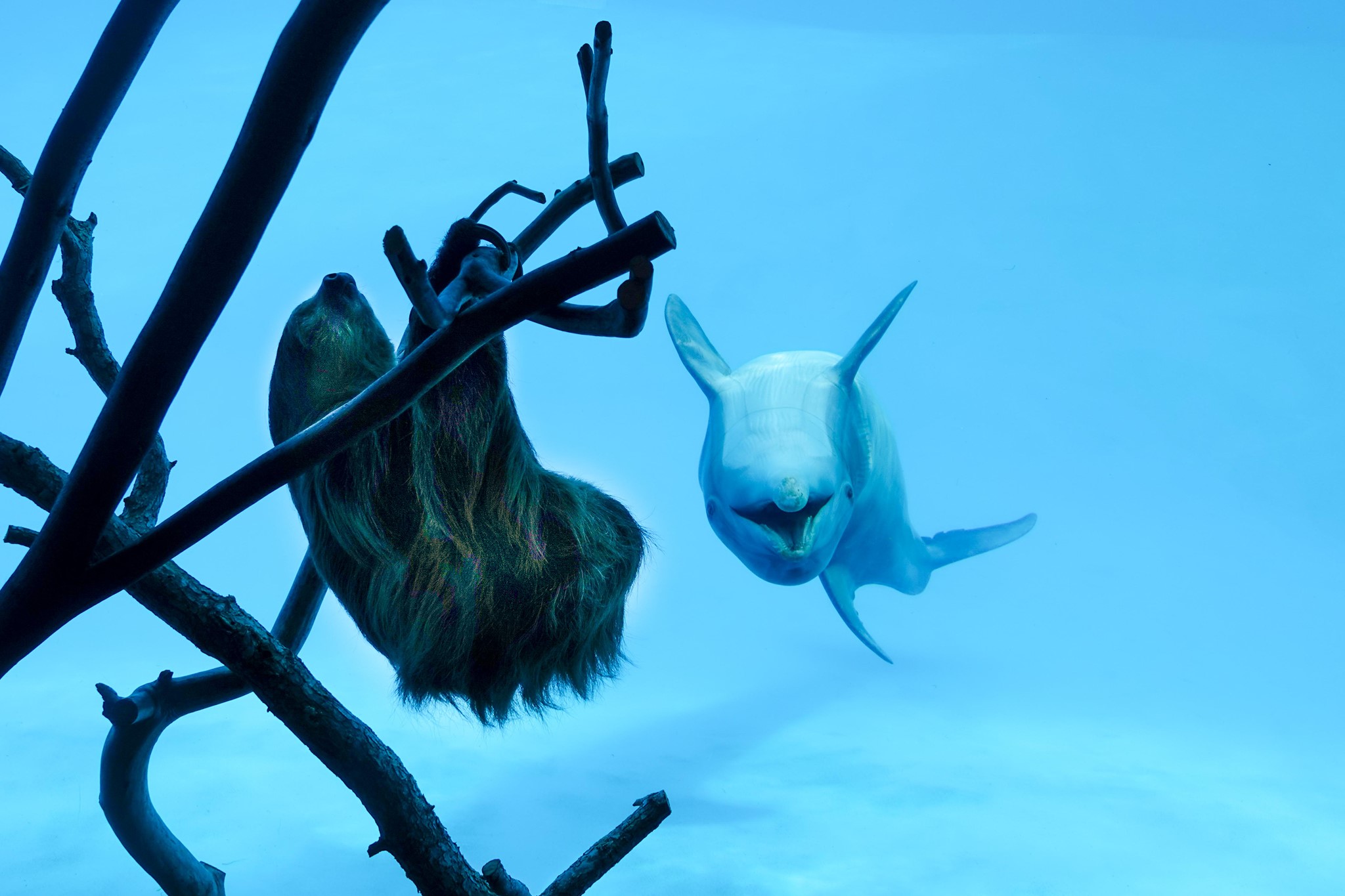 The aquarium’s been good enough to post some photos on its Facebook, and there’s a rad little video you can see below. Obviously, people around the world are pretty f**ken stoked with the content, claiming it’s exactly what the world needs right now. 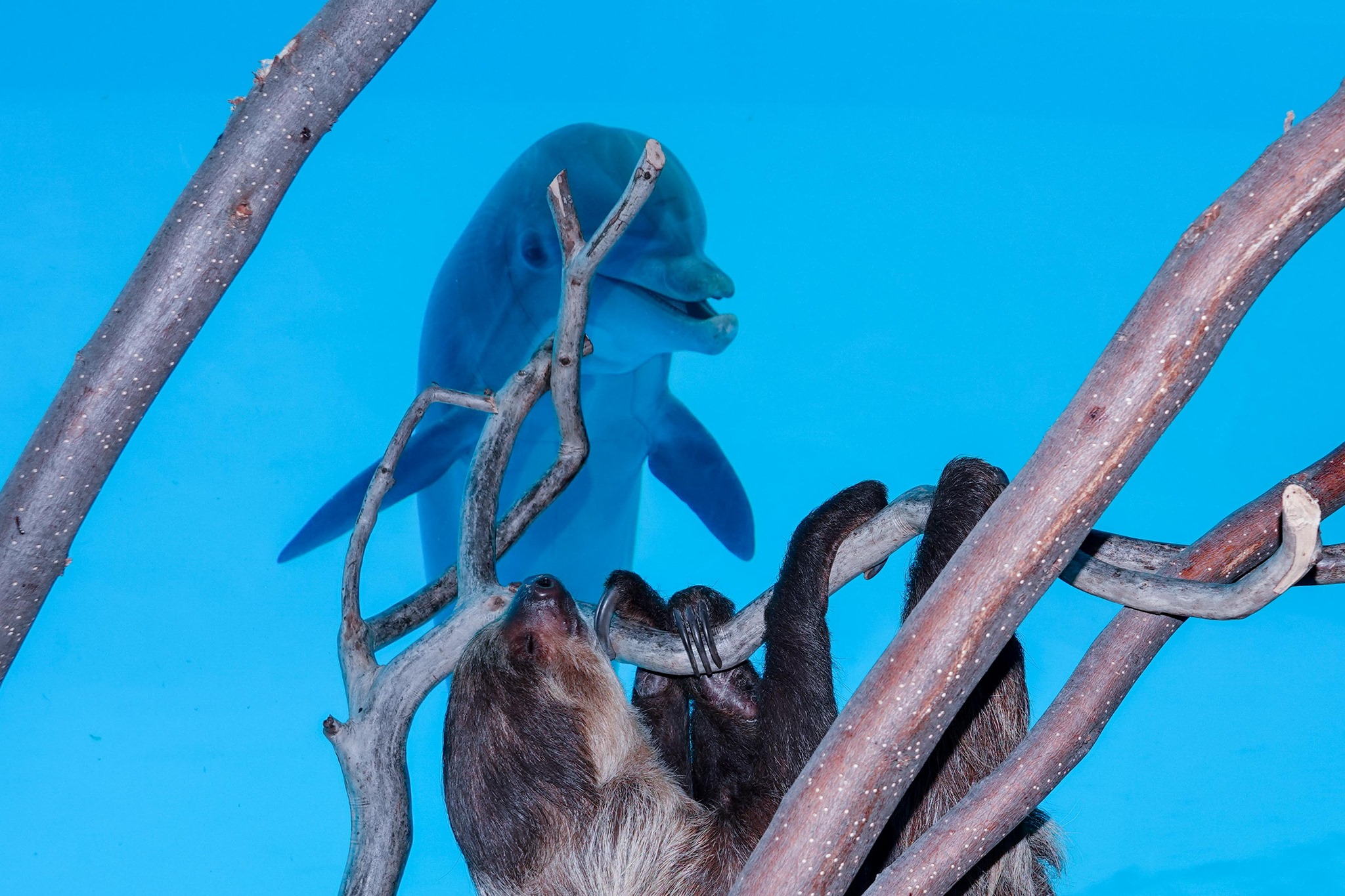 “With the Aquarium temporarily closed, Chico the sloth had the opportunity for an up-close and personal meeting with some of our dolphins,” they said in their Facebook post. “Liko and Schooner were very curious, and Liko was even inspired to attempt an upside-down sloth impression!” 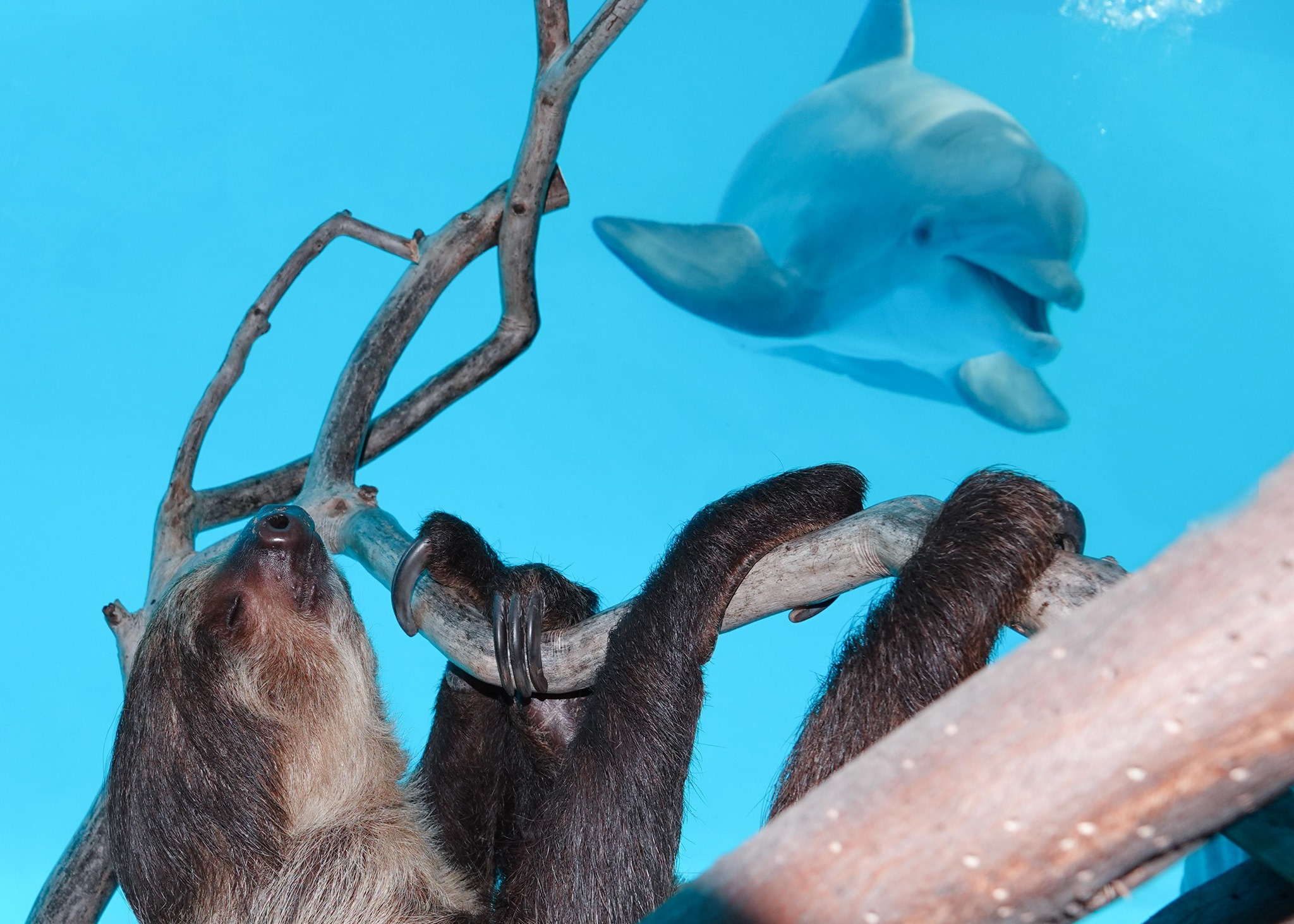 Seriously, have a bloody gander at the upside-down dolphin trying to mimic the sloth. If that’s not the wholesome s**t we’re here for, then something’s wrong with the world. 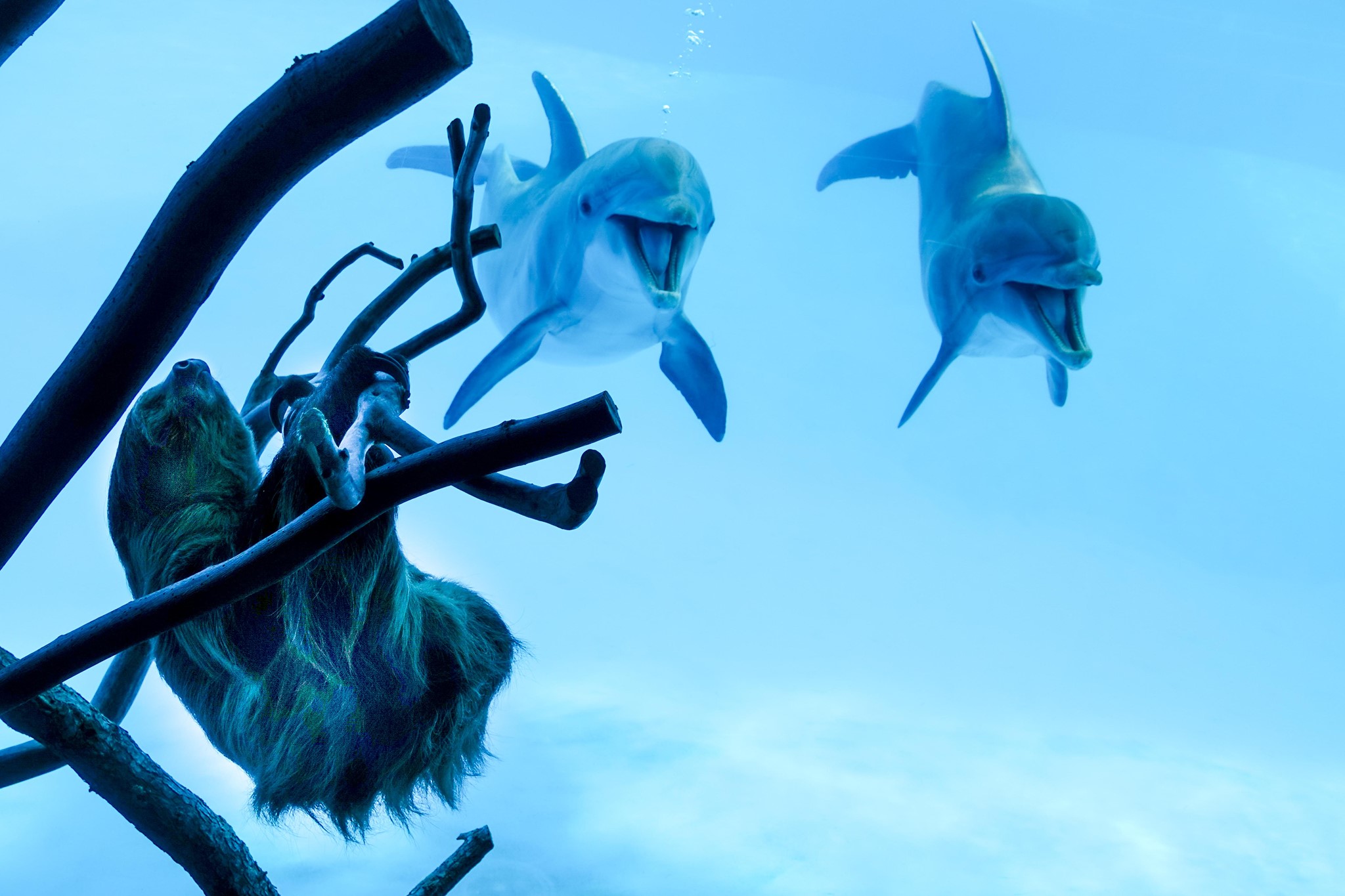 Final thought: Honestly, this is the sort of s**t we bloody love at Ozzy Man Reviews. Don’t get us wrong, we love covering all sorts of epic fails, f**k-ups and fights for you, but this is the s**t that warms our ocker hearts. F**ken more, please!