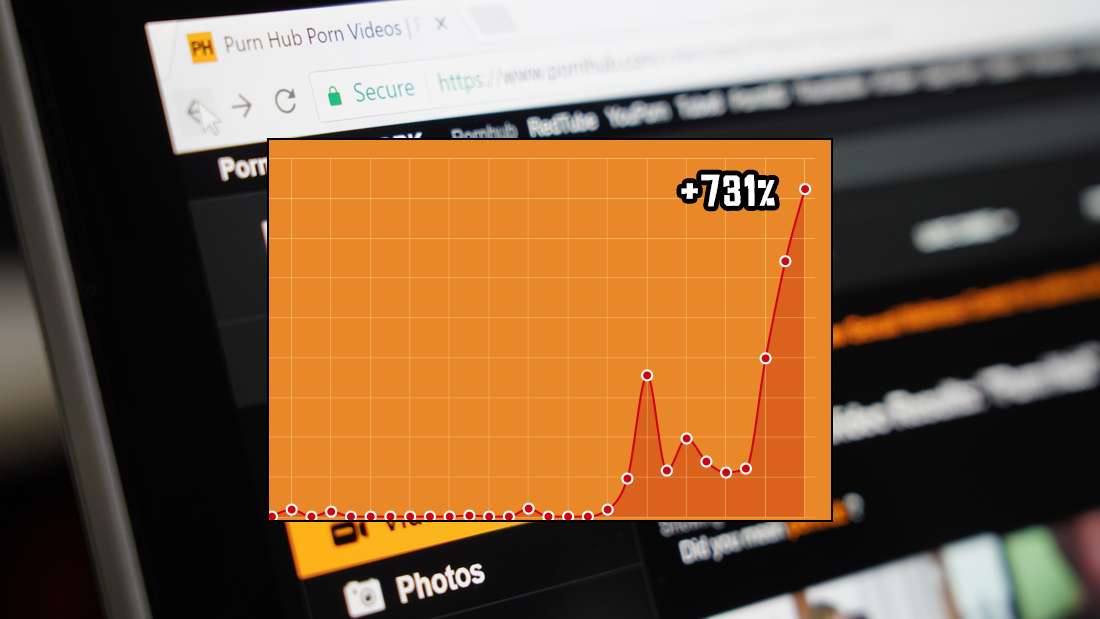 We all know that the archaeologists of the future will have to sift through s**tloads upon s**tloads of data and arbitrary information to really understand what the people of our generation are really like. Quite simple, so many organisations and companies are tracking our every move and recording the details, that the information overload is gonna be immense. For most people. The archaeologist who stumbles upon PornHub’s data is going to be onto a sociologist’s goldmine. 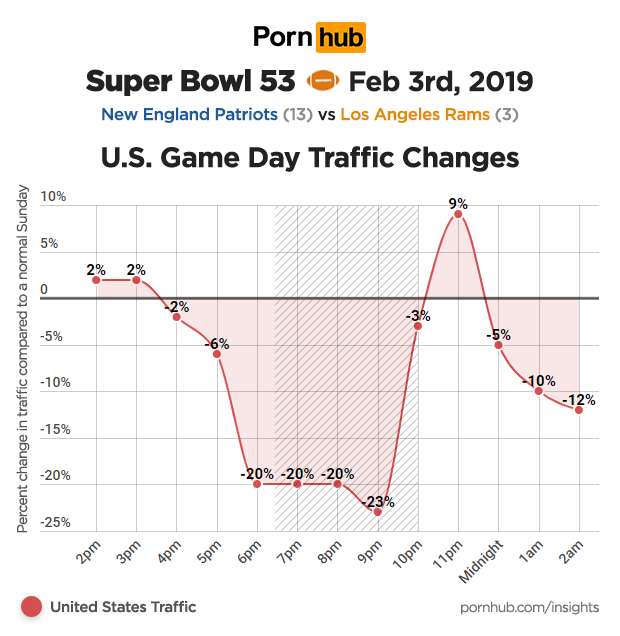 Right after the game, though? Well, it looks like some folks just couldn’t wait to get to some ball-sports of their own. The use of the site whacked up a whole nine per cent above average. 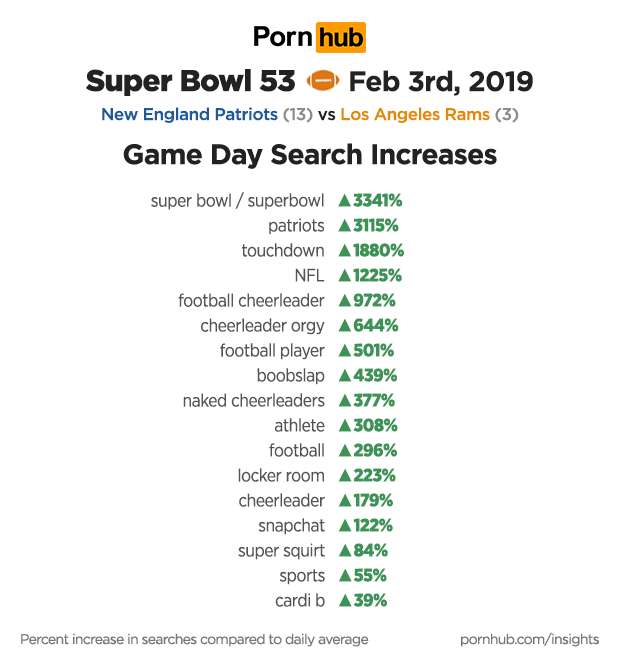 So, the next question is just what were they searching? As you might expect, most searches had more than a little bit to do with football. The biggest search increase was for Super Bowl/Superbowl, but it seems like Patriots fans were pretty keen on checking out some Patriots-related smut.

Then there were the obvious ones: football cheerleader, naked cheerleaders, locker room, athlete, and, bizarrely, boobslap. It also seems that people were really missing the fact that Cardi B chose not to perform with Maroon 5. Searches for the performer were up by 39% on the day of the Super Bowl. 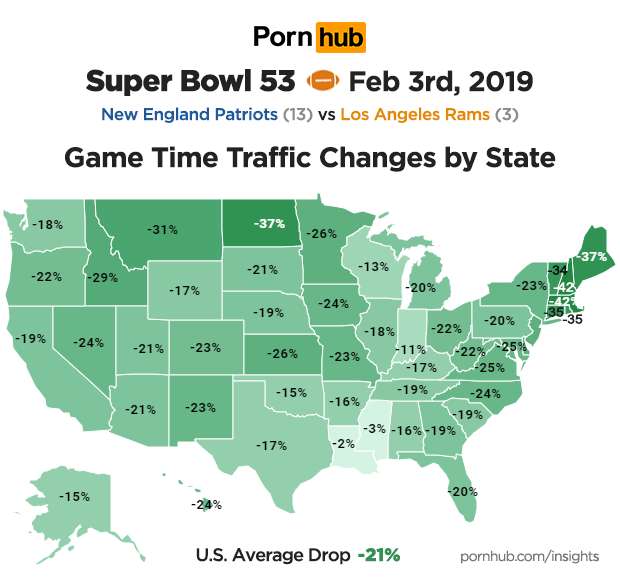 Final thought: You’ve got to bloody laugh at stats like these. They really are an insight into just what’s going on in the mind of people on any given day. When the spikes in search-terms match up so massively with what’s happening in the real world, you have to think that we do at least have an informed populace. Sometimes.