It’s no secret that we bloody well love Steve ‘Bloody Legend’ Irwin on this site. Of course, we can’t claim the copyright on that, he’s pretty much one of the most universally loved blokes ever, but there’s probably no one who could ever claim to love the bloke as much as his equally awesome fam-bam. So with her recent engagement, Bindi Irwin’s taken to Instagram to pen a bit of a message to her late father to let him know that everything’s all right and he’d be pretty proud of everything they have planned.

As you’re no doubt aware, the love of animals ran right down to Steve’s DNA, and his progeny, Bindi and Robert, are both following in his footsteps by fighting for conservation and researching big bloody crocodiliacs whenever they get the chance. And, let’s be honest, you’ve only gotta look at the pair of them to know that Steve’s still living on in these two. 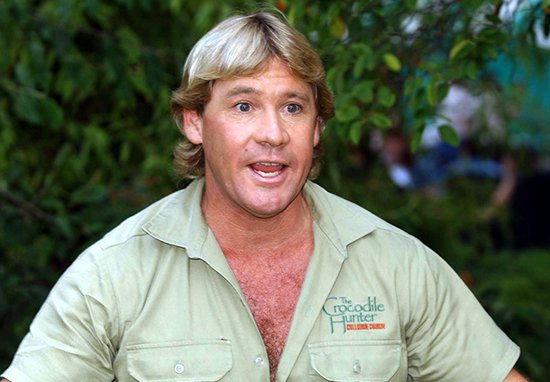 With a wedding to plan for, it’s no surprise that Dad’s playing heavily on Bindi’s mind. Typically, the Ozzy legend would be the man to walk her down the aisle. For obvious reasons, that’s not gonna happen. Instead, though, Bindi’s planned the next best thing. Bloody Robbo’s gonna do it. F**K YES, MATE! 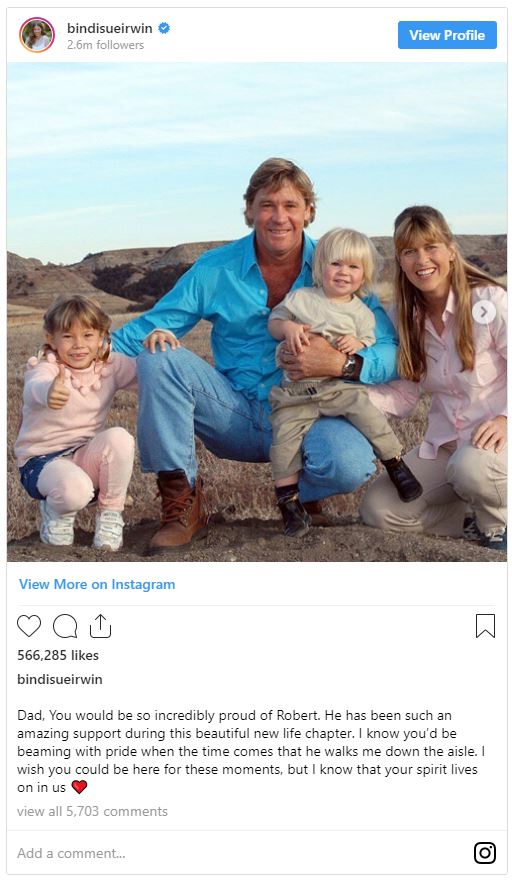 Bindi’s hinted at this before, but yesterday she confirmed it in a heartfelt message to Stevo. She posted a bonza little picture of her whole family and captioned it with the message.

“Dad, you would be so incredibly proud of Robert. He has been such an amazing support during this beautiful new life chapter. I know you’d be beaming with pride when the time comes that he walks me down the aisle. I wish you could be here for these moments, but I know that your spirit lives on in us.”

We reckon Bindi’d be stoked to know that we couldn’t have planned it better ourselves. 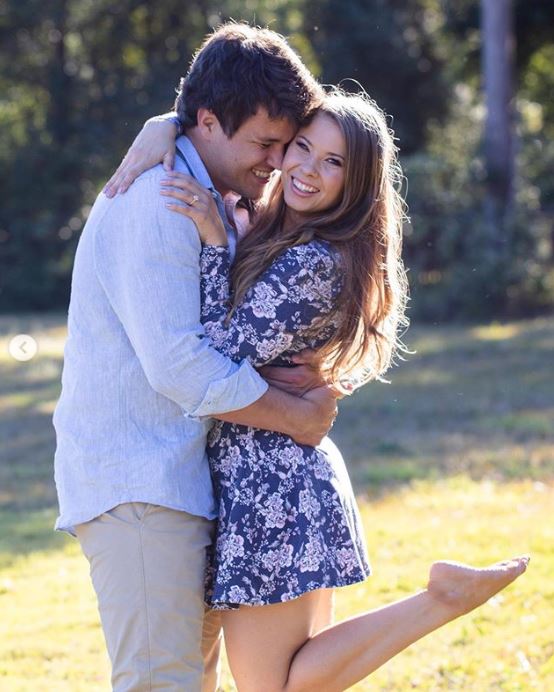 Final thought: Back when news filtered out about Steve’s untimely death, it’s fair to say that pretty much all of Ozzyland was a bit bloody worried about the kids and what the future held for them. Bearing that in mind, we reckon it’s fully bloody grouse that they’ve grown to honour him all the way. What a pair of legends. And on that note, bloody good s**t, Terri. You’ve done him proud yourself. Top work, ya legend. Top work.