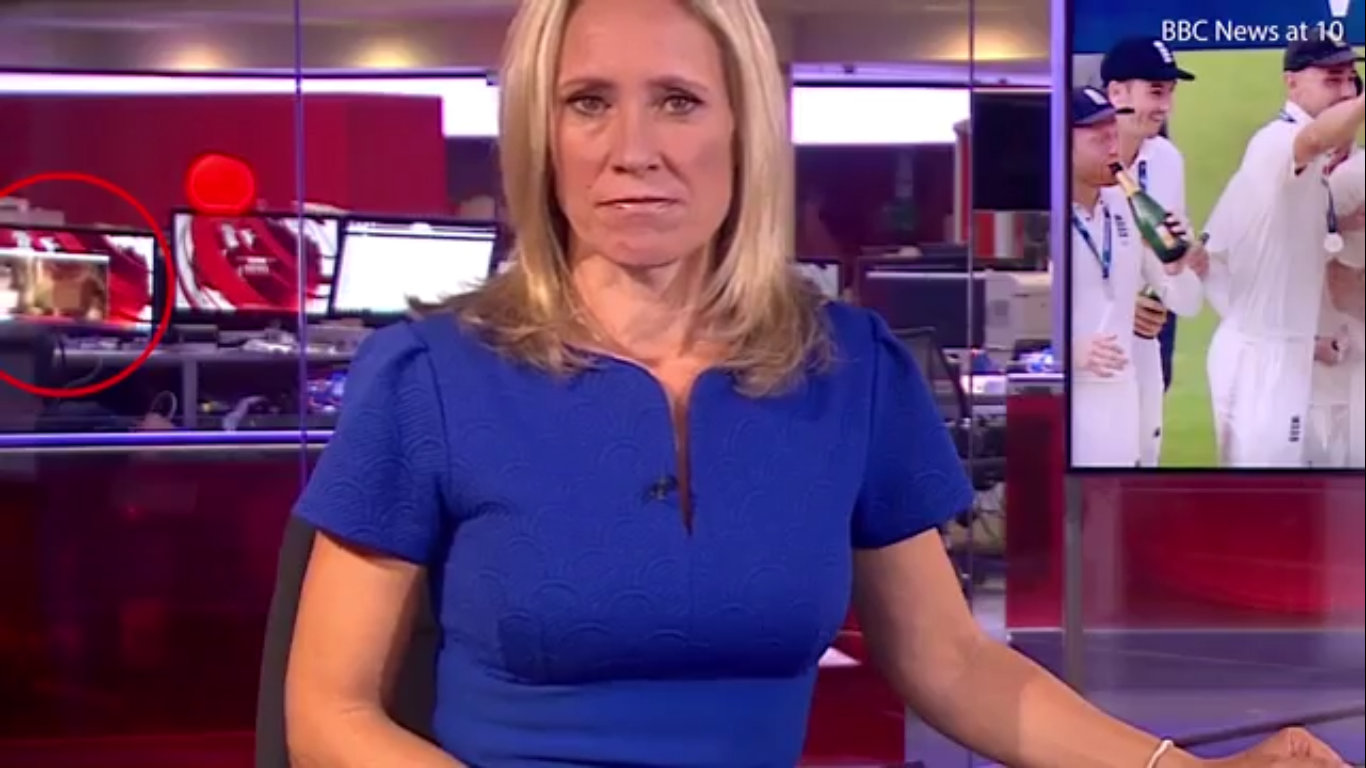 BBC News is a well-respected global giant of the news media. There’s no way they’d let some boob ruin their nightly newscast, right?

Check this out. Some absolute tit has only gone and watched something a little risqué – while his computer screen is facing the newsroom.

Best of all, the video, which some are saying was an action movie – went out live across Ol Blighty.

Imagine all those poms relaxing on the couch after a nice day of tea, crocquet and cucumber sandwiches, thinking their going to catch up on some important world news when BAM. Titties! On the BBC!

Grandpa would be spitting his falsies into his cuppa, Nan would be absolutely flabbergasted in only the way a lady with big jowels can, and you’d be grabbing the cushions to cover up your lap.

Thanks a lot, BBC. Now I have to explain to Grandma how I know what boobs are!

Viewers took to Twitter to find out what was going on.

Experts are predicting the filthy bugger who couldn’t even wait until he got home for his daily fix of boobs, of norks, of chesticles is going to be in hot water with the boss!

He was watching the video right when Sophie Raworth was announcing a victory in the cricket.

People weren’t paying attention to her though. Nope, over her shoulder, the BBC’s resident deviant was getting hot under the collar as he enjoyed a spell of public pornography.

The best part: he even had his headphones on!

Some say the unidentified wanker didn’t want to get caught – or else why would he be wearing headphones.

If that’s the case, mission accomplished, dude. Pack your bags and take your predilection for titillation with you.

We’re British. We won’t be having that! And by the way, what would your mother think?

What’s your critical analysis of the situation folks?