Angry Biker Headbutts Driver Who Tried To Cut Off His Mate

Mate! With the world cup upon us, it seems like dudes from Turkey to the US are just aching to practice their heading skills – and there doesn’t have to be a ball in sight! Fresh from a killer headbutt on the streets of Turkey, the digital data deities of the internet have bestowed upon us another pearler of a noggin knocker!

This time, we’re travelling all the way to somewhere in the US. It’s not clear exactly where, but those are some swampy, swampy accents. Anyway, as you’re probably aware, they drive on the wrong side of the road over there in the good old U.S of A.

Fortunately, the driver of the ute that’s seen steaming towards the biker – who’s captured it all film via headcam – is trying to bring a bit of culture to the place, and doing their level best to drive on the side of the road that most yanks consider wrong.

The biker, he’s driving on the side that most yanks consider right. It’s like one of those stupid f**ken maths problems you used to get in high school: if there’s a ute travelling at 80kmph in an easterly direction and a motorcyclist travelling at 120kmph in the opposite direction, how long will the blood smear be? 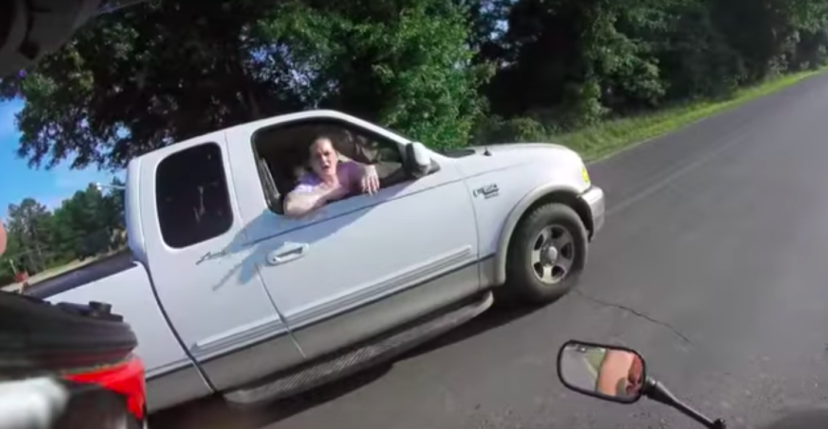 “Do you have directions?” Credit: Jakester142/YouTube

OK, so the car narrowly misses the biker. Instead of continuing their trajectories into opposite directions, these guys decide they should have a chat about it. The father of the oh so cultured family in the ute hops out to deliver some erudite slabs of vocabulary.

You know how it goes by now, surely. He says, “F**k you,” and the motorcyclist articulates a response. “Yeah-nah, f**k you,” he says.

You get the gist of it. 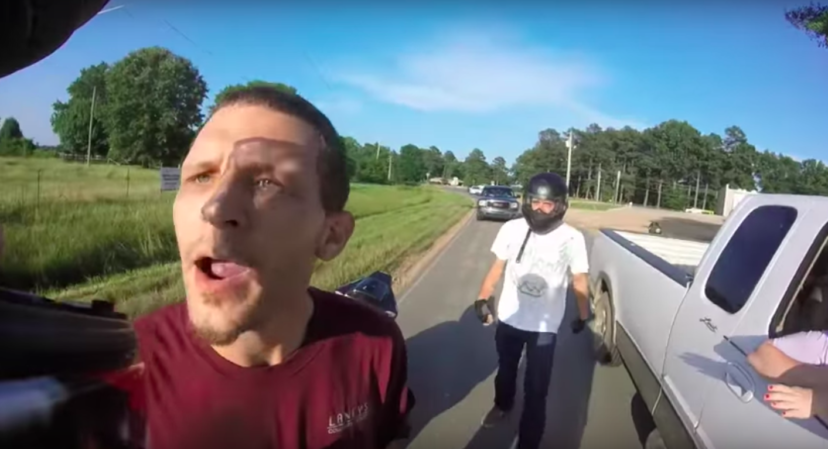 It’s like a scene from a horror movie. Credit: Jakester142/YouTube

Of course, things are only getting started. In fact, you could say, they’re really about to reach a head. The motorcyclist’s mate rocks up and he’s making like The Rhino from Spider-Man. He’s fixing like an angry goat. He’s itching like a bloody battering him.

F**KEN BANG. He just drives his helmet into old mate’s face. You’ll have to watch the vid to see what happens next, but bloody hell.

Final thought: This really does show why road rage is a bad idea. I’ve no idea what the driver was trying to prove by driving on the wrong side of the road. I guess the lesson here is don’t argue with bikers. Their friends wear big f**k-off helmets and they’re not afraid to use ‘em.

Just in case you missed it, here’s one of Ozzy’s latest commentary videos…Ozzy Man Reviews: Remote Control Car Racing Championship. Check it out.