You’ve probably heard a million old farts talking about the bloody kids these days. “They’re outta control,” they’ll say. “They just need a good kick in the arse,” they reckon. “They’ve got no respect,” they whinge. When you consider they’re pretty much complaining only about the little s**ts wearing Mother caps and riding skaties, they’re probably gonna s**t broken glass when they discover that this little nine-year-old brat in Argentina tried to rob a bloody jewellery store. Luckily, he only had a toy gun and no one got hurt, but f**k me…

Have a squiz at the footage below and you’ll see the brazen little dropkick make his way into the store with a genuine air of confidence.

We dunno about you blokes, but when we were nine we were reading bloody comic books and picking our noses.

This pipsqueak, though, he owns this gangster thing. At least until he pulls out his gun. 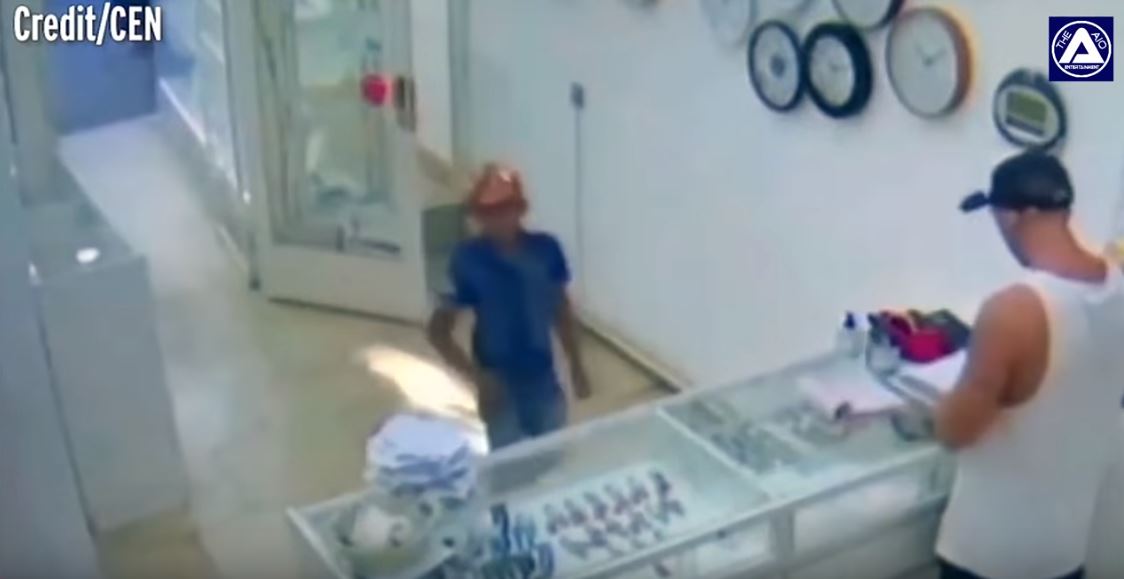 And this is where we give credit to the shopkeeper Nicolás García. He just shrugs it off, walks around the counter and is like, “Get the f**k outta here, you little s**t.” He told La Nacion:

When he came into the store I thought he was going to ask for money to eat, but he started to ask me if he had gold and silver, until he got a gun, I do not know if it was real or toy, and he told me to give it everything. 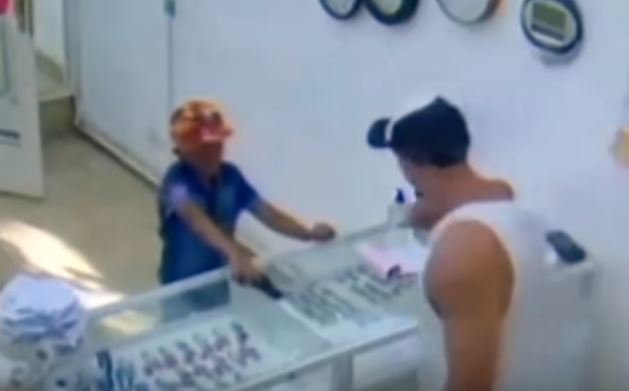 Outside, the kid joined up forces with a bigger dude who later returned to taunt García with a whole group of dudes.

Despite that, the cool as hell García wasn’t bothered.

I was not afraid because I saw the boy’s face and it was almost like a game to him.

First, when I got angry, he smiled in fear, but then he started to cry. It got bad.

After I took him out of the room, the boy walked a few meters and a bigger guy put him by [sic] and they started talking, but there I did not want to know anything more about the situation. I closed the gate and went inside because the bad moment had already passed. 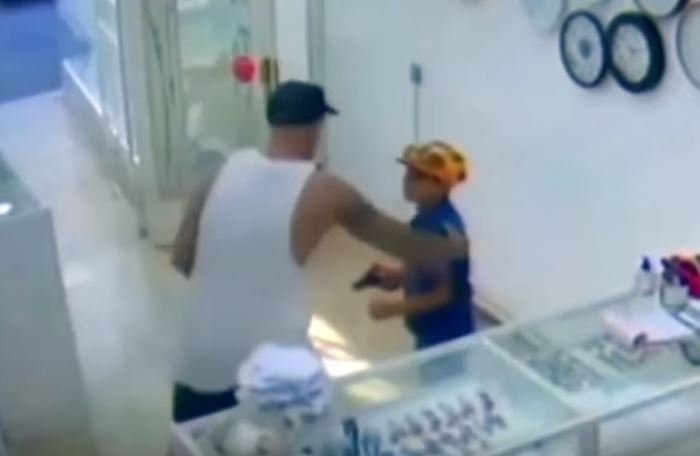 The kid’s mum, Daniela, is bloody distraught. The little hoodlum has been driving her bonkers – and lacks a father figure to set him straight. She said this is his second police offence.

Final thought: You know, we make jokes about the old fuddy duddies not liking this, but really, why would they. This kid does need a solid grounding of at least two weeks.