Sometimes work can be a real pain in the ass. We all know this. But, sometimes you get to look at other people’s jobs and reconsider how bad yours actually is. Take being a Thai policeman for example. Two Thai cops who were tasked with re-enacting a couple’s exhibitionist fantasies as part of a root-ine investigation. Yeah, nah, a job like that can get f**ked. And as for the cops involved, you have to say they’ve been shafted.

Obviously, we’re heading to Thailand for this one.

After all, it’d be a bit weird if Thai police were doing this somewhere else. Anyway, it turns out that Thailand actually has an obscenity law.

The couple who filmed themselves getting it on in public then uploaded the video to the internet broke that law.

Clearly, there’s an elephant in the room here. We don’t need to comment on it. Let’s just acknowledge it, and move on. Thailand has an obscenity law, and these guys broke it, meaning that the cops have to investigate.

Apparently, the way they do that is by re-enacting it and asking people to come forward if they know anything about the alleged crime. Police Lieutenant Colonel Sarawut Butrdee said: 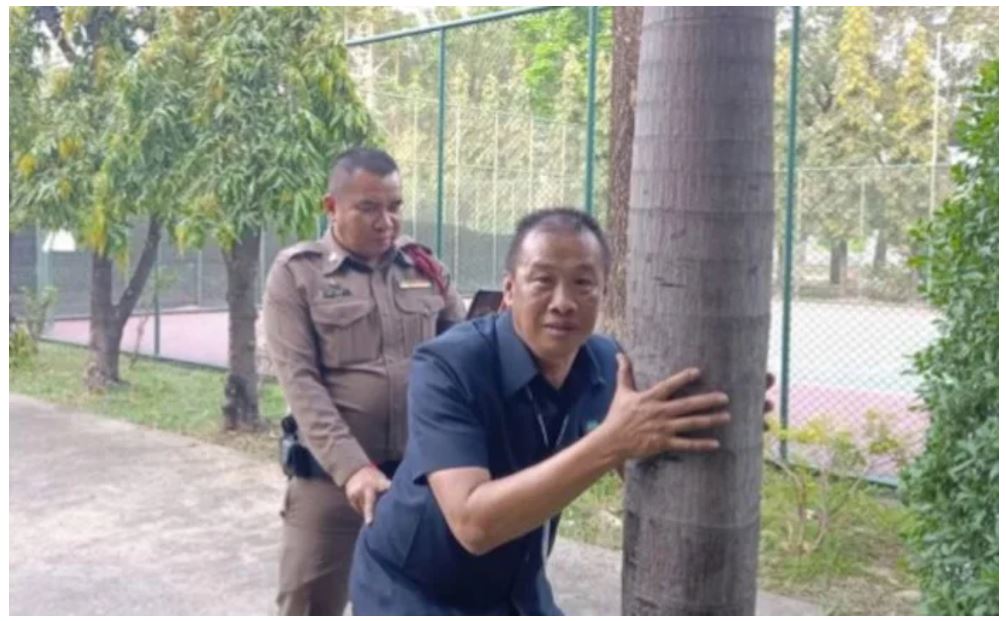 “The video that has been spreading on the internet shows the couple’s bodies, which makes it easier for us to find them. Our investigation found that they had been filming several scenes of outdoor sex and posting them on an adult video website for money between 151.78THB ($5) to 455.36THB ($15)

This behaviour is illegal and immoral. Publishing it breaks the Computer Crime Act against publishing obscenity into the public domain.” 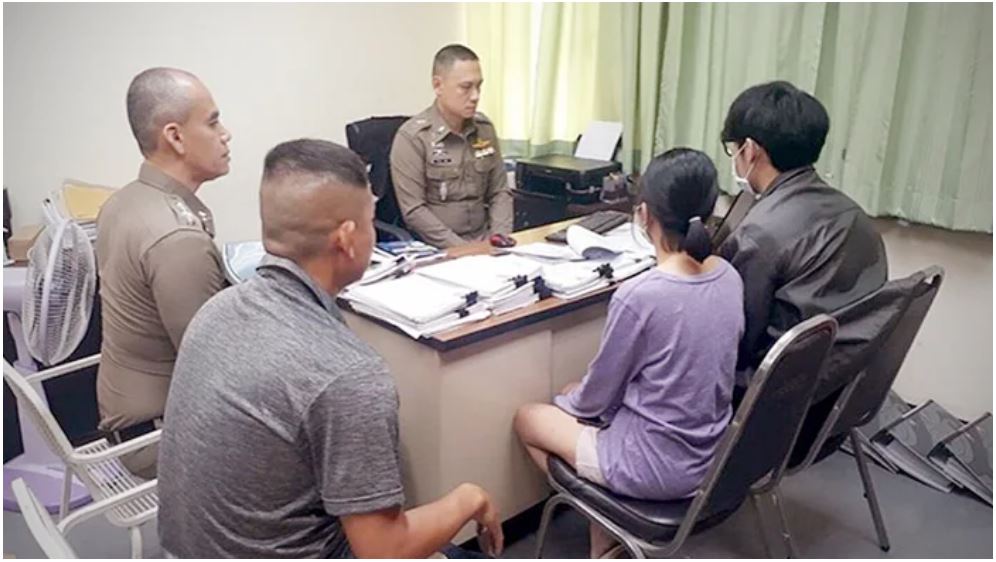 “We could never escape such thorough policing. We had to hand ourselves in!” Credit: Bangkok Police/Viral Press

But, while we laugh at the two cops who enthusiastically recreated the offensive act, you can’t argue with results. The two culprits have turned themselves in to the police. They’ll most likely be fined $157 dollarydoos and told to keep it in their pants in future.

Final thought: Work’s a funny place. Sometimes you have to do things you don’t like. You know, make a coffee for the boss, file a report, or pretend to slip another employee the salami in an attempt to solve an obscene crime. Still, it’s all swings and roundabouts, especially when that work is effective and successful. Good s**t, Thailand. Good s**t.