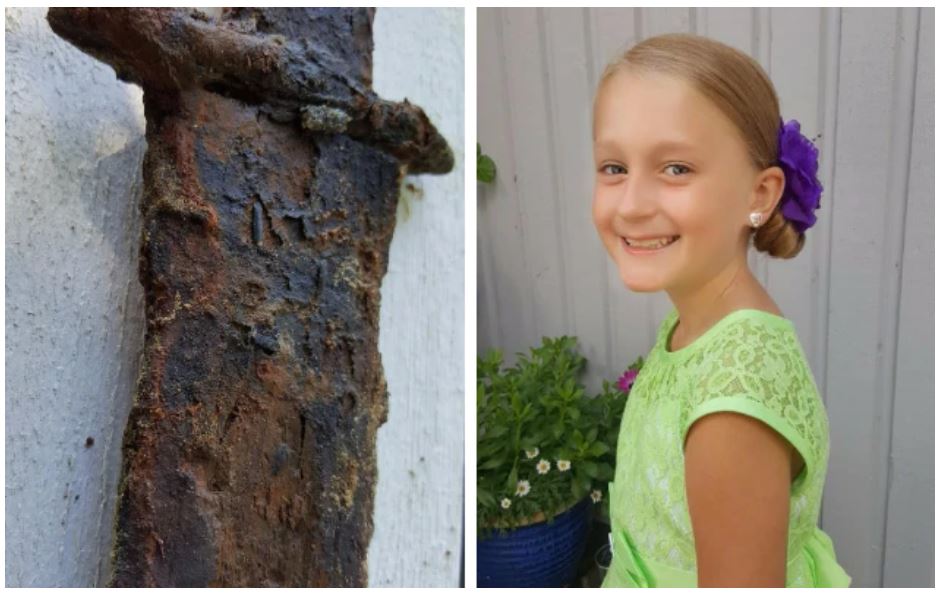 F**K YES!!! Now we’re talking. Like all good blokes who sometimes let a good yarn slightly hyperbolise the truth, we’ve been known to talk some sh*t here at Ozzy Man Reviews. That’s all right though, we know you wouldn’t have it any other way, and we know you expect more of the same when we talk about the little chick who was chosen by the fates to rediscover a long-forgotten sword in a Swedish Lake.

Let’s start with the bleeding obvious: the Lady of the Lake got it all wrong. It wasn’t a bloke named Arthur who would find the sword and he wouldn’t find it in a pond in Pommy Land. Sh*t, the sword’s probably not even called Excalibur. 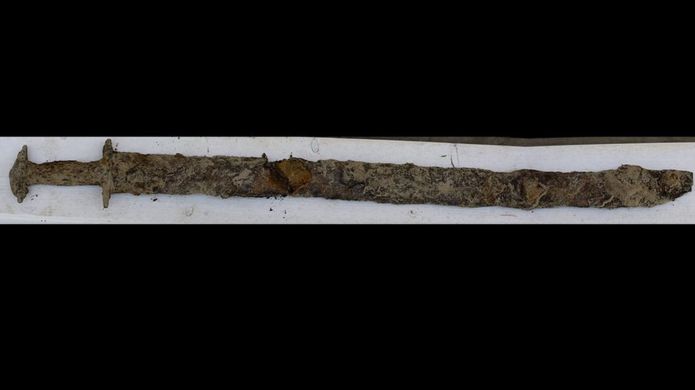 Still, how bloody stoked would Swedish lass, Saga Vanecek, have been when she found the sword in Vidostern Lake? “I felt something in the water and lifted it up,” she told Sveriges Television. “Then there was a handle and I went to tell my dad that it looked like a sword!” 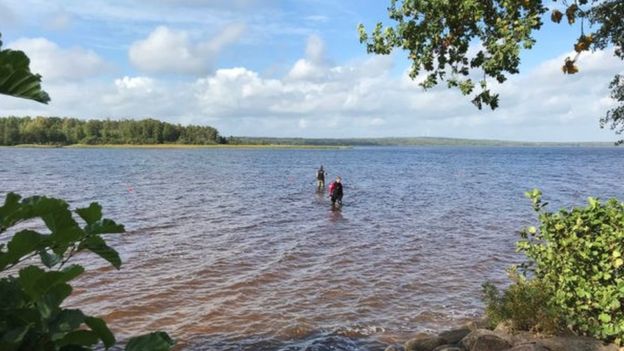 Now, this sh*t is not to be sniffed at. We’re gonna take a wild swing in the depths of history and just guess that it’s a Viking sword – and er, yeah, nah, even if the historical dates aren’t totally accurate, who gives a sh*t? (For what it’s worth, the sword’s somewhere between 1000 and 1500 years old and the first recorded Viking raids were in the 790s so it’s there or thereabouts.)

Anyway, we’re guessing this sh*t makes the f**ken awesomely-named Saga the modern queen of the Vikings now. Someone get her a hat, someone get her a shield, and someone crank some f**ken Amon Amarth, because this little chick will unite the armies of Scandinavia, crack some skulls and bust out some blood eagles. 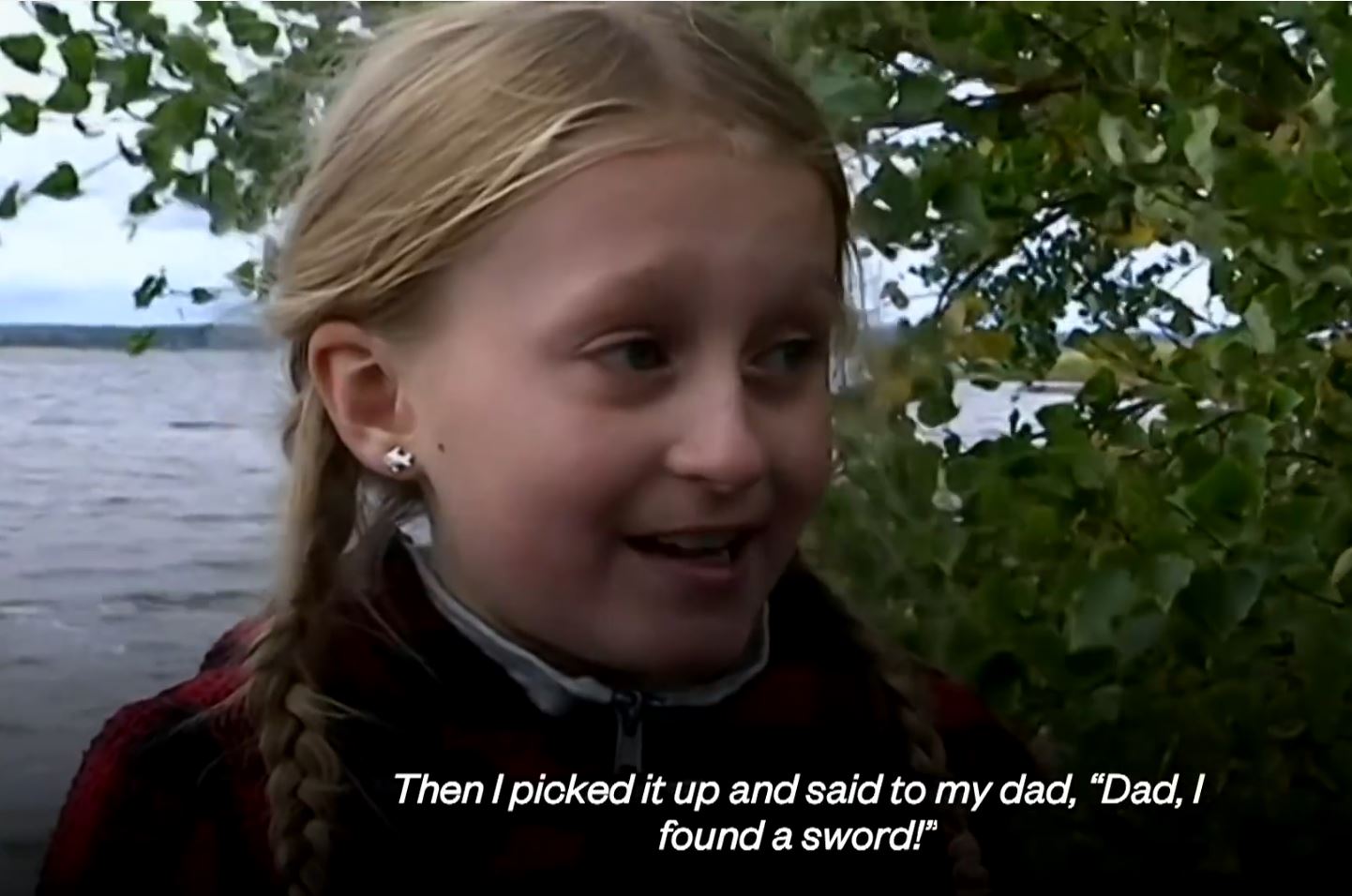 Final thought: What a great little story. The sword’s now on display in a museum, but the little lass should be able to go and check that thing out whenever she wants. They should even name it after her. We reckon the Saga Sword has a nice ring to it!