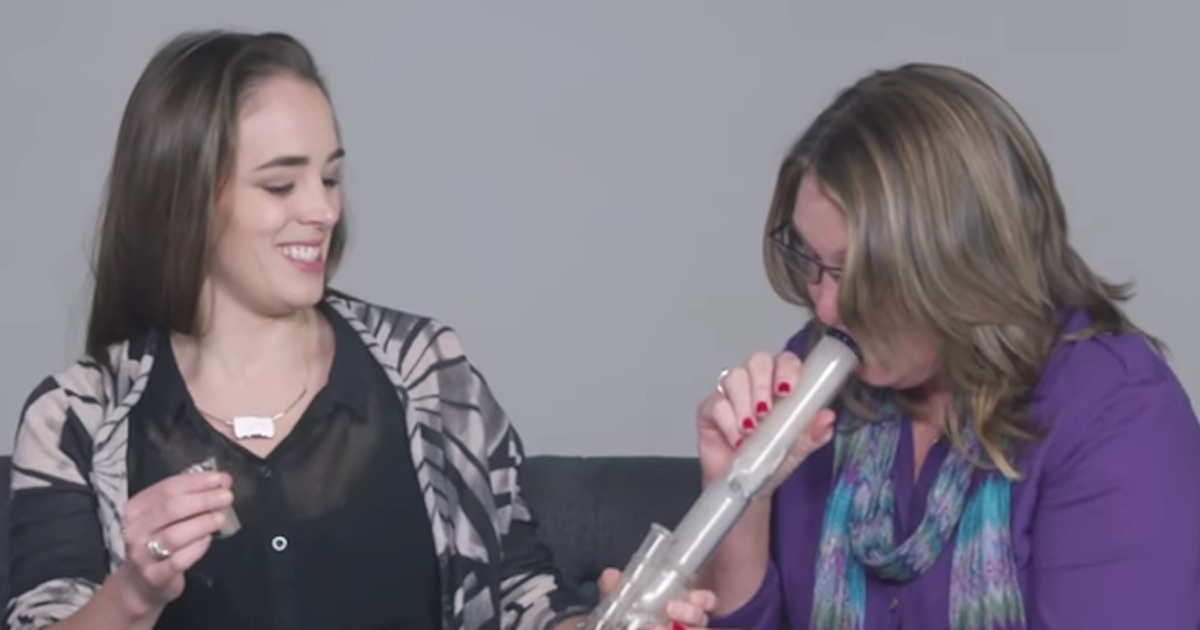 Parents Smoke Weed With Their Kids For The First Time Ever

The fellas at Cut Video are back at it again; this time they’ve put together a clip of parents and their offspring smoking weed together for the first time. If the thought of getting stoned with your folks fills you with dread, why not just revel in other people’s awkwardness as they take part in this experiment?

In the video, three parents and their children get together for a good ole toke. All three parents haven’t smoked weed since high school and all three of their kids are regular smokers.

They are given the option of smoking a joint or hitting a bong. The two dads take the safer route and opt for the joint to kick things off but the mum goes straight for the bong like a bloody champ.

It doesn’t take long for sweet Mary Jane to do her thing and soon everybody’s stoned. The dad who seemed to think that weed was just a semi-step down from crack is surprised by how mellow the smoke is, everybody’s giggling and having a good time, then the video veers into destination awksville. One by one, they find a list of questions that they have to ask each other. The first question, “Do you think weed should be legal?” is a softball, designed to lure them in and lower their guards but then they are hit with “Have you ever made a sex tape?” and “Have you ever got drunk and woke up naked?” Can you imagine answering these questions in front of your parents while high? It doesn’t bare thinking about.

As you can expect, there’s a lot of laughing, loving, and uncomfortable moments throughout the clip but the highlight (or lowlight, depending on how you look at it) has to be when one of the dads throws a whitey and power chucks into a bucket. It’s fucking gross and hilarious at the same time.

This video is awesome from start to finish; you should have a gander. It might even change your mind about getting high with ya ma and pa. Probably not, though.

CHECK OUT THE VIDEO ON THE PLAYER BELOW