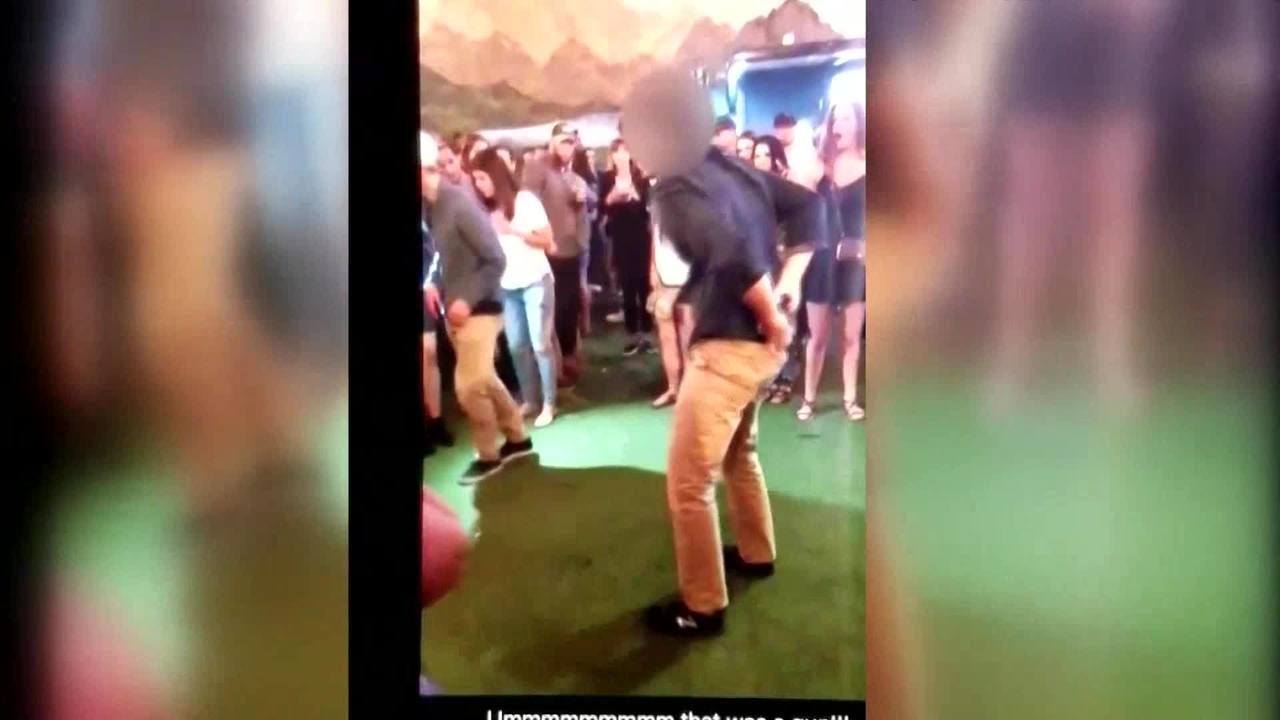 Off-Duty FBI bloke rocks a backflip and accidentally shoots someone

Fark. Like, holy farkin’ fark. That’s pretty much all that can be said about this at first glance. We’ve all had shockers when we’re out on the piss, but I doubt many of you have cocked up quite as badly as the FBI agent whose dancing moves were practically lethal! Chuck’s got the story…

You know, the first thing I’m going to say is this happened in the States. I’ve seen loads of pissed up bogans do dumb shit here in Ozzyland, but I’ve never seen someone chuck a f**ken backflip, have their gun go flying out of its holster as they complete the deadly manoeuvre, and then accidentally shoot an innocent bystander in the leg when they pick it up. I’m not sure if that’s because we don’t carry frigging guns, but you can make your own judgements… 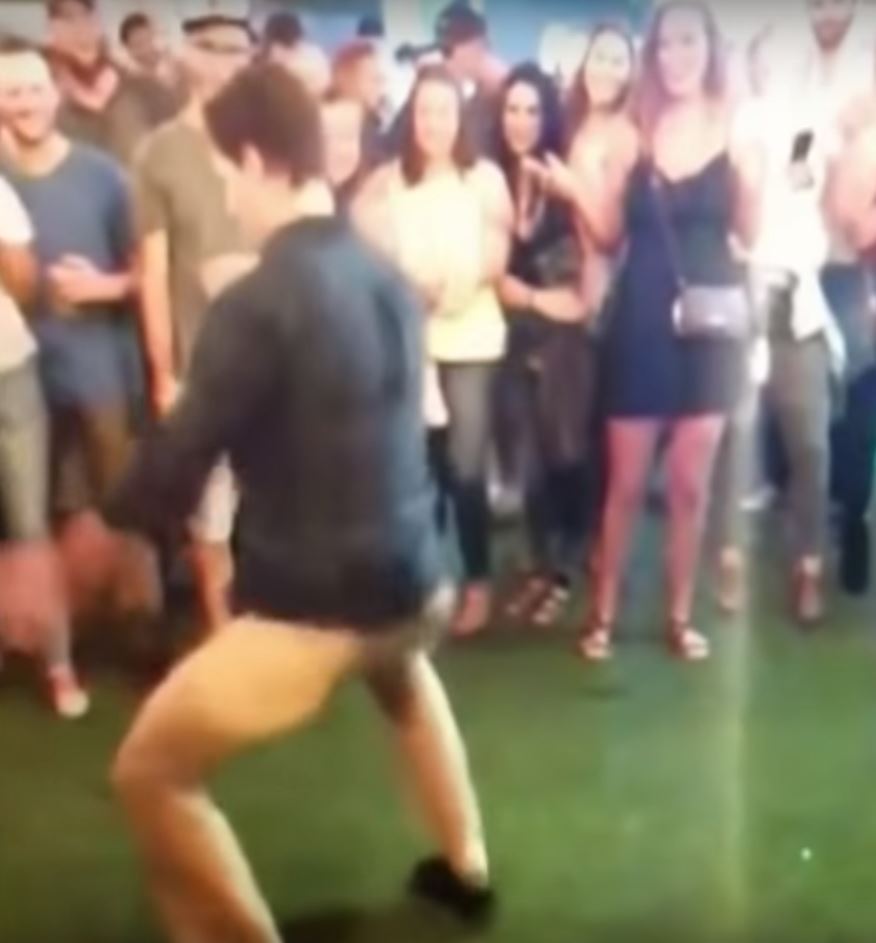 These moves are fire! Credit: ABCNews

Anyway, as mentioned above, this is one hell of a balls-up. Imagine being there. You’re watching the show-off in the middle of the dance floor make like Patrick f**ken Swayze while you’re sipping on your brewski, when he starts chucking backflips.

“How long you reckon it’ll be till he goes for a spill?” you ask your mate, Brian.

“Not very,” says Brian. He’s a man of few words, but he’s a good bloke and he always buys his round. 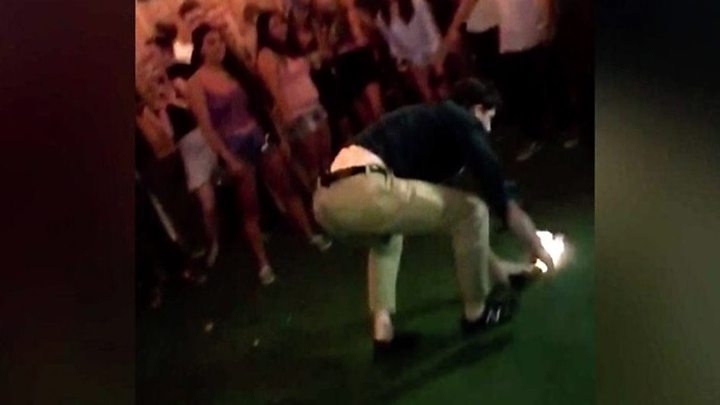 Then you notice that while he’s in mid-air something comes flying from his pants, hitting the floor with a heavy thud. Fortunately, he’s an agile b*stard and he picks it up as he lands. The only problem is…HAIR TRIGGER, BITCHES!!!

The chicks back off, he’s blown his load too early and the friendly fire has blasted some poor bloke in the leg. Unfortunately, it’s not Jasper from The Simpsons and he’s now pissing blood like a Gwar prop. He’s up sh*t creek without a paddle.

What does the f**ker with the gun do? He puts his gun in his holster, puts his hands up and walks away from the dance floor. Later on, the local police announce that he’s an off-duty FBI agent. 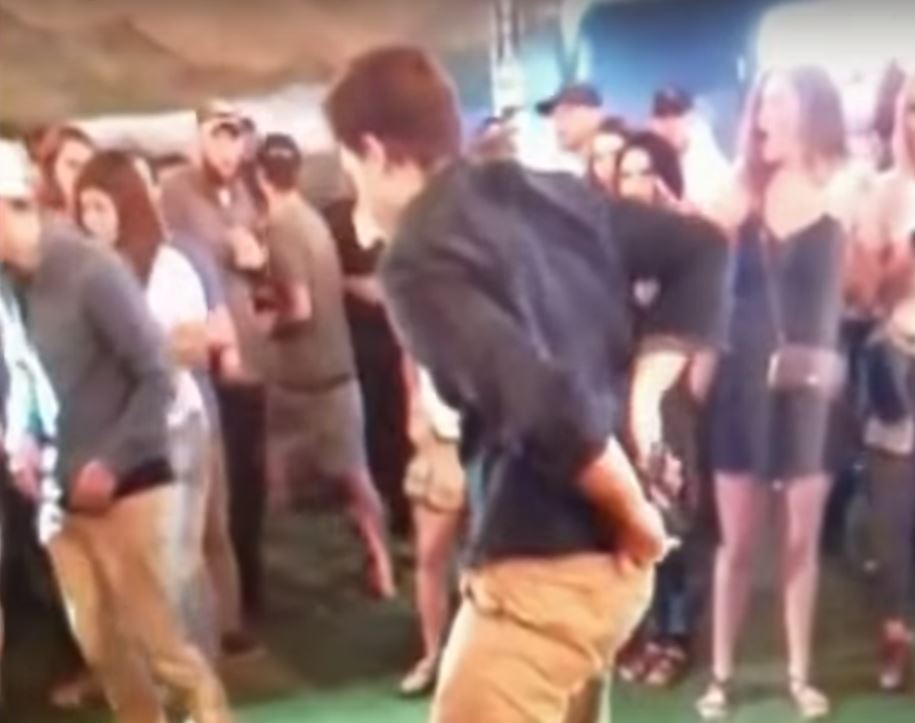 I’ll just put this back in here… Credit: ABCnews

Final thought: Thank f**k the bloke who copped it in the leg is all right. The district attorney is yet to decide if charges will be laid, but why the bloody hell do you need to take a lethal weapon – any f**ken weapon – to a nightclub?