Lately, there’s been a bit of talk around the Ozzy Man offices that a fairground video is in order. Well, this latest story is gonna do sweet f**k-all to dispel that notion. Fortunately, no one’s been hurt, but you can’t deny it’s a one-in-a-million shot: a young sheila has copped a f**ken bitchslap from a seagull – while flying 75mph into the sky on a fairground slingshot. Check it out…

Rightio, to give you a bit of context and characterisation, the two girls in this story are nice kids. Yeah, nah, their names are Kiley Holman and Georgia Reed, and they’re 13 and 14 respectively. Matter of fact, they were at the fairground because it was Georgia’s birthday, and they thought a great way to celebrate was to ride the slingshot. 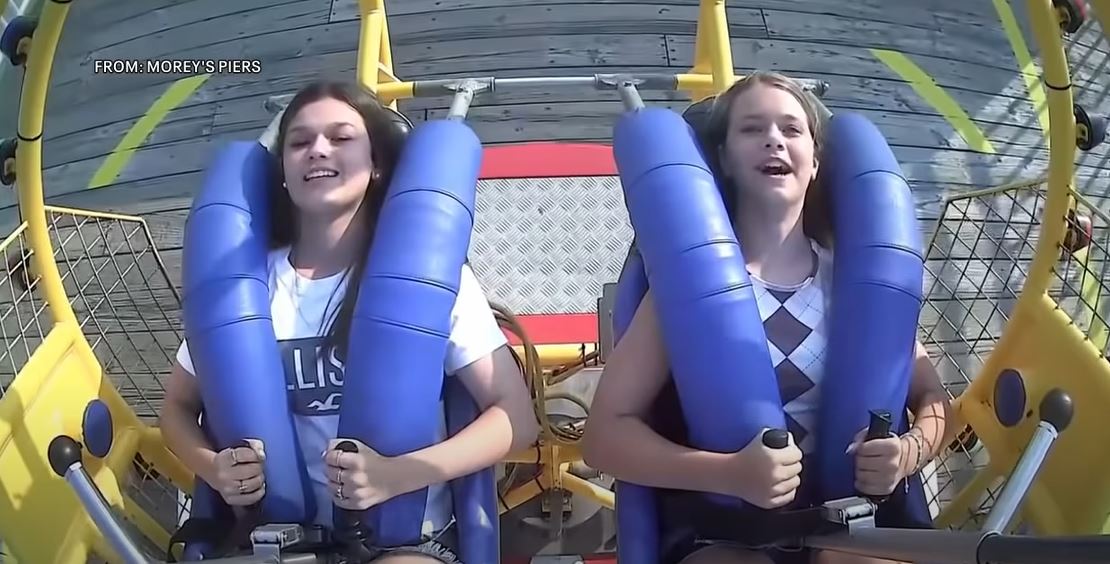 Now, keep all that in mind, because we don’t have a name for the seagull. What we do know, though, is that it too was minding its own business. It was casually flying across the sky while down below, the two girls were strapping themselves in to the ride.

As you can imagine, s**t was about to get hectic. Fortunately, it’s all caught on video, and seeing as no one’s been hurt, we’re gonna break it down for you. Basically, the two girls are getting ready to ride. You’ve got Reed on the left, Holman on the right, and, of course, the seagull, somewhere up above. 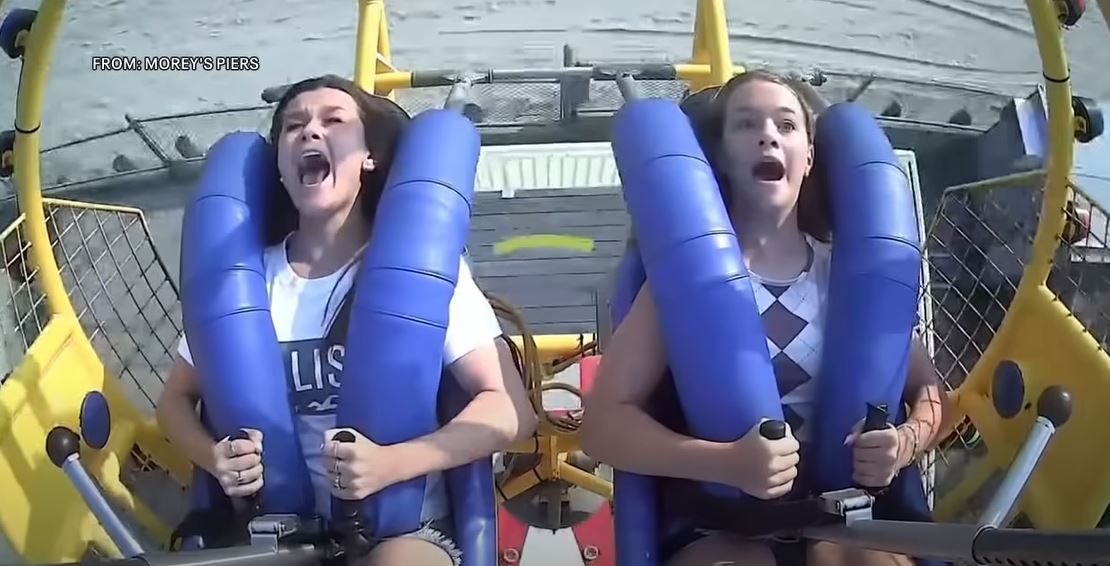 When the slingshot goes, it goes at 75mph. In Ozzy kilometres (which are the same as kilometres everywhere else) that’s 120kmph. Yeah, nah, it’s pretty f**ken quick and it’s definitely too quick for our innocent seagull to avoid. 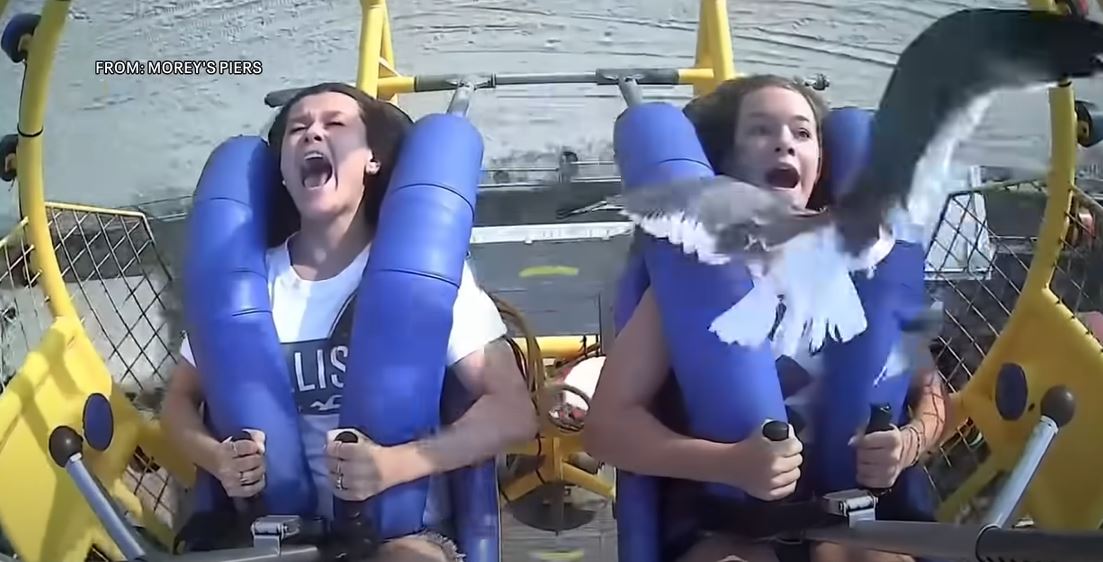 Deadset, by the time it’s realised that it and Holman are on a collision-course, it’s too f**ken late. Fortunately, we’ve got Holman’s awesome facial expressions to tell the story. You can see the moment of realisation in these pics, and it all ends with the inevitable. 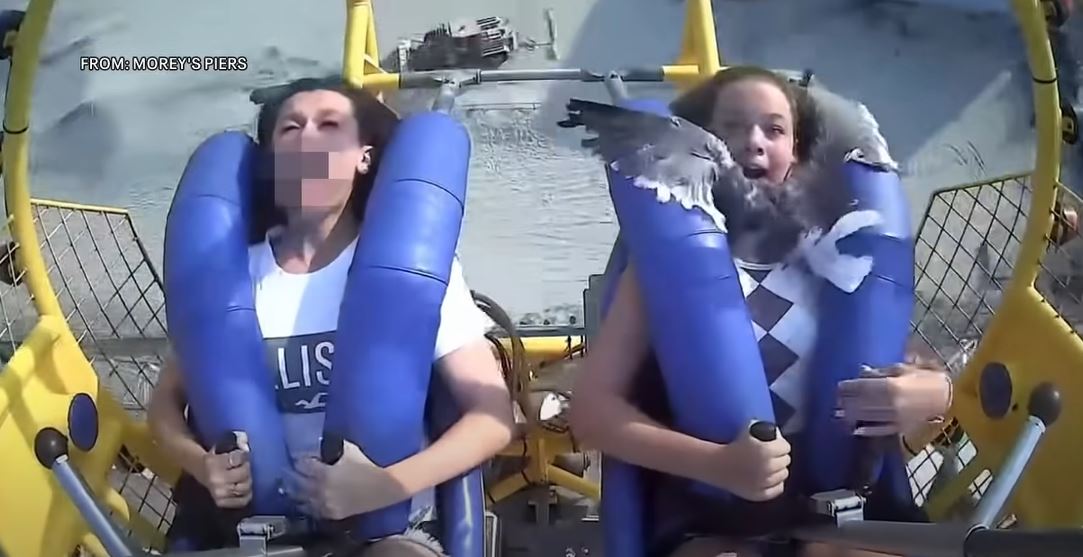 You can see the astonishment, the shock, the acceptance. Then, f**ken THWACK!

The seagull cops a young girl’s face in its business. 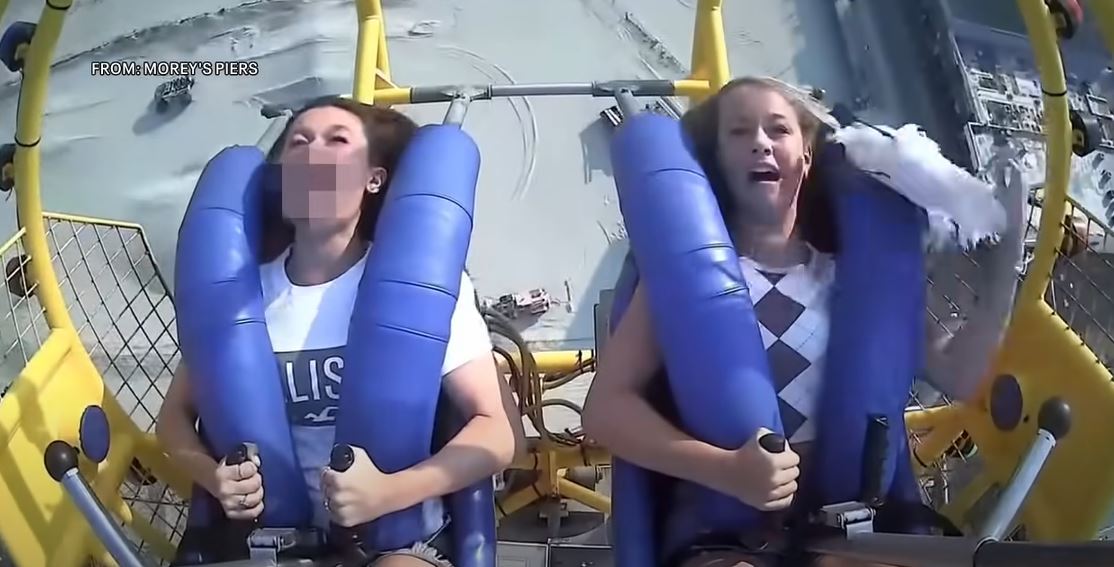 The young girl cops a f**ken seagull right in the mouth.

Afterwards, she told local news, “I knew there was no going back and it was just going to hit me. I didn’t know what to do so I waited for it to spin over. I just grabbed it and threw it off me quick.”

Final thought: Yeah, nah, we like this. Obviously, nothing went wrong, so we’re justified in saying that, but it’s a moment of magic. The sheer physics of it, the sheer chance, the sheer serenf**kendipity. Give it a watch and enjoy.

Just in case you missed it, here’s one of Ozzy’s latest commentary videos…Ozzy Man Reviews: Snake Vs Mice