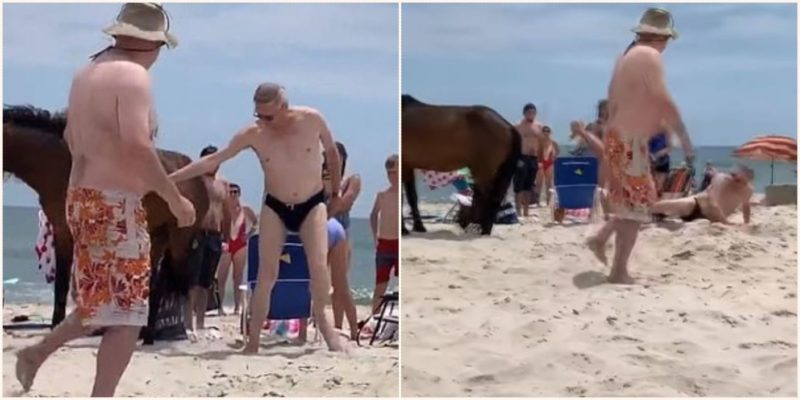 Ah, the family jewels. The wedding tackle. The baby sack. The gonads. Let’s face it, whatever you call ‘em, you really don’t want ‘em knocked around too much. Deadset, even when someone’s giving them some consensual fondling, you’re still pretty likely to have the word ‘careful’ on your tongue. Despite that, though, it’s always pretty friggen funny when someone else gets kicked in them, especially if they deserve it. With that in mind, we now present you with a video of a wild horse kicking a man fair in the speedbag. 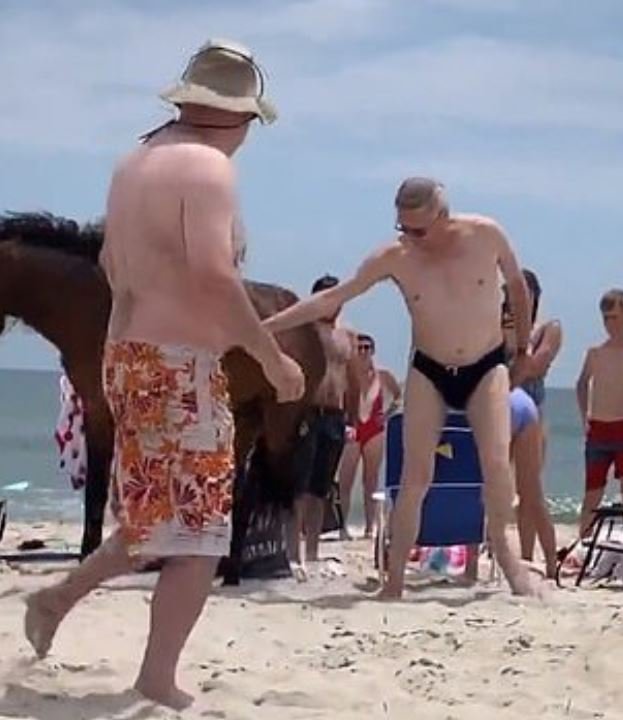 For this one, we’re heading to the Assateague Island. Apparently, it’s off the coast of Maryland and Virginia in the States and it’s bloody chockers with wild animals. Like horses. If you’re not sure what a horse is, it’s a pretty friggen big mammal known to have a kick like a bloody sledgehammer.

As you can see in the video, Captain Dicktogs has decided to break cardinal rule number one: he’s wearing budgie smugglers. Deadset, he’s gotta be European. Someone tell him boardies are a bloody good option for anyone. 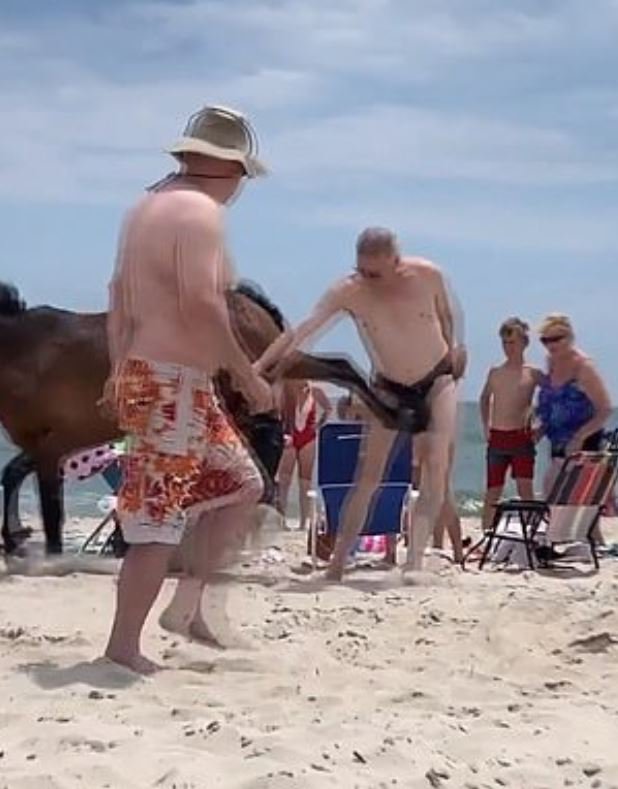 Already sidling up to that age-old bitch Karma and getting himself prepared for a jolly-good rogering, he then breaks cardinal rule number two: he tries to touch the wild horse. We don’t know if he thinks he’s the horse-whisperer or he’s drunk, or whatever, but in reality, he’s about to get his dingleberries turned into beach balls. That’s because the horse is not a fan.

It’s like, “Oi, don’t touch me, ya flamin’ galah,” and gives him a cheeky Zlatan kick. Right. In. The. Teabag. Obviously, old mate gets f**ken shit-mixed.

If you’ve ever seen gross and pendulous old man balls, you’ll know they should have swung like Newton’s Cradle. Instead, they got rocketed so far back up into his guts the momentum knocked him off his feet. Fark that! 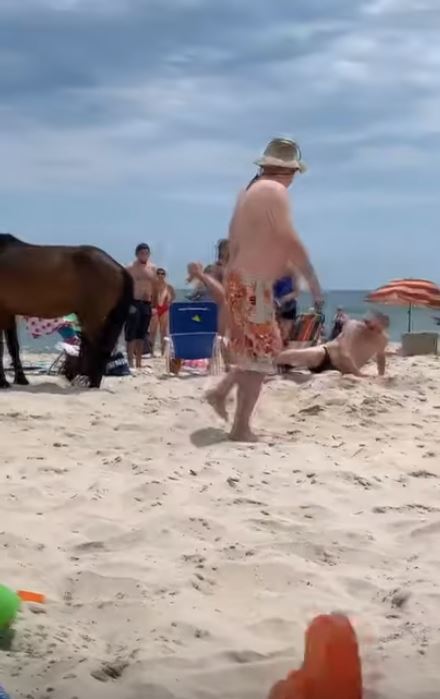 Comfortable with today’s lesson, the horse decides it’s laid down enough pedagogy for the day and calmly pisses off.

Final thought: You know we’re big fans of the fair go here at Ozzy Man Reviews, but if you’re gonna bloody tempt wild animals, you really kinda deserve a swift kick to the nuggets. What do you reckon?