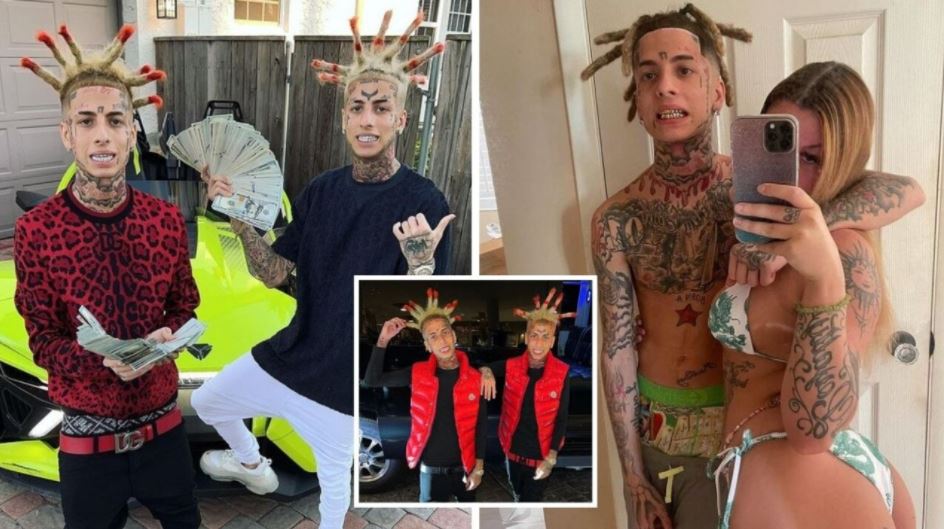 All right, if you’re anything like us, you might have wondered what the f**k was going on during the Jake Paul fight when you saw the crowd boo the s**t out of a couple of lads, even going so far as to hurl beers at them. Fortunately, like all mysteries, internet sleuths have done their digging and got their goss on the two fellas. This time, the sleuths are even reputable. Check it out…

Yeah, look, if we’re completely honest, we’ll admit that some of you will have recognised the Island Boys as soon as you saw them. Most of us, though, might not have. And let’s face it, you can’t know everyone who’s famous – or at least trying to be.

Yeah, nah, we try to keep on top of that s**t, but the internet’s a fast-moving beast. That’s why we’re grateful as f**k that Kassia Byrnes, the youth editor of News.com.au decided to dig up some dirt.

Island Boys walk off the set of Logan Paul's IMPAULSIVE podcast after an argument with George Jankos. pic.twitter.com/hdaBrB9imr

Basically, the Island Boys are ‘famous’ because they’ve created a bad rap video that everyone hates. In turn, they’re embraced that hatred. As Byrnes puts it, “The 20-year-old twins from Florida, Kodiyakredd (real name Franky Venegas) and Flyysoulja (real name Alex Venegas) made it big online after recording themselves in the pool singing their song, Island Boy. I’m going to be honest here, I’m quite confident that video didn’t go viral for being good.”

On top of that, the other thing Byrnes reckons other things that have brought the brothers a level of infamy are their manicured image and the fact they act like hoodlums when they’re private school educated kids from a wealthy family.

The ISLAND BOYS dem no be YAWA boys oo they just wonna be black soo bad that’s all. pic.twitter.com/DAVI9m8kJu

All of this is apparently part of the reason they’ve been mocked and ridiculed on TikTok. The other part is that since they first came to public attention, they’ve spent a lot of time responding to trolls. Byrnes reckons, “Since then, nearly their entire TikTok video catalogue seems to be them replying to trolls from their comments — from whether their permanent diamond grills are real (apparently they are) to trying to claim that using barber’s chalk on a hairline is less odd than using white-out — which surely can’t be helping anyone’s perception that everybody hates them.”

Island boys getting kicked out for throwing shoes pic.twitter.com/lWifSIjkFD

Island Boys… not a lot of fans in Tampa. Getting booed out of the building. pic.twitter.com/c7vd3mW02v

So, with all that said and done, all we can say is enjoy some of the videos you can see here of people mocking them, but keep in mind, this might just be the exact thing that’s making them big dollars and keeping them in the limelight.

Final thought: We’re gonna let you judge whether or not they’re unfortunate victims or whether they’re playing the part of carefully manufactured heels. We’re not really sure, but we’d love to know what you reckon. Anyway, here’s their song.