We all know that bloody snakes are hungry buggers. Deadset, they don’t even chew their food. They just swallow that s**t whole. Naturally, that can lead to the occasional hiccup. Take the snake in this story for example. It was so bloody hungry, it just f**ken gobbled a whole blanket. Give the video at the bottom of this one a squiz and check it out for yourself!

All right, ya big bloody bewdiful dickheads, how are ya? You might remember a while back we had some footage of a snake who’d eaten a towel.

Apparently, this is more of a problem than we must have realised at the time, because we’re bringing you a similar story that sees a snake having a blanket surgically removed. 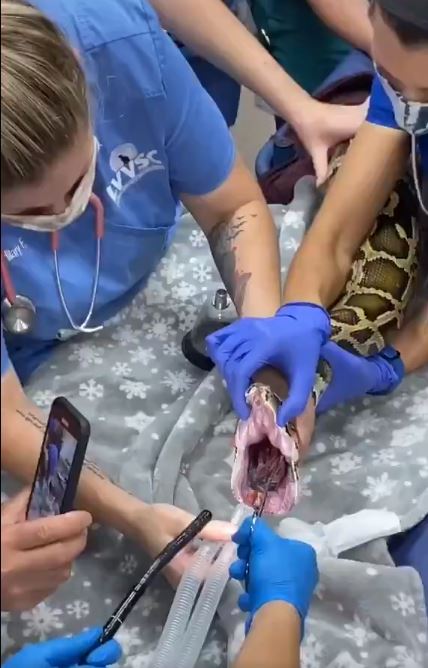 While we know that it’s an accident, we’re not exactly sure how the blanket got munched, but we have to assume that the snake’s actual dinner was tangled up in it. Considering the way they eat, it makes sense that if that was the case, the snake would keep going until there was nothing left to swallow. 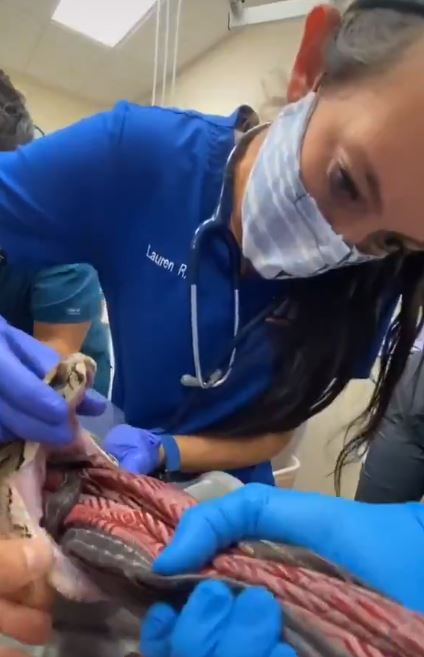 Anyway, this snake found itself at the vets. As you can see from the footage, the removal of the blanket is no easy task. Seeing as it’s not gonna get squeezed out the normal way and it’s not gonna get digested, the only option is for the vets to bring it out the same way it went in. 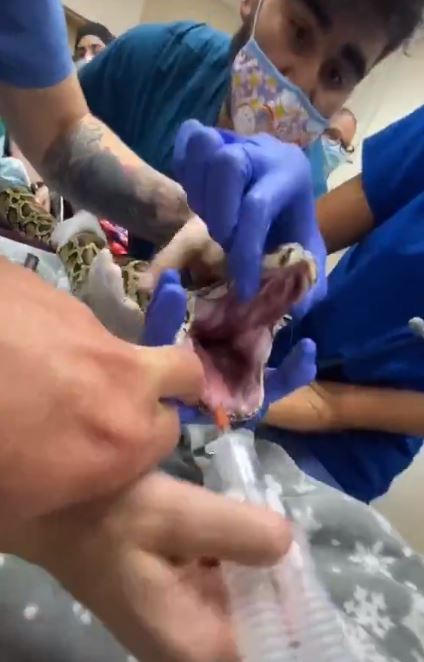 That involves a bunch of vets holding the snake in place while everyone else tugs the blanket out. It’s sort of like that magic trick where the magician keeps pulling handkerchiefs out of his pocket. Obviously, it smells like arse and the whole thing’s a lot more gross, but you get the gist of it. 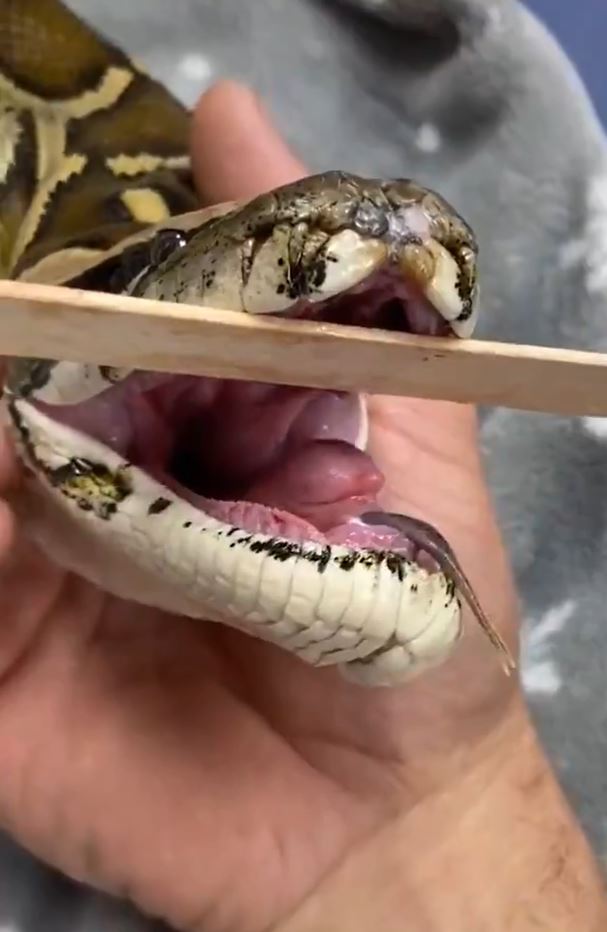 Give the video a squiz below. 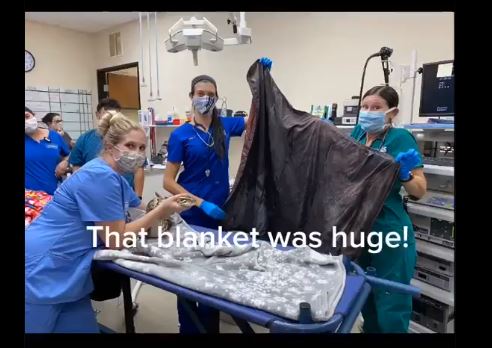 Final thought: Yeah, nah, we can’t say we’ve ever had to do this, but we did once see a dog that had eaten a roll of glad wrap. On that occasion, the glad wrap had to get tugged out the other end. It was…unpleasant. Anyway, let us know what weird s**t your pet’s eaten in the Facebook comments. See you there, ya legends.