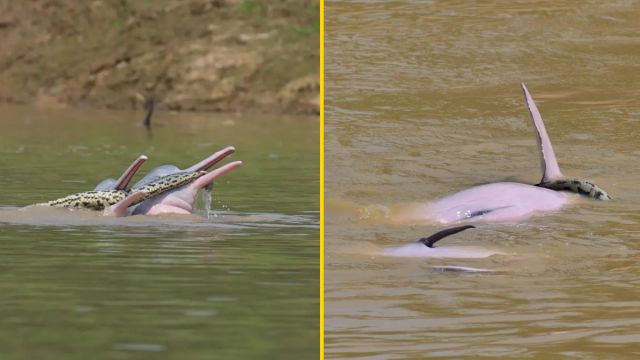 If you’ve ever seen a wildlife documentary, you’ll know that animals don’t always have the same filters we humans do. Yeah, nah, they don’t need to worry about finding a private place before getting their freak on. Deadset, in a way, they’re the original doggers, and they’re not always conservative about it either. Sometimes they like extra stimulus, like an anaconda. Just ask these two river dolphins from Bolivia.

OK, to be straight-up with you, this is not the kinda thing that happens all the time. Yeah, nah, that’s why it’s got researchers a bit baffled, a bit befuddled, a bit bloody bemused. Basically, they saw two male dolphins playfully carrying an anaconda around.

Something else from the photos of the dolphins playing with the anaconda was notable — the males’ erect penises. https://t.co/72CEQMYfam

At first, they thought they might be attempting to teach younger dolphins about the threat an anaconda can pose. That idea was quickly blown to s**t when they noticed that the dolphins had raging stiffies.

Yeah, nah, they had boners. They were in a state of arousal. They had the horn on. However, you describe it, these dolphins were cracking fats. Apparently, they carried the anaconda around in this state for a full seven minutes. 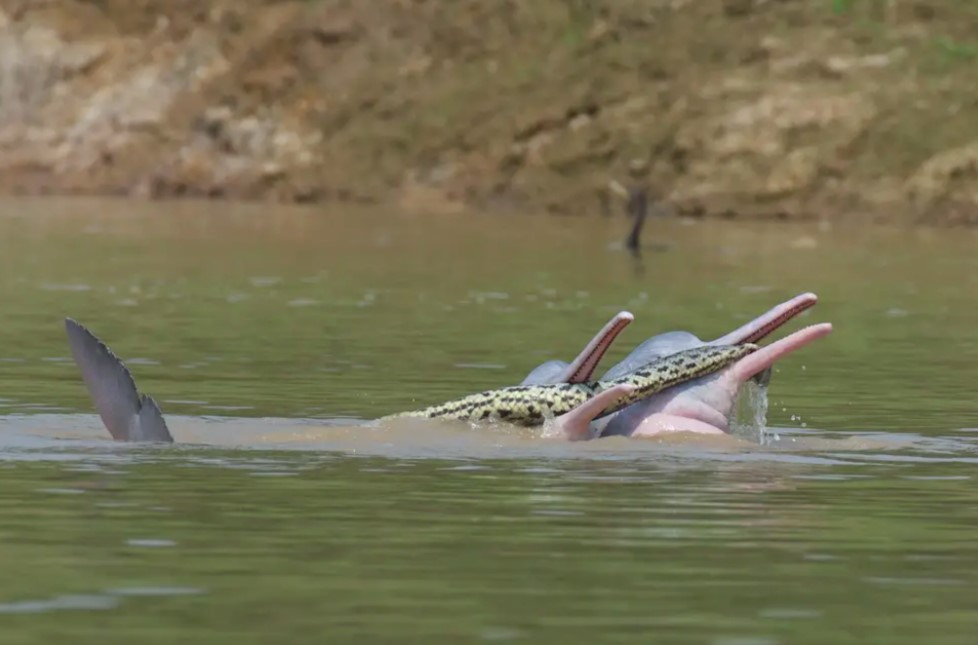 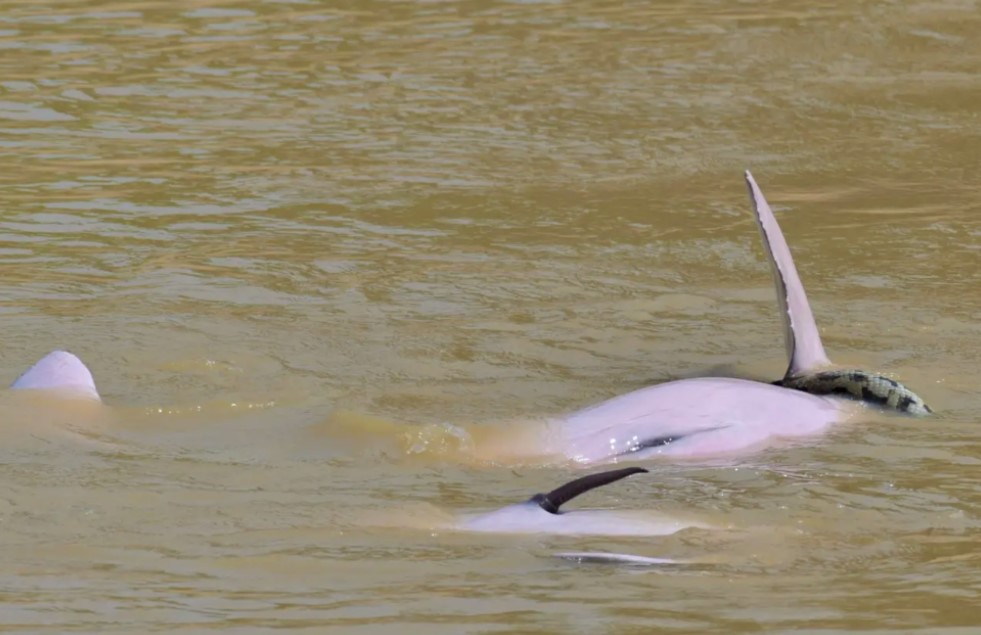 And we’re not sure we’d ever shake those researcher’s hands, especially if they were leering when they said it.

Final thought: Yeah, look, wild speculation seems to be the order of the day here. What did the dolphins want with the creature? Was it gonna become a cock-sock? Were they gonna Carradine themselves with it? We don’t know, but we want you to have a guess. Share your thoughts in the comments section.