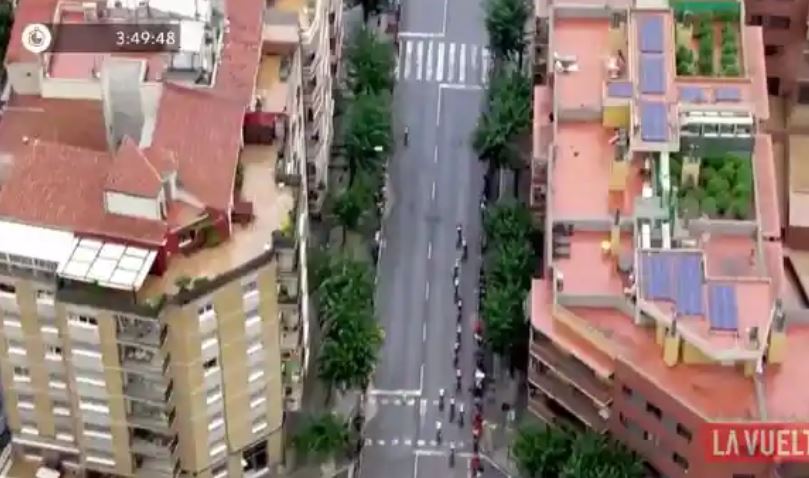 These days, the general public tends to have something of a more lax attitude towards cannabis use, but despite that, it’s still kinda frowned upon to be growing pot without the right kind of business permits. Obviously, in some countries it’s completely illegal, but generally speaking, those who want to do it without letting the tax-man know need to hide their stash pretty well. That’s the case in Spain. Unfortunately, it turns out that the roof of your house isn’t necessarily the best option. Especially when the TV helicopters are in town…

Rightio, for a bit of context, were heading to Igualada in Catalonia. Apparently, television cameras were busy filming La Vuelta, one of cycling’s major races. Of course, spandex-clad douchebags wasn’t all they caught on film. Yeah, nah, as they panned over one rooftop, loads of social media users were like, ‘That’s bloody pot!’ 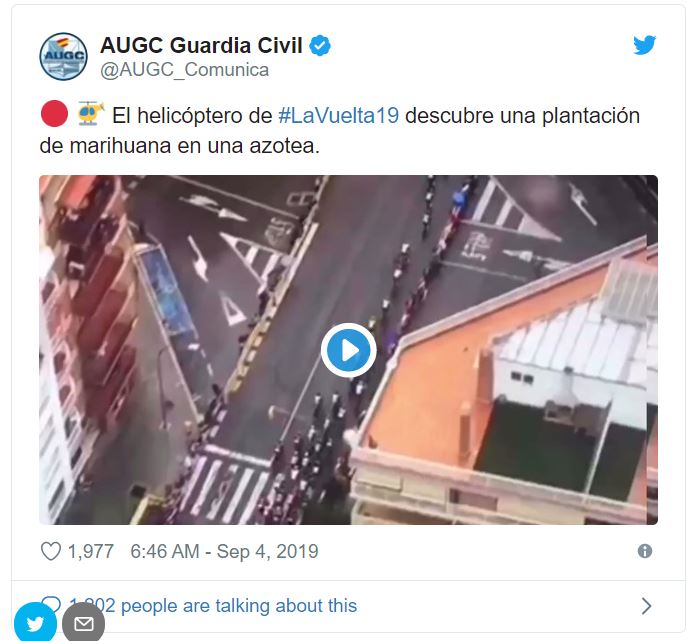 Shortly after, Spanish police were on their way. A spokesperson said, “We received information via social media that there was a marijuana plantation on the roof of a block of flats in Igualada. We began an investigation, which is still under way, and we have seized 40 plants. For the moment, there have been no arrests.”

Apparently, they’re having a bit of trouble figuring out exactly who to blame because the rooftop terrace isn’t actually part of the block of flats it was found on. Still, that’s a bit bloody strange for 40 unclaimed wacky tobaccy trees just to be growing there with no owners. 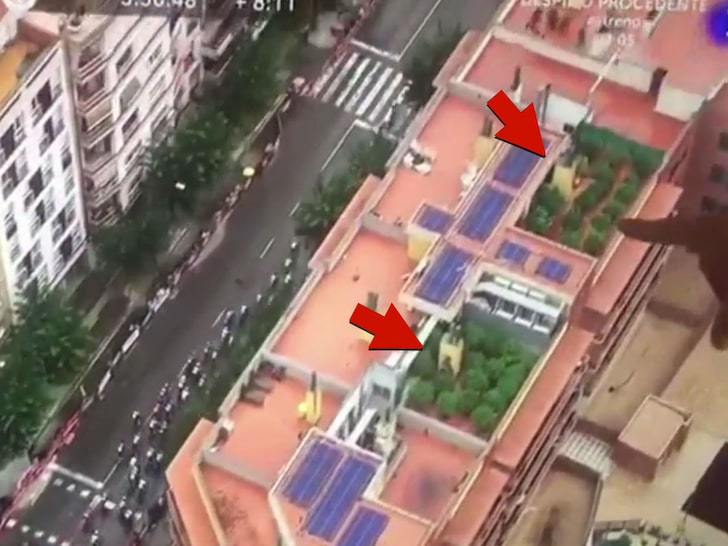 Obviously, people aren’t rushing forward to claim ownership of the plants. As mentioned above, growing for commercial use is frowned upon in Spain. And, let’s be honest, there’s a few too many there to claim it was for personal use. Yeah, nah, there’s not enough cookie dough in the world to keep someone smoking that much!

Final thought: We reckon the question here is pretty obvious. If you recognised plants like that growing on live television, would you let someone know or would you keep it to yourself?