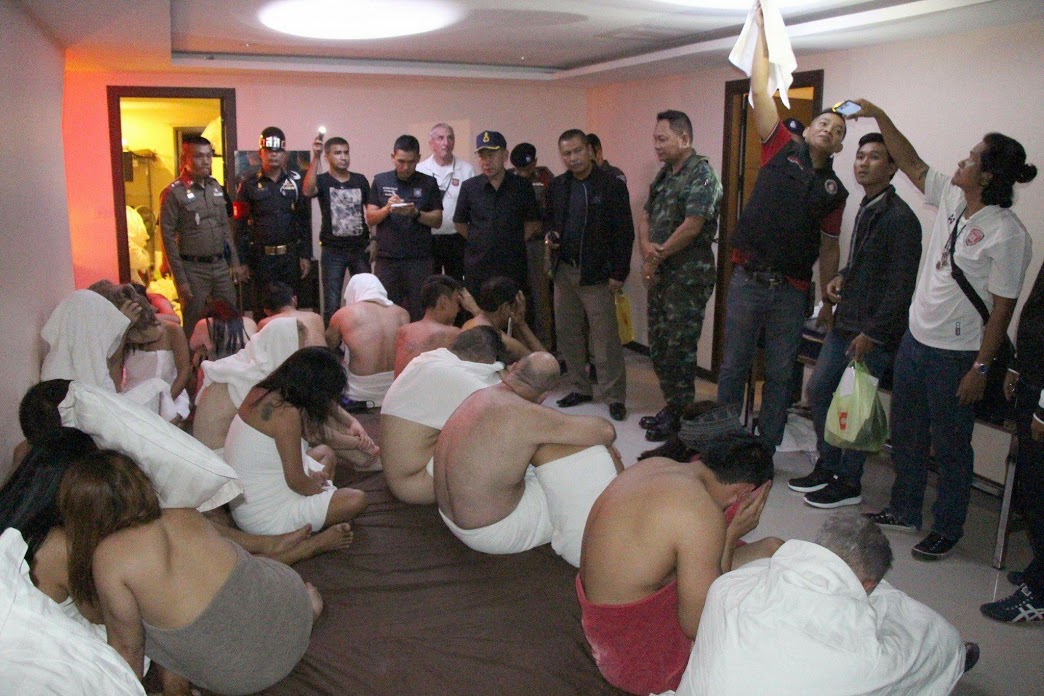 Man, I hope none of them accidentally wrapped themselves in the jizz-towel. Credit: Viral Press

Anyway, in we go, and oops, there we go, bare arse. Towel draped over the shoulder, arse bare. They do things differently in Thailand, that’s for sure. Whoever heard of wearing a towel like that?

Through the door we’ve got a couple standing there looking positively confused. It’s almost like someone turned the lights on and they realised, ‘oh sh**, that’s not my mail-order bride, that’s Steve’s one. How silly of me. Now where are my keys?’ 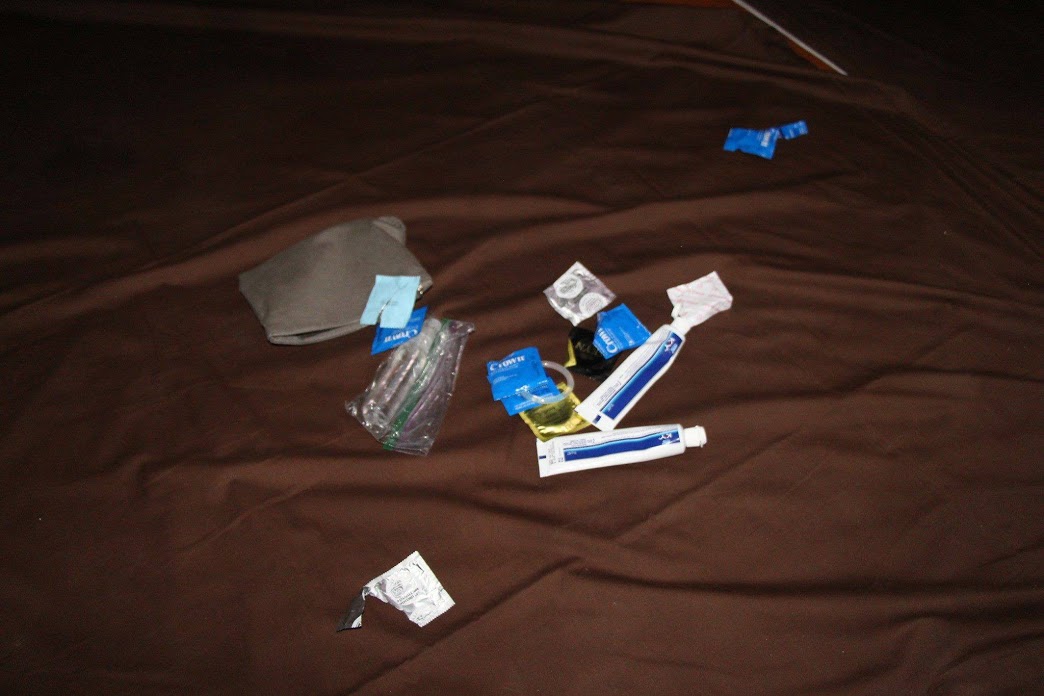 But, would you look at this next scene? Have you ever seen a sorrier collection of blokes in your life? Hang on. Are those toothpaste tubes? Please tell me those are toothpaste tubes. If not, these guys have brought enough lube to stock an entire Lubemobile franchise. Mind you, if it’s toothpaste, I really don’t want to know why the breath is so bad. Something smells fishy there.

All right, there’s used frangers in the bin. That’s gross. Let’s move on.

Just out of curiosity, does anyone else find it slightly disconcerting that whoever’s filming is just heavy-breathing their way through this? 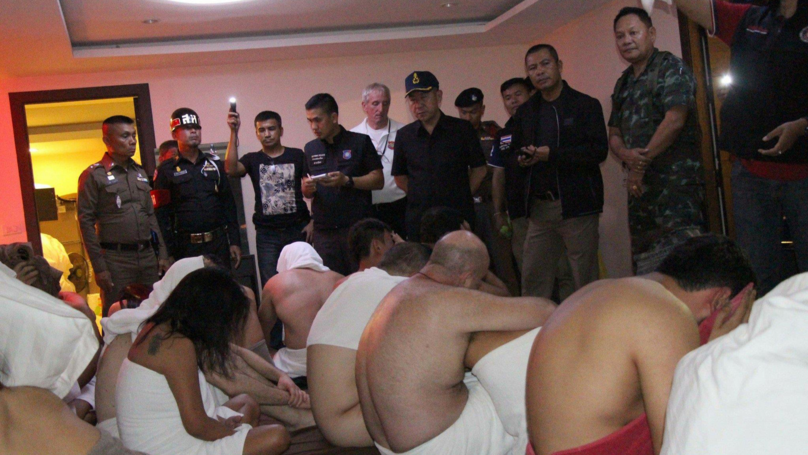 Not sure what’s more demeaning, letting one of these blokes bang your wife or having to sit there like a poorly outfitted Toga party. Credit: Viral Press

Back to the room with all the sorry looking blokes. Now, despite previously being OK with parading their questionable actions in public, they want to hide their faces once they realise they’re being filmed. Look at ‘em there. Totally sick of this party and just wanting to go home to watch Netflix. But nup, they have to be marched out and sat in the foyer like naughty schoolkids.

Just one question though, I thought this was a legit industry in Thailand? Isn’t it, like, a thing? Apparently not. The owner of this dodgy as f*** hotel, The Tulip Hotel, has since been charged with running a hotel without a licence – and for hosting obscene sex parties. 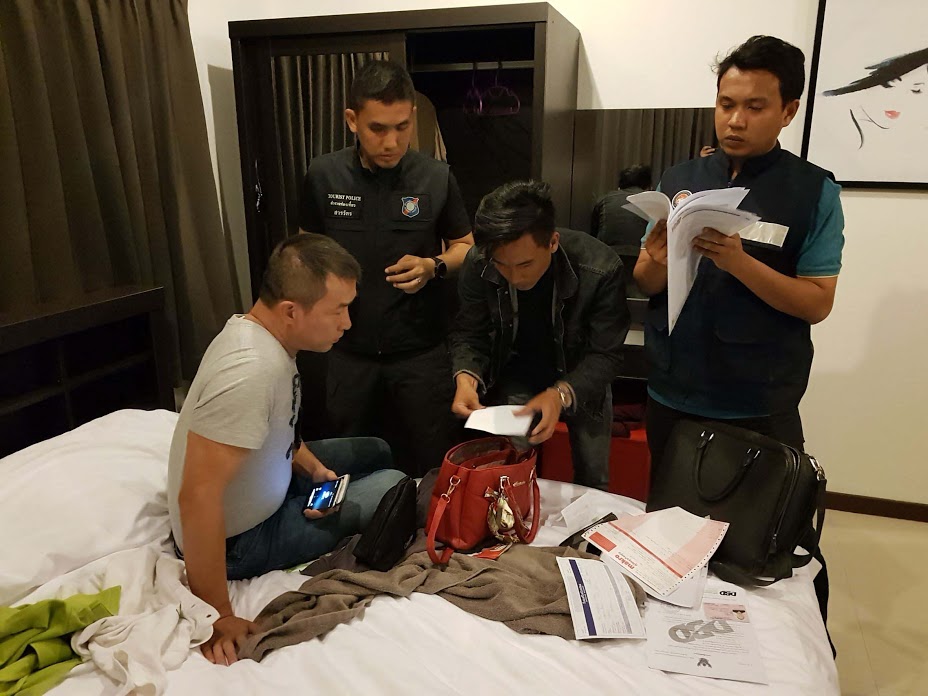 Um, no, I don’t believe that is my wife’s bag. Credit: Viral Press.

The cops were tipped off – presumably just as some of these dirty buggers were putting just the tip in (judging by the used packets of lube). By the time all head, I mean heads, were accounted for, tourists from as far wide as the US, the UK, Germany, Ozzyland & Malaysia were busted enjoying a swinging night out for 1500 baht each.

yeah nah  yeah in all seriousness, this was some seriously seedy business overall.