Okay, we know you’ve heard this before on this website, but we genuinely do like to give all of the good people of this planet the benefit of the doubt. Nah, yeah, we reckon everyone deserves a fair shake of the shaft, a fair whack of the wiener, and a fair twist of the titty, but sometimes we really struggle in justifying it. Look, what we’re saying is this: some people really make it f**ken hard because they do things that are, well, about as smart as a tray full of tim-tams. Check this bloke out to see what we mean…

The bloke in question is TikTok user Jason Clark. Now, don’t get us wrong, we like Jason. We reckon he’s probably a decent bloke, and understand that he’s just trying to make some good content. But, and we mean this sincerely, we can’t condone his dumb-as-f**k behaviour. 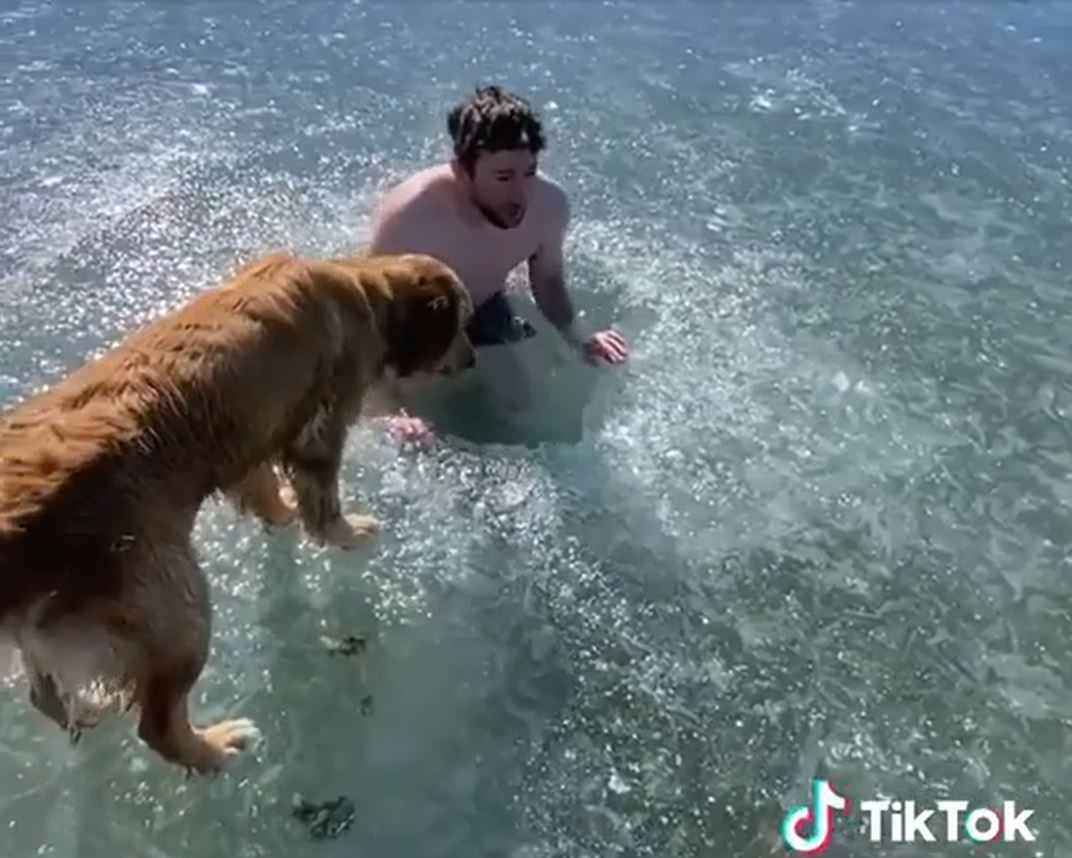 That’s because – and we shouldn’t need to say this because every movie that ever featured a frozen lake has already said it – you’re a silly bloody sausage if you go swimming beneath the ice. Deadset.

Anyway, in case you hadn’t figured it out, that’s what Jason did. Obviously, he got a bit lost beneath it – and while he came out of it okay – it nearly went belly-up, and so did Jason. 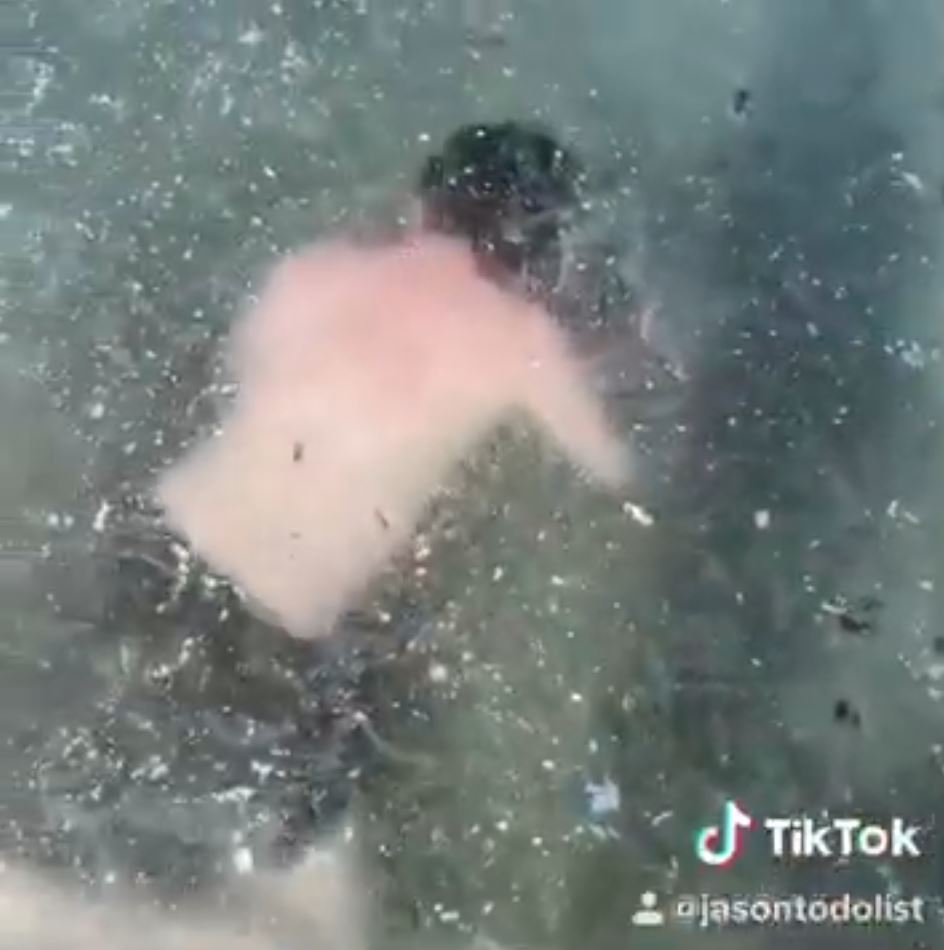 Yeah, nah, while his hapless missus was filming what almost became his final contribution to the internet’s wall of shame, he was struggling to get back out of the ice.

“I have never been this close to dying,” he told The Mirror. I didn’t think my eyeballs would freeze so quick.” 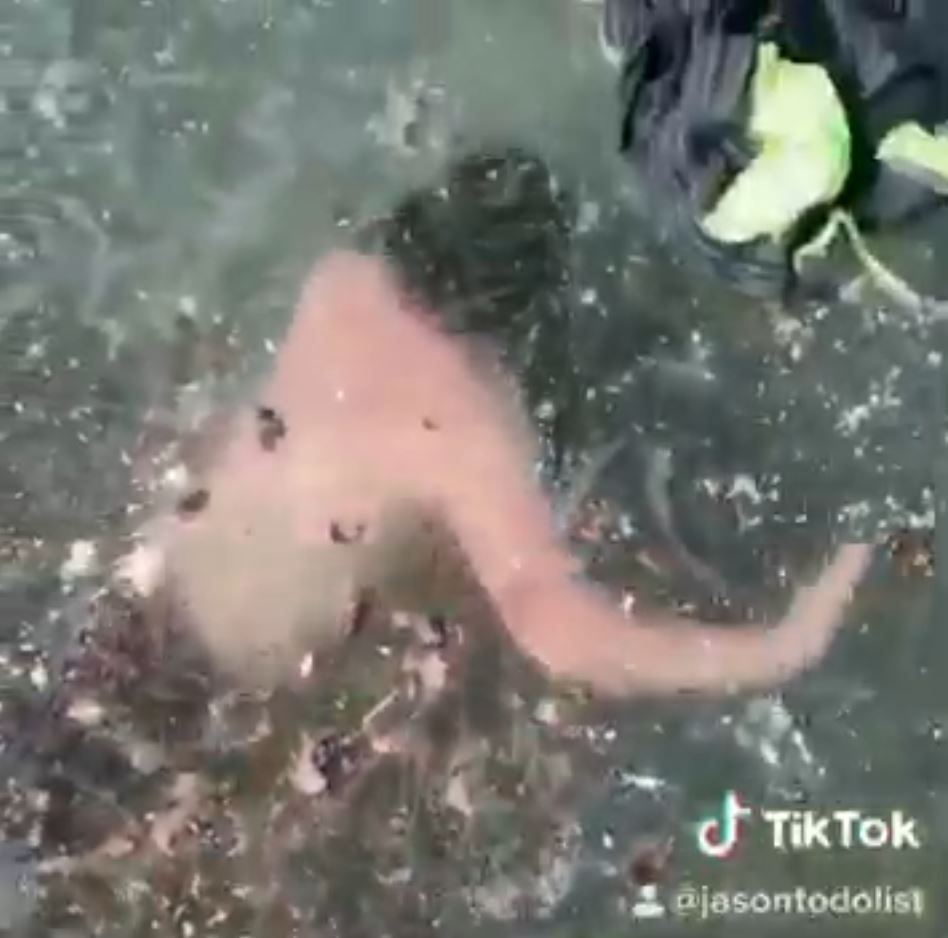 “The surface of the water where the hole was didn’t look any different than the bottom of the ice. When I flipped around and felt solid ice I thought I was at the hole.”

He reckons he was trying to follow his dust-cloud back to the hole he’d cut into the ice. Obviously, that plan went to s**t when the dust drifted in the water. 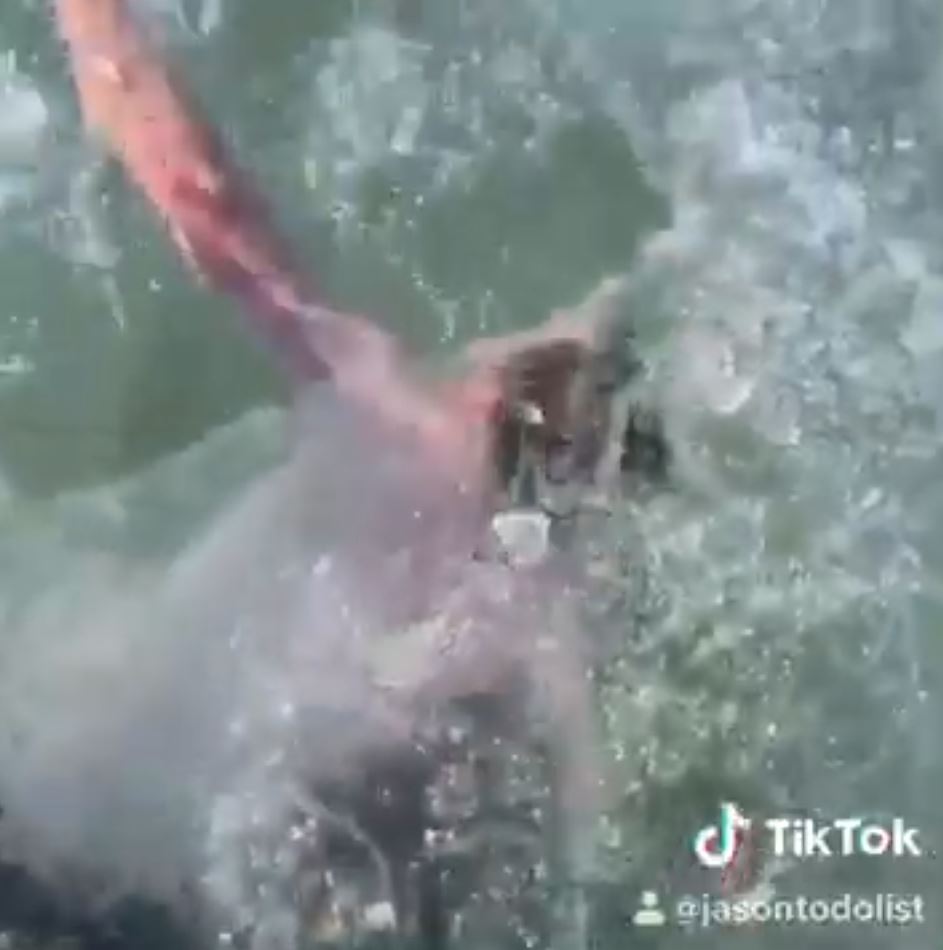 “I was so short on breath I couldn’t really see anymore. I had accepted that was it and I wasn’t going to make it. I swung my hand at what I thought was just a lighter spot of ice and my hand came through. I then got a tonne of energy to stand up. It took 2-3 breaths to regain my vision after resurfacing.”

So, in his own estimation, his survival was a pure f**ken fluke. Meanwhile, he reckons his missus thought he was joking the whole time. Seriously, Jason, even Metallica wrote a f**ken song about this one. 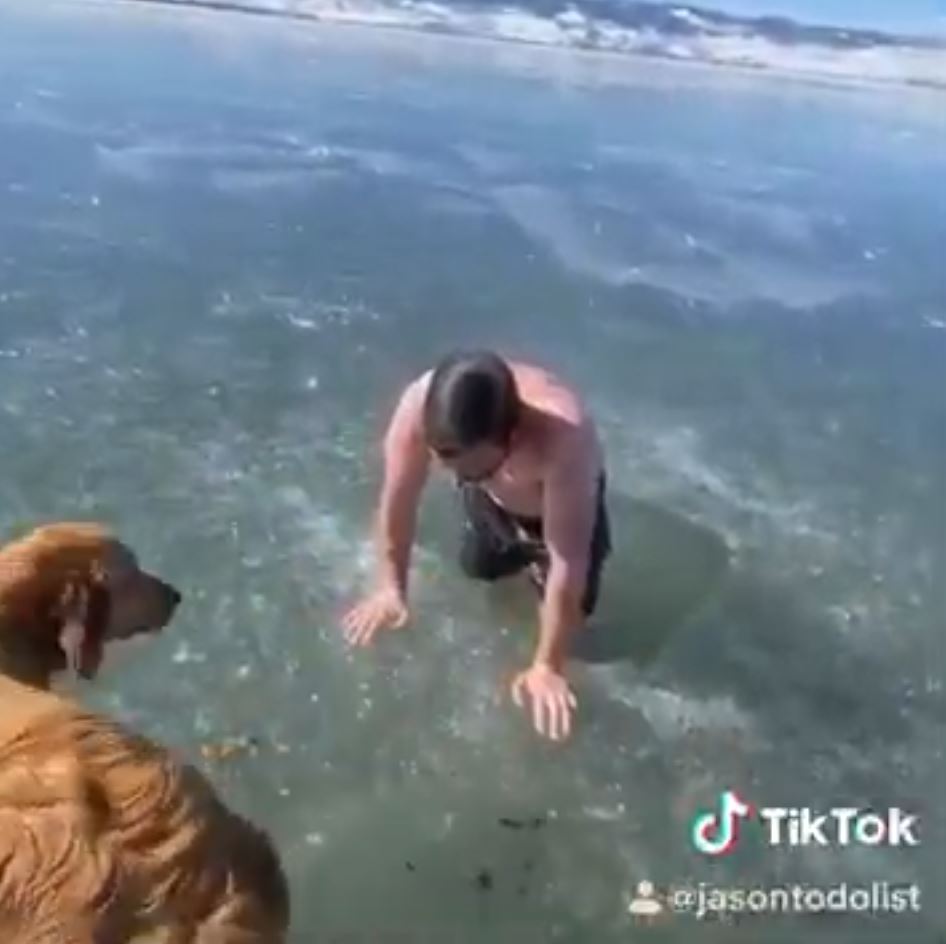 Final thought: Look, while we realise that large swathes of Ozzyland aren’t going to have to deal with a problem like this one, it shouldn’t have to be said that you don’t go beneath the ice. If you do have to, just don’t, all right. Just don’t.

Just in case you missed it, here’s one of Ozzy’s latest commentary videos…Ozzy Man Reviews: Cats Being Dodgy 2