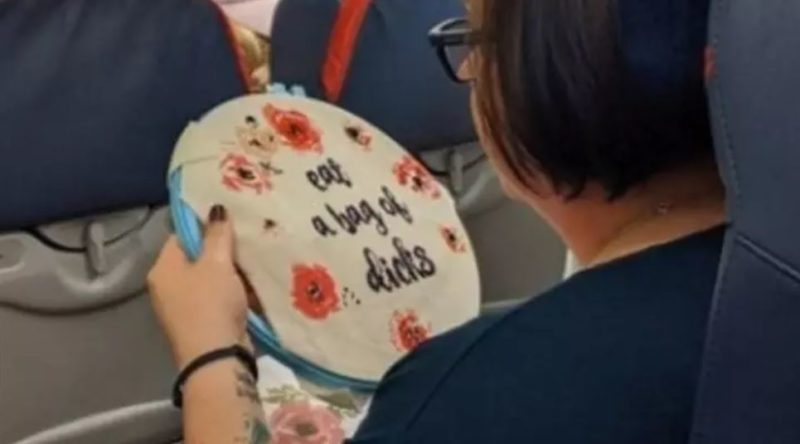 Flying is a pain in the ass. That’s why anyone who considers themself prepared for flight has thought of ways to alleviate the boredom that undercuts the discomfort of flying. Some people read books. Others watch movies. And that doesn’t even take into account all those who self-administer sleeping pills or booze. Finally, there are the people who bring their hobbies on-board. Crosswords, sketching, writing, knitting, cross-stitching. It’s all fair game, and it’s all lovely and wholesome. Except, of course, when it’s not…

To give you an example of that, have a bloody squiz over the shoulder of a cheeky sheila caught cross-stitching a message that was anything but wholesome on a recent flight. 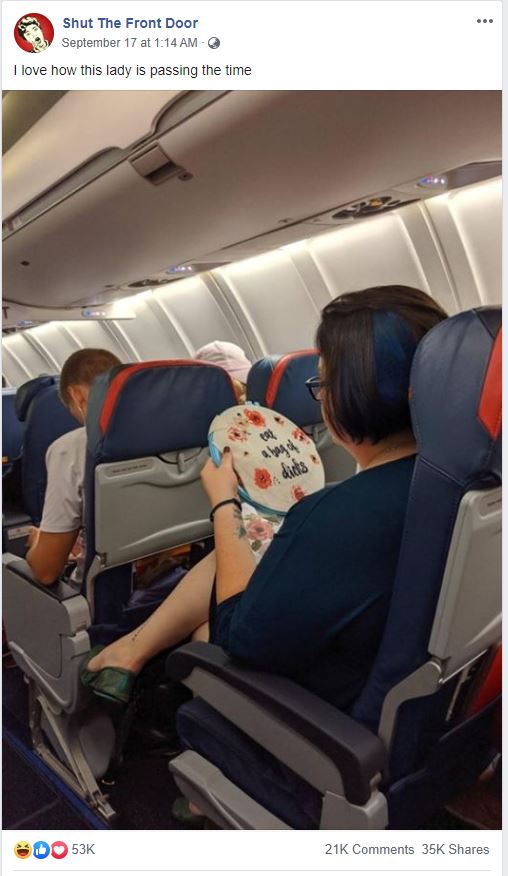 We’re not sure where exactly the flight was headed or where it came from, but we bloody love the fact that the sheila in question has just whipped out her cross-stitching and proceeded to spell out the words, “Eat a bag of dicks.”

Now, some other websites have spoken about the nature of bringing knitting needles and the other tools necessary for just such a stunt onto the flight, but what we want to know is the context of this message. 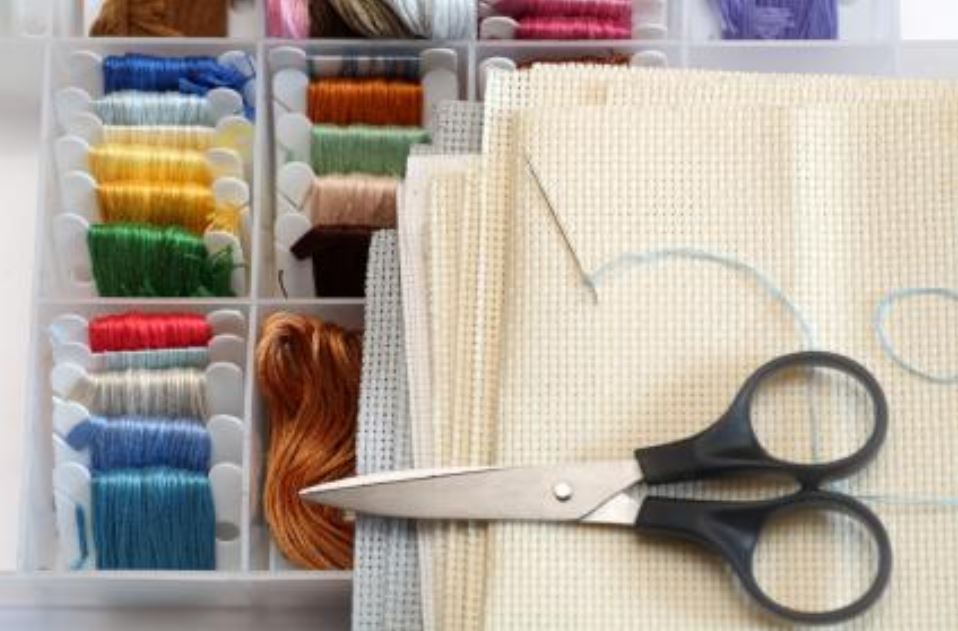 As you can see, the tools aren’t the sort of things you’d usually associate with flying. Credit: Fair Use

The way we see it, it could be a great example of the kind of banter we love here in Ozzyland. After all, there’s nothing as friendly as telling your mates to go and f**ked. On the other hand, it could be a really schmick piece of aggressive passivity.

Imagine if she’s on the way to her sister’s house and she’s really not keen. Before leaving she decides she’ll present her sister with a token of her love. When she arrives and hands it over, the sister would be all like, “That’s lovely!”

And then she would read it. 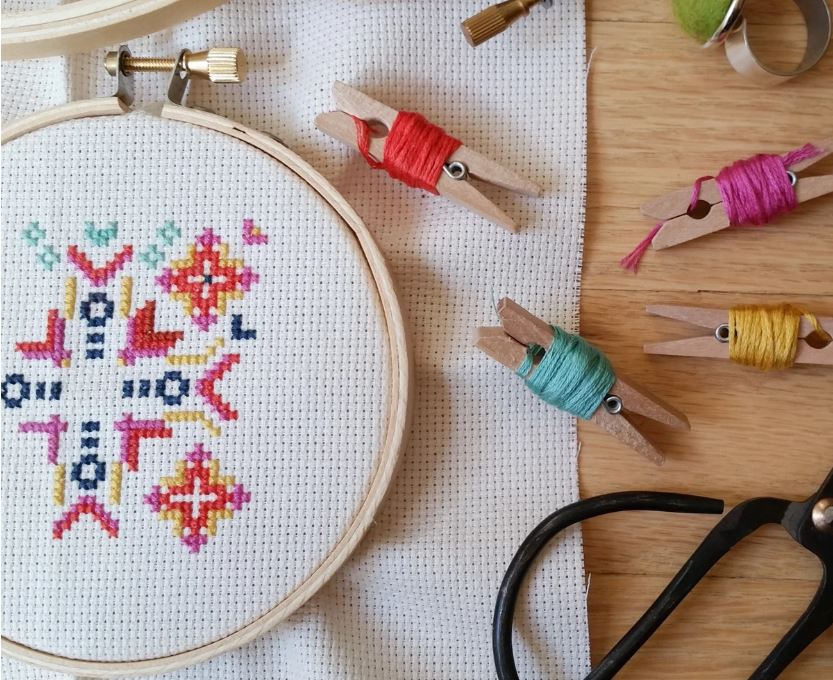 It’s usually such a wholesome endeavour. Credit: Fair Use

Final thought: We’re really kind of caught up on just who or what this thing was for, so help us out. Engage in some conjecture and let us know what you think in the comments, ya big bloody beautiful dickheads.