A few weeks back, the world was granted a pretty f**ken savage reminder that the Sentinelese people of North Sentinel Island in the bay of Bengal don’t want you to come door-knocking. No sh*t, this ‘primitive’ tribe does not give a f**k whether you’re selling Avon, cheap solar power or Jesus; they will f**k you up if you set foot on their land. Having said that, the tribe is NOT completely uncontacted. They have had several notable liaisons with other ‘civilised’ people – and not all of them have ended in heartbreak.

One of the people who has met with the Sentinelese and lived to tell the tale is Doctor Madhumala Chattopadhyay, an anthropologist who met the group in 1991 as part of an expedition. At the time, there was a school of thought that people should reach out to the Sentinelese – and there’s even footage on YouTube of meetings with the tribe that didn’t end in bloodshed. 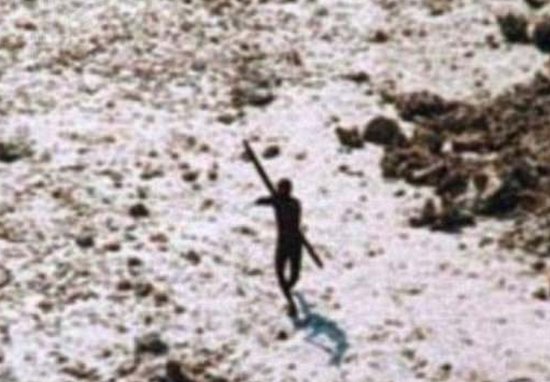 Madhumala told Probashi Online all about an expedition she was part of that gifted the Sentinelese with coconuts and despite some pretty f**ken hectic difficulties, survived a ‘friendly’ meeting. Chattopadhyay is seen by experts as one of the primary reasons this particular meeting didn’t go pear-shaped. Deadset, the simple fact that there was a female anthropologist involved meant the exchange finished without bloodshed. 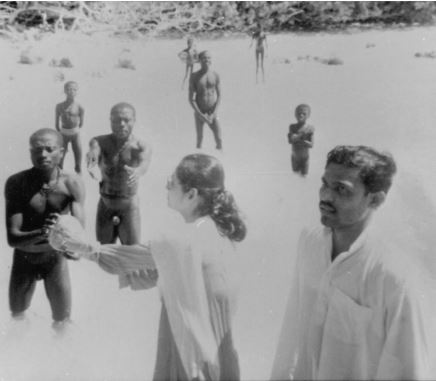 An actual image of Madhumala with the Sentinelese. Credit: Facebook/Madhumala Chattopadhyay

Chattopadhyay said, “The team was awestruck; the Sentinelese had accepted a friendly gesture.” Wanting to capitalise on this, they went and got more coconuts. On the second exchange, the Sentinelese welcomed them with cries of “Nariyali Jaba Jaba.” With knowledge of other Andaman dialects, the anthropologist knew this meant ‘more and more coconuts.’

Amazingly, on this occasion, one Sentinelese bloke touched their canoe and the anthropologists were able to leave it and wade in the water with the locals. It wasn’t all f**ken easy though. One young bloke levelled an arrow at Madhumala and even fired it – fortunately, one of the Sentinelese sheilas gave him a shove before he could release the arrow, forcing it to veer off course. 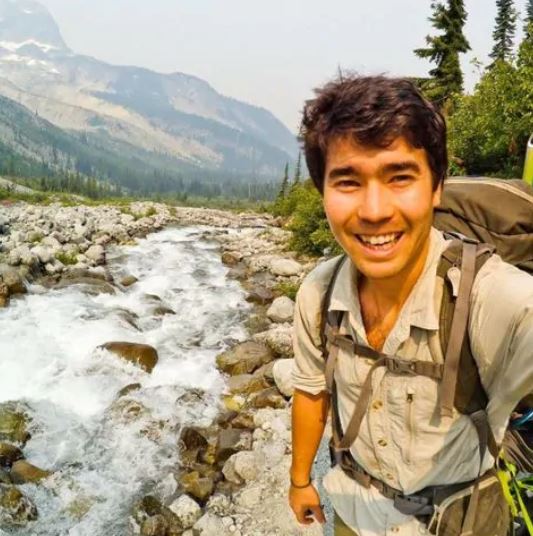 John Chau was killed when tried to bring Christianity to the Sentinelese. Credit: Facebook/John Chau

Later, she was even able to return with more coconuts. This time the blokes climbed up onto her boat to collect them from her.

Madhumala finished her report by saying, “Never ever in my six years of doing research alone with the tribes of Andamans did any man ever misbehave with me. The tribes might be primitive in their technological achievements but socially they are far ahead of us.” 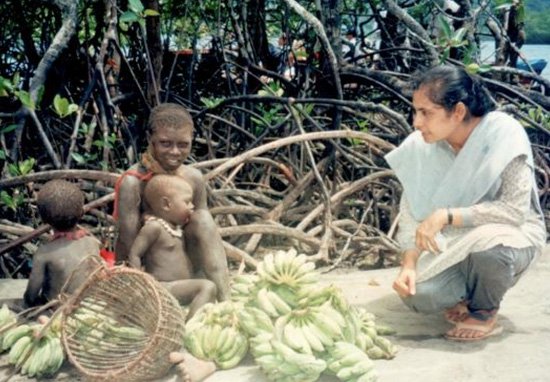 Madhumala with the Jarawa, another isolated tribe. Credit: Facebook/Madhumala Chattopadhyay

Final thought: F**ken hell, talk about a special achievement. While parts of it are pretty hectic, what an amazing thing to have on your resume. Good shit, Maddy. You show the world what a bit of decorum and a nice gift can do. Top work.