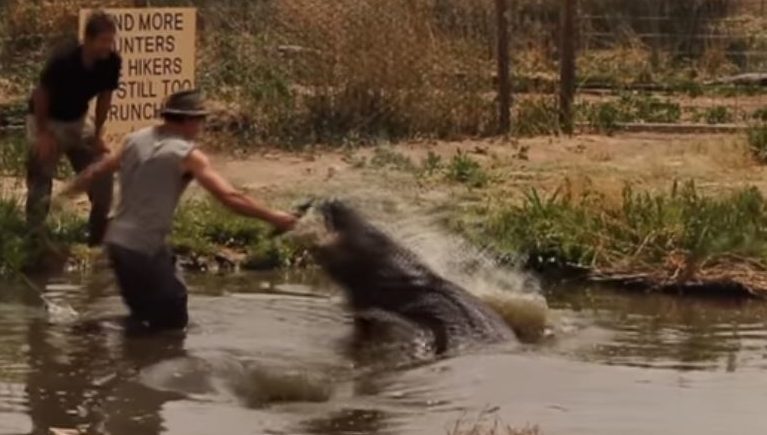 We all know that you should never smile with a bloody crocodile, but in our rush to talk about the big bloody salties we have over here in the land of Oz, we sometimes forget just how f**ken mean a full-grown American alligator can be. This video ought to give you a bit of a reminder. Because, yeah, nah, they might not be as big as our crocodiliacs, but they’re still bloody nasty pricks when you f**k with them. Check this one out down below… 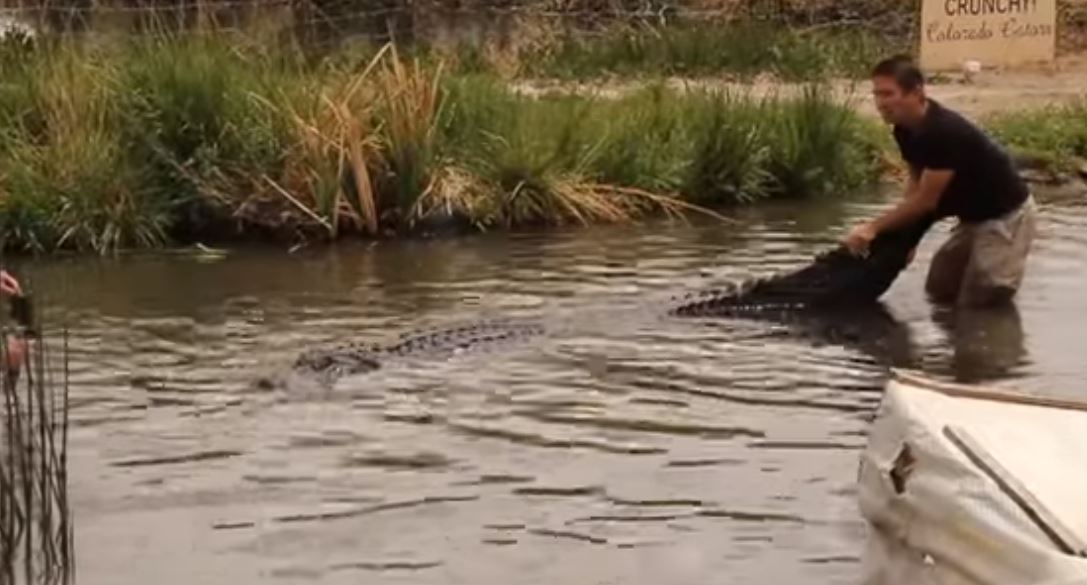 There’s a chance you’ve heard of Charles Wieand. He’s one of those blokes who loves to f**k about with reptiles. In a recent video he was shooting with a Colorado alligator farmer, he’s getting a bit touchy feely with what can only be called a friggen huge alligator when it tries its bloody luck and lunges for the farmer’s hand. 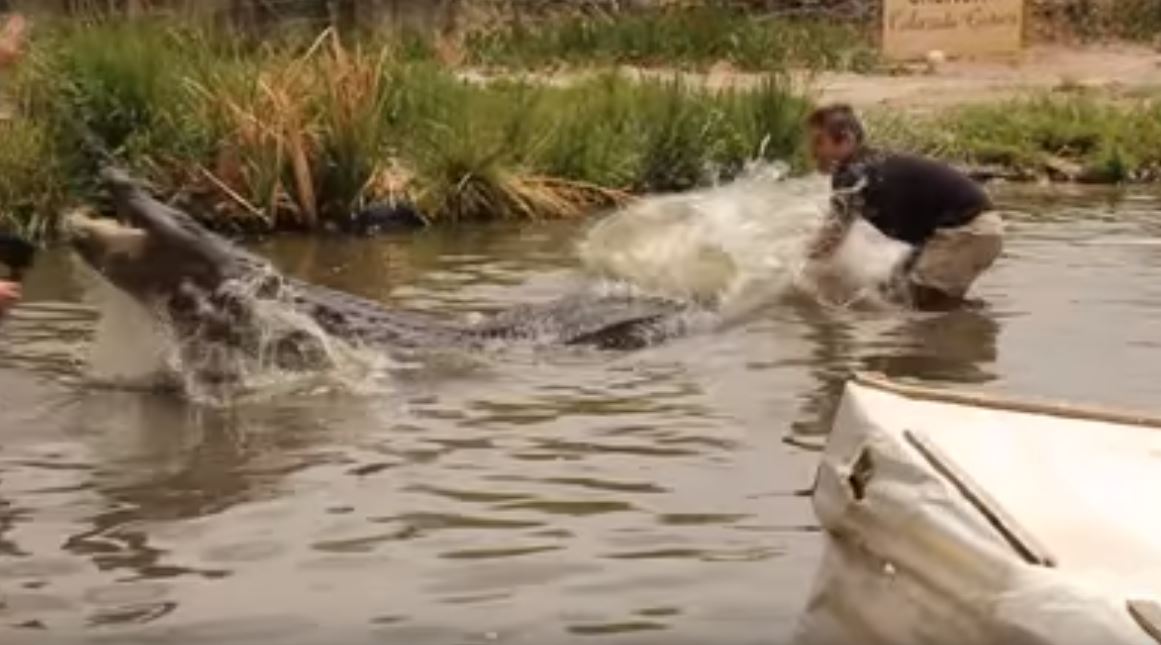 The logic in this one is that the alligator, Bruce, is a fat f**k and he needs some exercise. As you can see, the only way to get him moving is to bait him with food and get him lunging. We think it’s sorta like that aqua aerobics where big bloody Bertha’s walk from one end of the pool to the other. 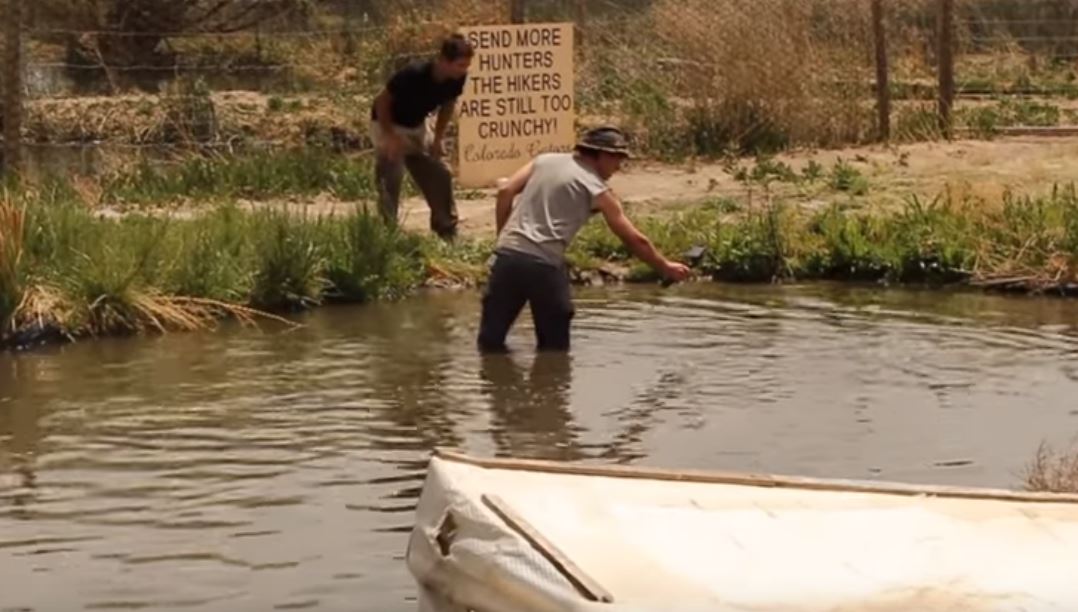 Anyway, in the midst of it all, Wieand comes in and the two of them are exercising the alligator when it disappears into the murk. That’s when the farmer decides it’s time to not take any chances. “Get out, get out, get out!” he says to the YouTube personality. 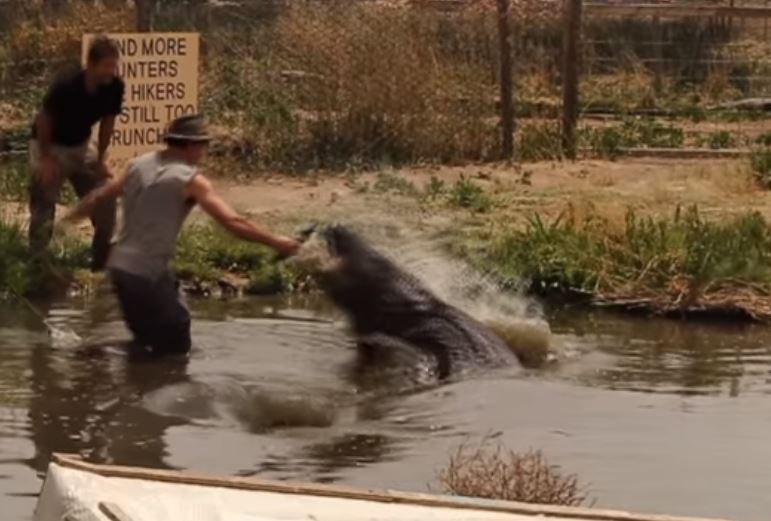 Then, for some reason that can only really be described as hubris, the farmer hovers over the spot where the big f**ken reptile is lurking. Seconds later, it strikes, chomping down on the bloody selfie stick – and narrowly missing the farmer’s f**ken hand! Deadset, have a go at the speed it strikes with! This fella would be sans one ball-scratcher if the thing had been a few centimetres closer. 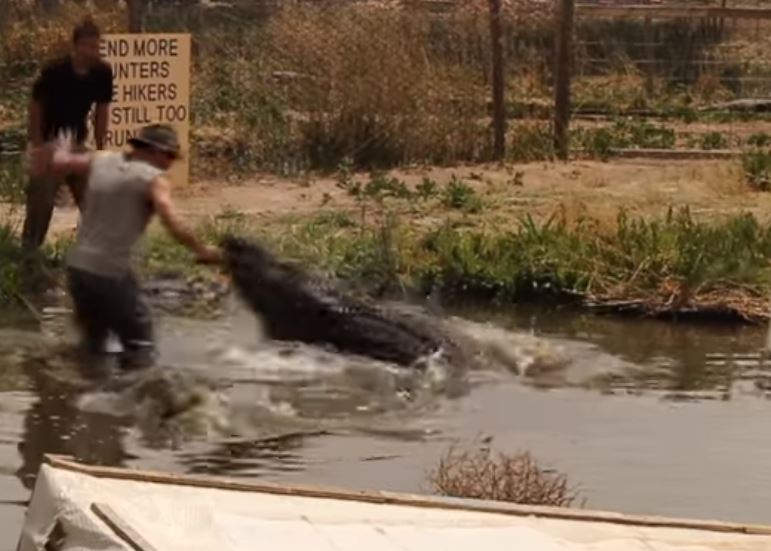 You might have heard them saying Bruce is a good boy, but we’re not so sure. And if he is, he doesn’t want his photo taken!

Final thought: Consider this one a warning, folks. You don’t really want to f**k about with any of the crocodiles, alligators or gharials. They’re all more than capable of making you regret it.