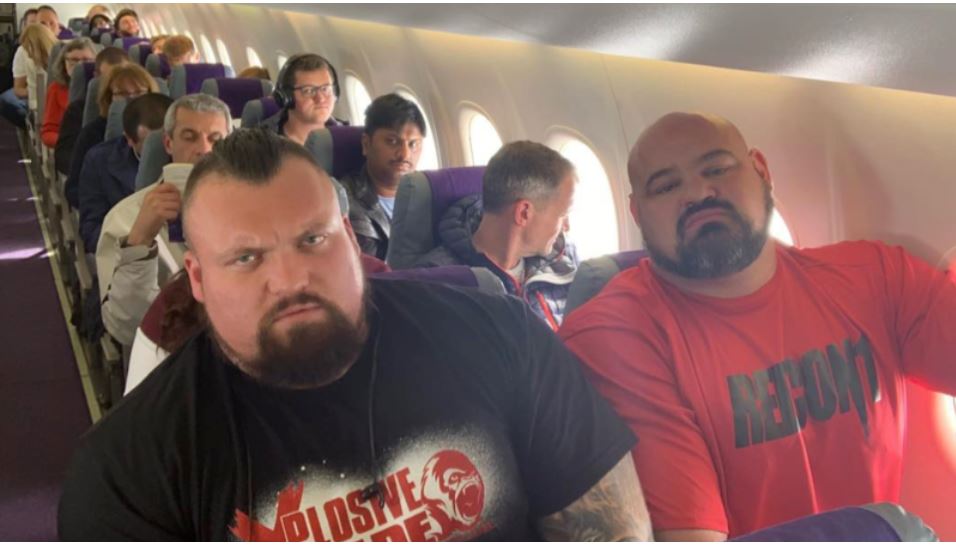 We’re not exactly sure of the chain of events here, but we’re gonna hazard a guess and say we reckon the seats must have been booked together, which makes it the fault of whoever’s booking the seats, but regardless of who’s to blame for these two brick s**thouses needing to share space, you’ve got to admit that it looks pretty funny.

Hall had someone take a photo of the two blokes squeezed in tighter than a duck’s asshole, and shared it to his Instagram with the caption, “The check-in ladies sat me and @shawstrength next to each other on the plane from London to Scotland and no one on the plane would swap seats. Would you swap seats with us? I wouldn’t either.”

It can’t be easy for a big unit like these guys when they fly anywhere – and it’s not the first time Shaw has had to share his space. In January, he shared a pic of him and a lady on another flight. “I seem to fit perfectly in this seat. Thankfully this young lady next to me was a good sport…and was in for a fun picture.”

It’s fair to say, sitting next to the big fella would wear pretty thin after a while. Fortunately, the equation was evened up on this most recent flight! 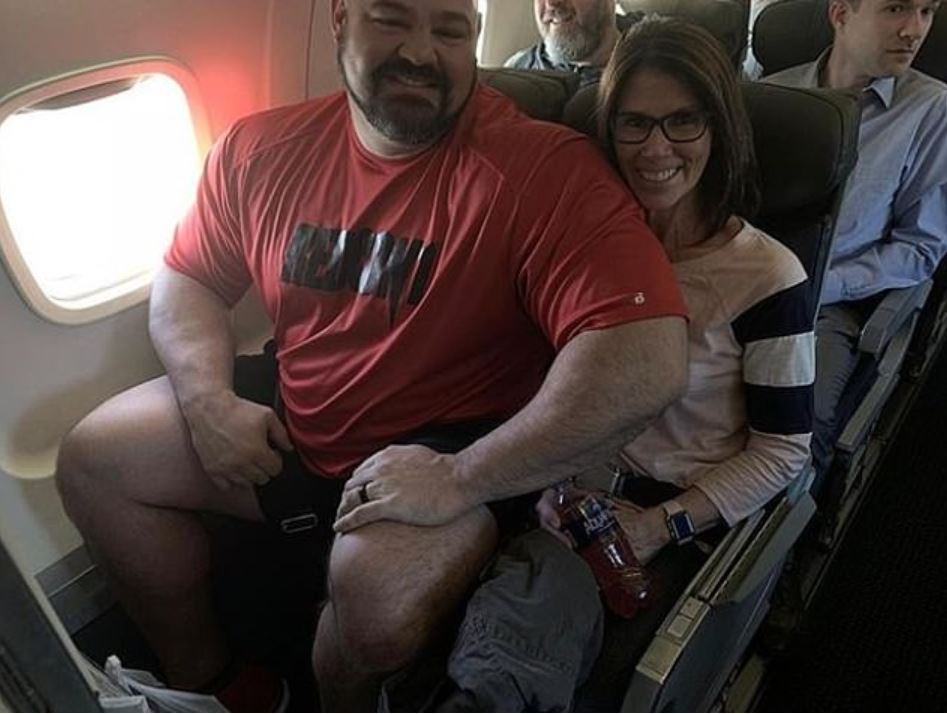 Final thought: Like big Eddie mentioned, you can’t blame people for not wanting to swap. It might be a short flight, but it’s probably best they two blokes get nice and comfy and experience the squish from the other side of the stick.